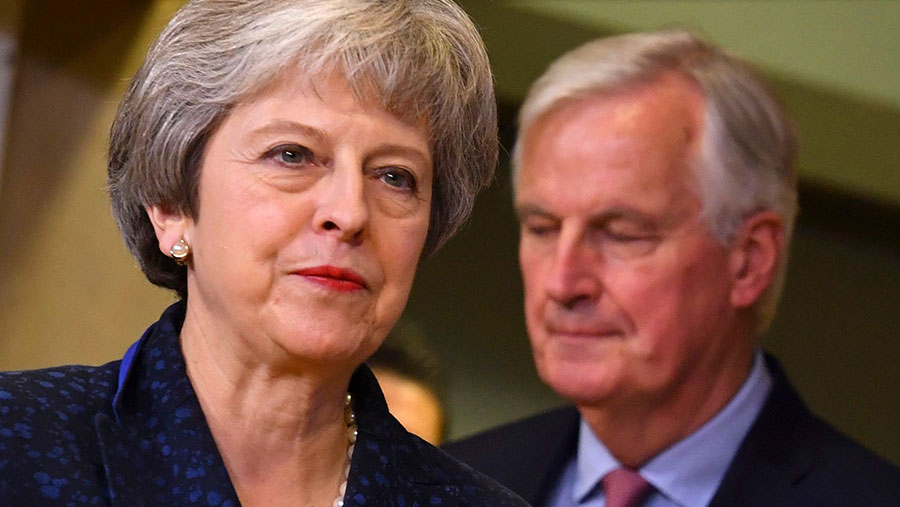 I have done what I can on this farm to get “Brexit-ready”.  My shepherd has gone, my livestock numbers have been significantly reduced and I am trying to imagine my farming future without the BPS.

Two-and-a-half years of Brexit negotiations with the other EU27 countries do not seem to have achieved very much.

Indeed, Mrs May’s 599-page Brexit withdrawal agreement and 26-page Political Declaration are little more then a “heads of terms”, with the real haggling still to come.

We farmers in the Remain camp had quietly been hoping for Brino (Brexit in name only). This would have been a wishy-washy political placebo that would give the Brexiteers the “leave” fix they seem to need, but might have allowed UK farmers to continue to enjoy their share of the peace and prosperity the EU has delivered for the past half century.

Indeed, Mrs May (a Remainer) does appear to have come up with Brino as her proposed solution to the difficulty of “honouring the referendum result” without bankrupting the country.

She hopes for frictionless tariff-free trade, access to the EU for Britain’s service industries and ongoing close co-operation with the EU.

On the face of it, then, what is there within the withdrawal agreement to worry about for Remainer farmers? Sadly, a great deal.

When the prime minister makes her pitch, she starts by giving Leavers what she thinks they want to hear. Alarmingly, this invariably involves the loud proclamation that the withdrawal agreement will allow the UK to “leave the CAP”.

That will leave UK farmers stripped of area payments to be replaced by a “public money for public goods” agri-environment policy.

But funding, Defra secretary Michael Gove points out, will be subject to a regular “government spending review”, which could easily result in the farm budget being cut in favour of other Whitehall priority departments such as health or education.

Farmers are also likely to find themselves open to much more in the way of cheap food imports from non-EU countries.

Indeed, if you strip out the rhetoric, “leaving the CAP” is the only radical change that Mrs May proposes in terms of Britain’s relationship with the EU.

She makes other claims, for instance, that the UK will “take back control of its borders”, but we always had control of our borders; the UK was never part of the EU’s free movement of people Schengen Area.

So, farming becomes the sacrificial victim of Brexit. As far as the EU is concerned, if the UK wants to compromise the economic future of its 120,000 surviving farmers, then so be it. Why should they worry?

And as far as England’s political class is concerned, stripping farmers of their subsidies has very little electoral or economic risk. Farmers make up less than 1% of voters and account for less than 0.5% of economic output.

If Mrs May’s withdrawal agreement, or something very like it, does pave the way for Brexit, I suggest we call it “Brinoeff” – “Brexit in name only except for farming”.