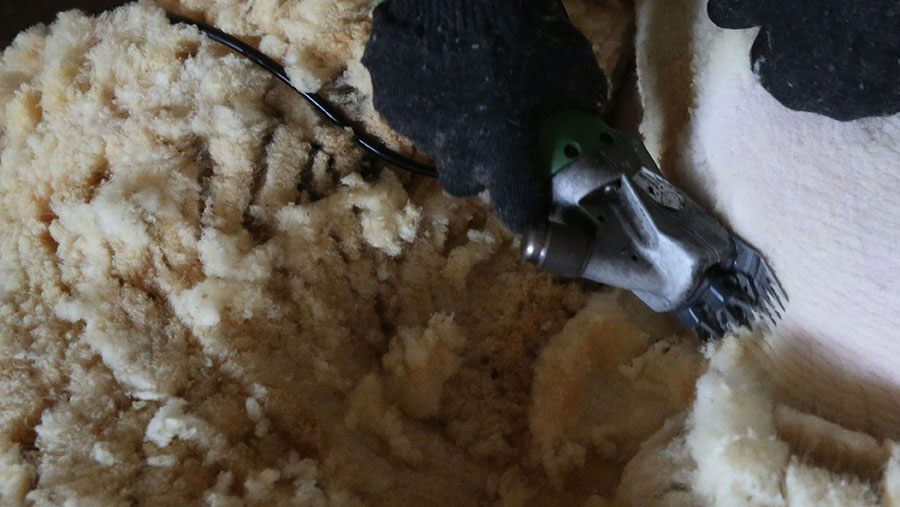 First, the good news. Well done to British Wool for the prompt grading, notification and payment for this year’s wool clip.

If only the Rural Payments Agency (RPA) could emulate this level of administrative competence.

Our latest communication was a letter resetting the “payment window” under our 1 January 2019 Countryside Stewardship agreement. They are now aiming for some time between December 2019 and June 2020.

Perhaps British Wool should diversify by taking over the administrative and payment functions of the RPA and give the net fees earned back to producers. A win-win.

The bad news was the amount we received for the wool. It was pitifully small, representing only 30% of the clipping fee charged by the shearers.

Given the abject state of current wool prices, it was particularly galling to learn that an animal rights group has been claiming that “wool is as cruel as fur” and demanding that the public “stand up for sheep”.

Following 10 complaints, the Advertising Standards Authority has correctly banned the advertising campaign on the grounds that it is misleading.

I think we, as sheep farmers, should do some of our own advocacy on these matters.

No doubt I will find myself explaining the necessity, net cost and absence of harm to the animal, in unsolicited detail to the next poor innocent who asks whether we keep sheep for the wool or the meat.

Ironically, I  get asked this most frequently by hairdressers. It usually comes as the third question after “where are you going on holiday?” and “what do you do for a living?”.

The derisory wool cheque topped off a frustrating clipping season for us.

You can’t clip wet sheep so, given the almost daily rain experienced in Northumberland in July, there were a few false starts before the shearers eventually arrived in August.

Shearing time is the only occasion during the year when we absolutely, definitely need to have power to operate.

So, in accordance with Sod’s Law, the morning the shearers arrived was the one on which a large tree, destabilised by weeks of storms, keeled over onto our power line.

No power – no clipping. It took a couple of hours to locate and borrow a generator so shearing could begin. Then it started to pour down again and “rain stopped play” for another two days.

Our mains power supply was restored within five hours by a crack squad of engineers, who zoomed in like Northern PowerGrid’s answer to International Rescue.

Their efficiency made quite a contrast with our landlord, who has so far done nothing about the large hole in our house wall, which was also damaged by the falling tree. It has been over a month and winter is coming.

Indeed, the way things are going, it would be no surprise if some endangered species moves into the hole and we are forced to accept a newly designated mini bat-cave as a permanent feature, along with the draft.

Meanwhile, on the Brexit front, I am quietly encouraged that the prospect of a no-deal exit from the EU on 31 October seems to be receding, and there is a sporting chance that we will be able to sell this year’s lamb crop at pre-tariff rates.

As tenant hill farmers experiencing record low wool prices, expecting a six-month wait for our stewardship payment and living with an actual hole in our wall, we’ll take all the good news we can.