I used to have a green folder on my desk marked “Good intentions” and I would put projects in it which I planned to eventually get around to.

These were jobs such as updating our COSHH assessment, erecting more owl boxes and repainting old items of machinery. These sort of tasks invariably fall to the back of the queue since no one moans at you if you fail to do them.

Gradually the folder got too full and I had to start storing these good intentions in wooden potato crates instead. I kept the crates in a 40ft disused lorry trailer until that too became full.

Then two years ago I got a secretary.

Not just any secretary either: I got a Deborah. She’s like a personal trainer who, instead of making me do star jumps and burpees, makes me sit at my desk and not get up until I have completed our BPS application and listened to my answerphone messages.

Now that Deborah is here to help, I am finally delivering on good intentions. 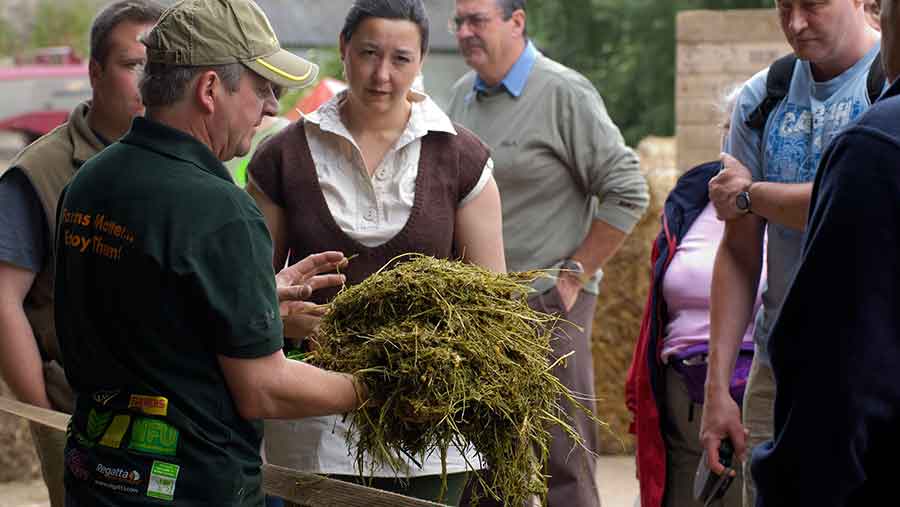 Holding an Open Farm Sunday event was one such project. Ever since we have been involved with Linking Environment And Farming (Leaf), we always planned to hold an open day.

Each year, as the registration deadline approached, I would be put off by the amount of work involved and the thought of all of our neighbouring tractor drivers coming to kick our tyres and tell us that the bearings on our power harrow look dry.

See also: Proud to be among a dwindling breed

This year, with Deborah firmly in the driving seat, we finally hosted our first Open Farm Sunday. We have had building work going on here continuously since 2007, so it was time to tidy the site up and welcome the neighbours who have suffered from the noise and inconvenience.

We decided not to be too earnest and instead focused on making a fun day for the family.

We set up a stage and hired a number of local bands, we booked a bar, organised art competitions and a flower-arranging contest. We even invited the local enthusiasts to take part in a vintage tractor rally.

With the overwhelming support of our neighbouring farms, the event gradually snowballed. Someone offered us the old games from our local village fete and so we set those up, including a set of skittles that are at least 120 years old.

The tractors were washed, the signs went up on the main road, we sponsored the local parish magazine, contacted the local schools and leafleted the neighbours. And then we waited.

We had no idea how many people would come along. Would it be 10 angry people coming to complain about when we got mud on the road in 1998?

In the end, the weather was glorious and we had about 1,500 visitors and had to run a shuttle service from car parks at both neighbouring farms. The most joyful part was that many visitors were local people who had never set foot on a farm before.

In the past few days we have been deluged with positive feedback. Most people in our village travel to work, to buy their groceries and for leisure, so there are very few occasions where local inhabitants come together as a community and celebrate what is going on around them.

Altogether it took several hundred hours to organise (many of them Deborah’s) and cost about the same as a very nice holiday. I can’t help thinking it was probably the wisest investment we have made in a long while.