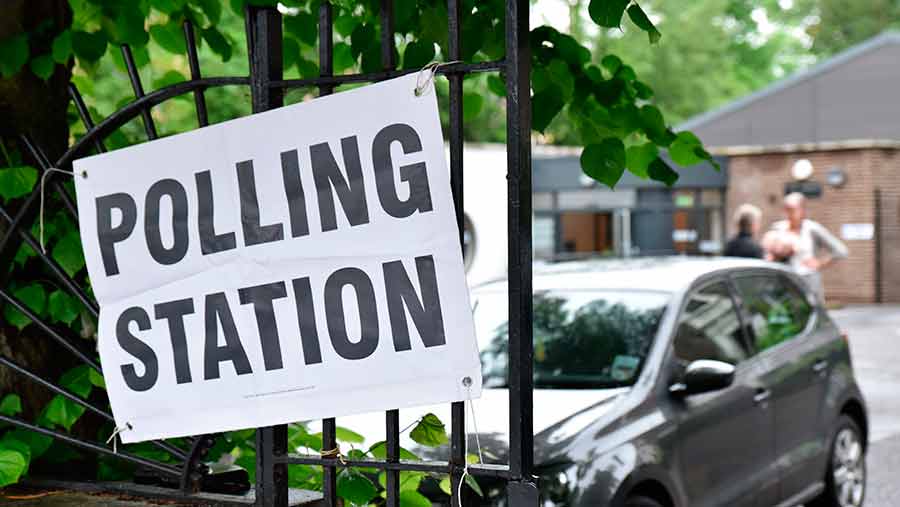 I had a hard copy of my online 2016 BPS claim on my lap. I was nervous. I was settled with a group of friends in front of Mr Dimbleby to watch the results of the EU referendum.

The pollsters had put Remain comfortably ahead by 52/48 and the bookmakers agreed – as did the City of London.  As soon as the polls closed, even Nigel Farage conceded that Remain had “edged it”.

Perhaps it was going to be OK then? Slightly reassured, I patted the form and we toasted a secure farming future within the EU in an otherwise insecure world with a glass of Reinheisgibot German lager.

Gibraltar was the first to announce a result and, as forecast, it produced a huge majority for Remain. Hurrah! Determined to show solidarity with EU farmers in all 28 member states, I handed my friends a selection of Lidl Greek, Italian and Spanish olives and a selection of bargain Aldi European cheeses.

In no time, Dimbleby announced we were off to Sunderland. It was forecast to vote solidly for Remain.

I glanced fondly down at my BPS claim. “Your choice of currency. If you want be paid in euros…” but my attention was broken by gasps of horror from assembled family and friends.

Sunderland had voted to leave. A delicate slice of delicious Bresse Bleu turned rancid in my mouth. A friend said: “I think I’m going to be sick.”

Soon Newcastle was adding to the gloom. Desperate for reassurance, I glanced down at Part C Field Data Sheet 7 of 27.

This is my favourite page as it contains my biggest field. “Maximum area eligible for BPS (ha) 54.4904.”

But there, of course, was a little reminder of what the EU, for many, has come to represent: a bureaucracy gone mad to the point where farmers are required to measure their fields to four decimal places before they can claim a subsidy.

As further referendum results rolled in they confirmed that Sunderland was no blip but part of a firm trend towards a significant “Leave” majority.

Hoping that none of our guests noticed, I rolled my BPS claim into a scroll and slipped it against my cheek for extra reassurance.

By now the studio guests and analysts were discussing how the polls could possibly have got it so wrong. The pound has “fallen off a cliff” and the stockmarket was down 10% on overnight trading in the Far East – both record declines.

My guests were gone and my family had retired to bed declaring that they’d “seen and heard enough”. I drifted off to sleep on the sofa as Dimbleby took us to Wales for further results. My dreams were not pleasant….

A British Agricultural Policy (BAP) has been imposed on farmers in England, Wales and Northern Ireland  (Scotland having voted for independence and remained within the EU).

BAP involves the withdrawal of all direct payments to farmers, with taxpayers’ money only available for the “re-wilding” of the uplands.

Guardian columnist George Monbiot is appointed to implement the policy and declares that even the South Downs in East Sussex is ‘suitable for the immediate re-introduction of wolves, beavers, wild boar and bears.

I was jolted awake from this nightmare to learn from the screen that enough votes had been cast to declare that Britain had voted to leave the EU.

All alone, I instinctively did what I always do when I’m really stressed and started to suck on the page of my BPS claim that lists my number of eligible non-severely disadvantaged area entitlements.

This always calms me whatever worries I have about poor grain prices, cheap Brazilian beef and New Zealand lamb on the supermarket shelf or my rising costs of production. But this time, to my horror, the paper just dissolved to pulp in my mouth.