Somewhere, deep within the bowels of the RPA, there is a very important policymaker.

Next to nothing is known about this bureaucrat, apart from the fact that his (or her) day-to-day decisions have huge influence of our farming lives.

Most of the time, of course, the influence is sensible and endurable, if occasionally irritating and frustrating.

Opinion: Never mind Brexit, what about my meniscus? 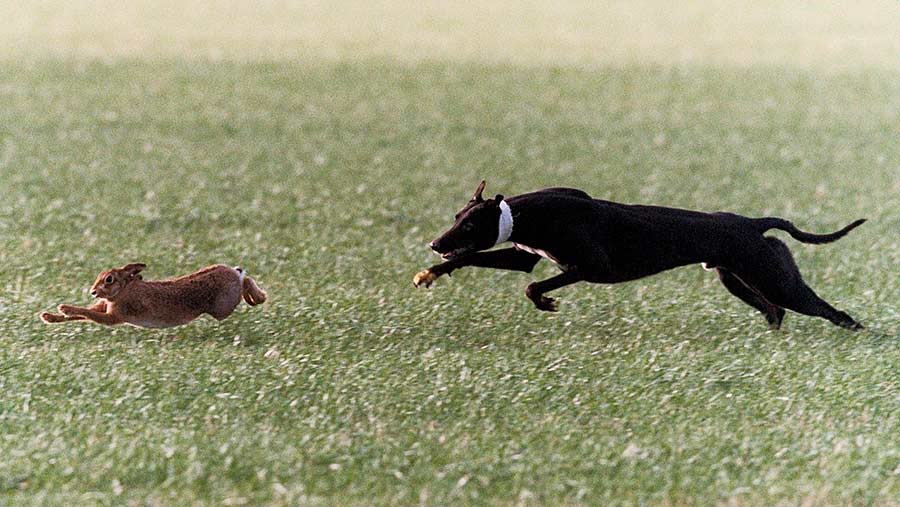 But one recent ruling is so bizarre, so stupid, so utterly, jaw-droppingly bonkers that it has left arable farmers up and down the country stunned.

And it’s a ruling that tells us one thing about this RPA policy wonk: he (or she) likes a walk in the countryside of central Hampshire.

Some years ago, my particular part of central Hampshire was experiencing yet another wave of hare coursers.

Nothing would keep them off the fields. Gates, hedges and old bits of farm kit were no deterrent – they simply drove round/through what they couldn’t bash down, and stole what couldn’t be driven through or bashed down.

News reached us that a farmer in the north of the county had invested in a massive single-furrow plough, perfect for leaving a ditch that even the butchest 4x4s couldn’t cross.

So it was that an enormous Fendt arrived one day, complete with plough, and set to work. In only a couple of hours, long stretches of open field boundary were rendered impassable, leaving single exit/entrances – not handy for farm work, but unpopular with the coursers, who like a selection of exits if they know they’ve been spotted.

But there was a curious moment in the field opposite Joan’s Acre House, when the Fendt sat down hard on its massive back tyres and grunted.

Water in the ditch

There was a change down of gear, a bit more throttle, and up from the deep came a previously unknown water pipe – a “live” one, too, which proceeded to gush fresh water into the now-finished trench.

This was in the late evening, so some DIY plumbing was called for, with bits of broom handle, black tape and Jubilee clips – the all usual stuff you find in the back of farm truck. The gush was restricted to a trickle, Fendt-man went on his way, and all seemed well.

It was, I suggest, at this point – or maybe early the next morning before Hants Farm Water Services came out to do a proper repair – that our RPA wonk walked past, possibly on the National Trust’s round-the-estate route, saw the anti-coursing ditch, saw that it contained water, and made a mental note of it.

It’s the only possible explanation for the absurd ruling, reported in Farmers Weekly in April, that the RPA was considering ditches that have been dug to prevent illegal access to be watercourses, and therefore subject to the “onerous” rules and regulations of GAEC1.

They must have 1m buffer strips, no fertiliser and worst of all, bearing in mind the flush of weeds that emerge after any digging, no chemicals.

If only I could persuade that wonk to come back and examine that ditch again. I need him (or her) to see that there is no water coursing in it, which – call me old-fashioned – would be a prerequisite for something to qualify as a “watercourse”.

It’s no more a watercourse than the final furrow left by the headland ploughing we were all encouraged to do in the early days of set-aside – to keep the raves at bay.

Come on RPA. Forget the burst pipe: it’s a dry ditch. GAEC1 should not apply.