“Come bye” and “away to me”. You have most likely heard these commands shouted across a field to a sheepdog.

They mean left and right and – so an old hand told me – they originated from farmers ploughing with shire horses many decades ago.

Ploughing with horses, gathering with sheepdogs, dry stone walling and laying hedges – the list goes on. These are the skills that made up the backbone of British farming.

Time is slowly eroding them and they are only kept alive by a minority of us with the dedication to continue.

I should have been born earlier in the 20th century, as I would have been more at home walking behind a shire horse all day than listening to Chris Evans in my tractor cab.

You probably now think I’m a prehistoric idiot – but while I agree that farming has to move on, we are at risk of losing basic farming skills.

Take satellite navigation on tractors. Perhaps it’s not such a wonderful innovation if you consider that we soon won’t be able to find a young person who has the basic skills to drive a tractor straight.

As for whether we will ever see driverless tractors, I doubt it because there would simply be too many health and safety issues.

We are told we need these machines – computers and robots that take over our basic skills – because the population is growing at such a rapid rate.

Whether they are needed is one question. And even if they are, can we afford all these gadgets? 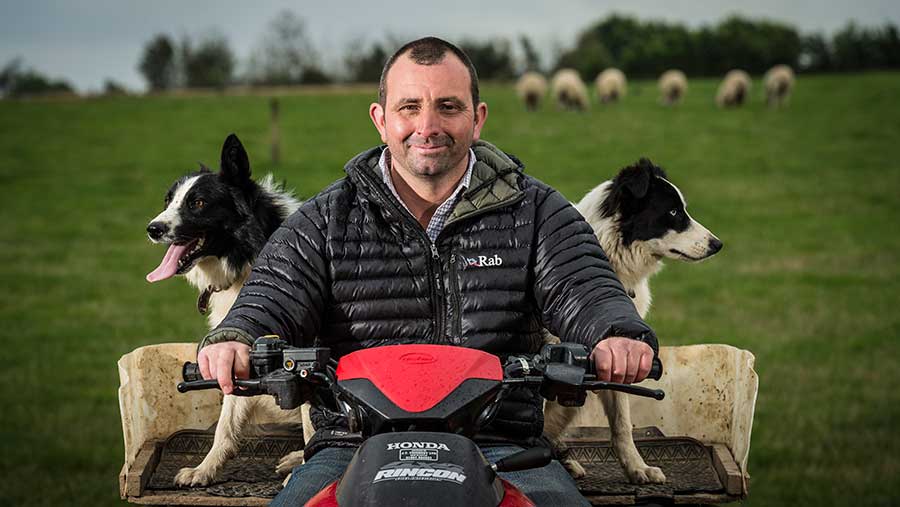 If the weather is “set fair” at harvest, I always try to jump off the combine to catch last orders at my local to wash down a bit of dust.

There is a picture by the bar of a hard-working family from the 1920s sat among wheatsheafs, having a well-deserved lunch break.

I often enjoy my pint while envying this family, as nowadays, if a combine stops for more than two seconds, whoever is in charge of the proceedings will soon race up the field to see what the problem is.

No problem with obesity

They say a picture tells a thousand tales. There is no doubt that the people in that photo had more skills than us modern-day farm hands.

But what really jumps out at me is the look of well-being on their faces. What is also apparent is their slight figures.

There would be no problem with obesity in those days. They would have needed all the fat bacon and bread and dripping they could lay their hands on to maintain energy levels for such a gruelling day of manual labour.

This reminds me of our old shepherd Joe, who was around when I was eight years old. He was of very slight build, but could do the work of two men. I remember his speciality at lambing time to keep energy levels up was a rhubarb sandwich.

It consisted of two pieces of inch-and-a-half-thick slices of bread, enough butter to put your local GP into cardiac arrest and a big trunk of rhubarb stuck through the middle (and you thought a Big Mac was tough to get your chops around!).

There is one skill in farming dear to my heart that quad bikes have threatened. However, in the past few years the working sheepdog is back on the scene with a vengeance.

A couple of months ago I did an interview for the BBC about a sheep-worrying incident with a dog on this farm.

After the interview, the reporter asked if I knew anyone who rounded up sheep using a drone? I told him that I thought it was a ridiculous notion and all it would do was scare the sheep.

I quickly went on to show him how good my dogs were. I challenge anybody to pen 200 ewes with their lambs faster than I can with two dogs.

In the mid-1990s, sheepdogs were in danger of disappearing out of the public eye. Tony Blair’s mates were in charge of the BBC taking countryside programmes off air, including One Man and His Dog.

The past 15 years have, however, seen the working sheepdog kept alive by celebrity shepherds such as Thomas Longton, Katy Cropper and David Kennard.

They all promote its greatness with demonstrations at shows and fairs. But is only recently that sheepdog trialling has again become more popular, with massive interest abroad in such countries as Japan and America. Sheepdogs are now being sold and making record-breaking prices all over the world.

The top 150 dogs in the country will be taking part at the English National Sheepdog Trials on 5-7 August at Castle Howard near York.

These dogs have qualified through a points system at local open trials and the event is a great day out for the whole family.

I will be competing at Castle Howard – it’s a privilege that two of my dogs qualified for the nationals this year after a lot of miles and time accumulating the wins to enter.

It also means I have two shots in my barrel for the title itself, although any of those 150 dogs and their handlers are quite capable of winning.

Frankly, just finishing in the top 15 would be a fantastic achievement that would enable me to represent my country at the international and world trials. It takes a few years of dedication to get a dog to this level. Sheepdog training is a bit like farming itself – it involves a very long apprenticeship.

James Read farms sheep and arable crops on 400ha, on the edge of the Lincolnshire Wolds at Louth. He and his wife Sally have a young son, Tom.