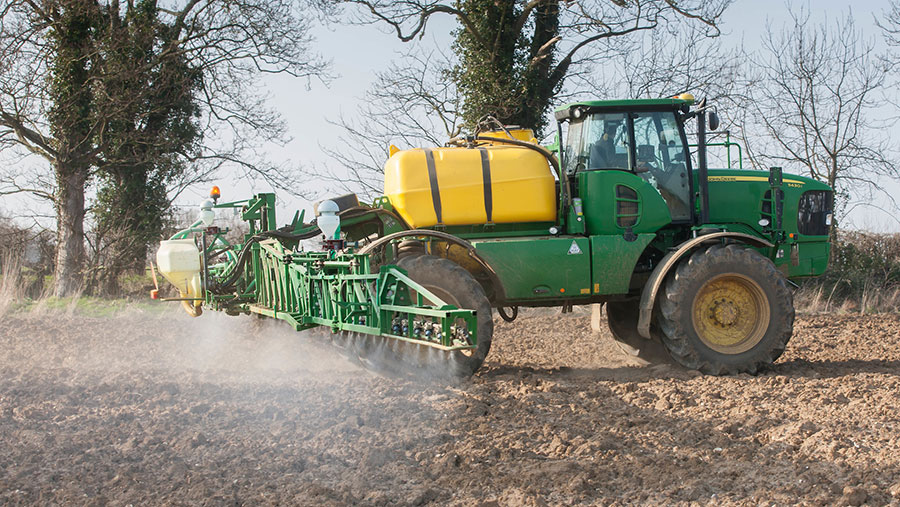 After many adventures in space, time and the Restaurant At The End Of The Universe, Ford Prefect updates the Hitchhiker’s Guide to the Galaxy entry for Earth – from “harmless” to “mostly harmless”.

Such a change in emphasis has now tripped up Monsanto in a California court, in respect of the weedkiller glyphosate. For when the perception of a harm is that it causes cancer, its position, science or no science, will become increasingly under attack.

Add to that the shifting stance of the European Union towards continued approval of glyphosate, and questions over its ecological effects, and we have a perfect storm heading our way. We allotment holders had better head to the garden centre and stock up.

There is no objectivity in this issue. You can read as many scholarly articles proving glyphosate causes all kinds of problems, as you can that it really is harmless. Just take a side, and arm yourself with the “facts”.

The best article I read recently was by the Soil Association, (no friend to glyphosate). The Impact of Glyphosate on Soil Health reviews many studies, listing those that demonstrate no effects, along with those that do. We need more studies, it concludes.

Given its massive worldwide use, glyphosate is frighteningly under-researched. Different formulations can have more far-reaching effects than pure glyphosate. Water availability, temperature and soil type can all affect its breakdown.

That makes me uneasy. Glyphosate has become the go-to pesticide of our era. It’s cheap, easy to use and it works (you wouldn’t use it if it really was harmless). The problem with a substance used widely and in quantity, is that we often find out way down the line what it really does. DDT, anyone?

The more we use glyphosate, the more we are likely to get problems. Take resistant weeds, for one. Pre- and post-harvest application is one thing, but growing Roundup Ready crops you can spray with glyphosate raises the risk of resistance hugely. If a product was ever supposed to be used sparingly and isn’t, it’s glyphosate.

The reliance on glyphosate in no-till farming is a challenge too. We protect the soil carefully through an entire season, encouraging beneficial soil flora and fauna and promoting structure and N-uptake with cover crops. Then we come along and apply a total herbicide, without really knowing what it’s doing to soil organisms and nutrients.

Farmers, gardeners, conservationists, local authorities, utility companies… we’ve all been relying on glyphosate. While alternatives have been and are being researched – crimper rollers on cover crops, for example – you can be sure the research would have been quicker and better funded, but for our reliance on glyphosate’s trusty ability to knock weeds on the head and leave that satisfying orange glow.

Back to the science, and taking sides. On one side, Monsanto’s legal team is right to point out that a study that declares glyphosate a hazard is not the same as evaluating its actual risk. On the other side, are all the “citizens against” groups that see in the California verdict a blow against the power of the faceless big corporation.

Glyphosate may be mostly harmless, but depending on it is not. And at some point it will be banned, or restricted, be it purely for politics, or when the evidence catches up. By all means let’s fight for glyphosate; but let’s start coming off it.