The girls are taking over. My second daughter Siena arrived safely on 24 September and now I’m outnumbered by three to one.

I’ve never lived with so many women before but my wife says I’ll be fine as long as I build another shed for myself, and a second bathroom for them.

It’s great to have Siena here, but she could have timed her birth slightly better. She decided to introduce herself two weeks early, just as drilling was getting going.

Luckily for me, I was able to take a few days off. It’s always handy to have family around at times like this, and my dad and uncles kindly agreed to fill in for me while I was away. 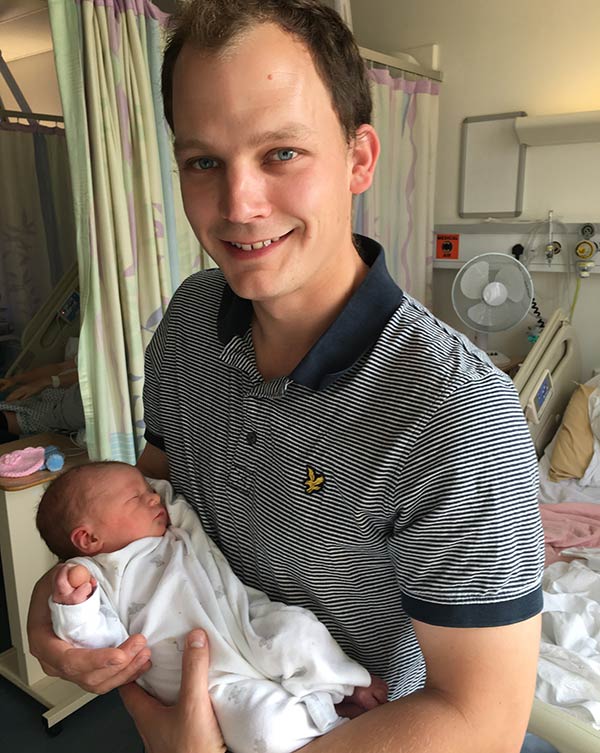 Welcome to the world Siena Sargent! She arrived on a Sunday night

Unfortunately, we’ve had a few machinery problems this year. Our drill has broken down several times, the plough needed fixing and heavy rain meant we had to pull up land that should have been ready to drill.

But despite these hiccups, we’ve managed to make relatively good progress. One of my dad and uncle’s favourite sayings is: “Prepare for the worst and hope for the best”, and that’s been a good way to look at things recently. 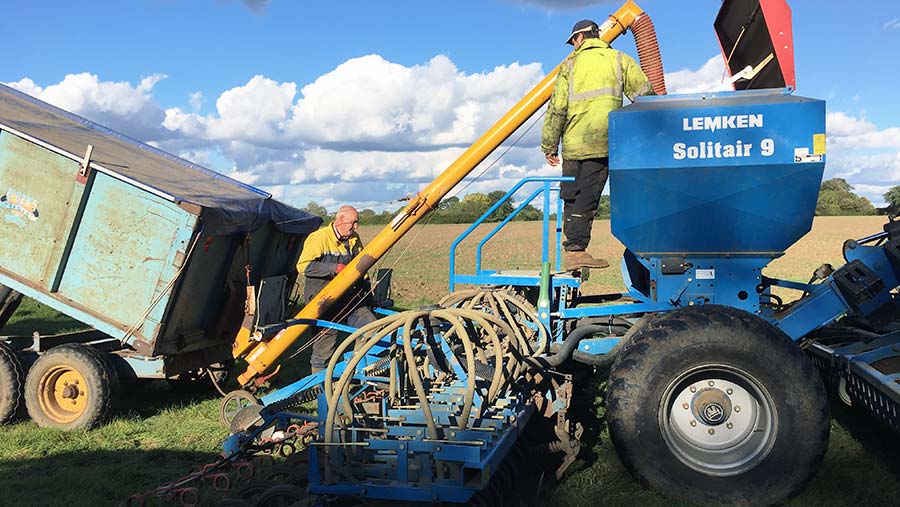 Woody (L) and Gary (R) loading up the drill

Away from the land work, I’ve recently become a student again. It felt quite odd when I arrived at Easton College, but so far it’s definitely been a worthwhile experience.

I’m learning new things every day on the farm, but getting to know more about different farming practices can only be a good thing. 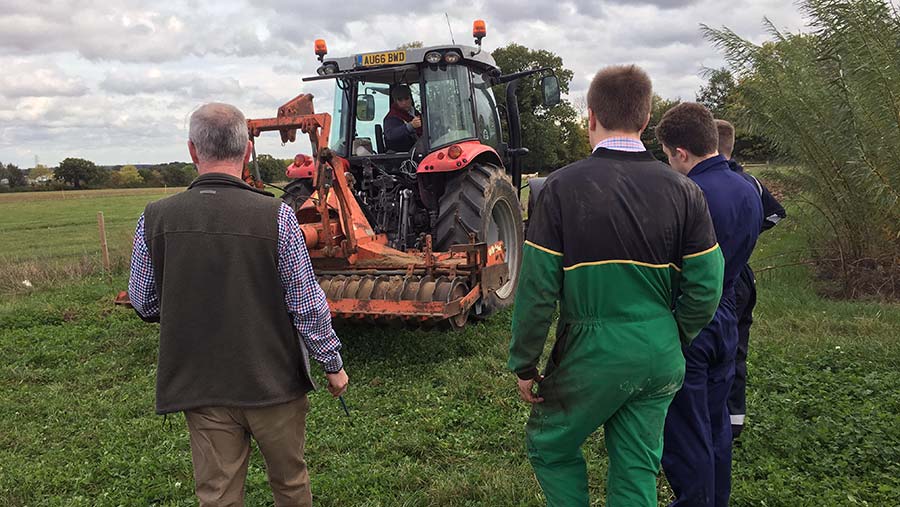 I think I’m the oldest student in the class by some distance but I don’t mind that at all. I know some of my classmates have been reading my Farmers Weekly columns, so I’ll expect to get some feedback on this one.

One of the more unusual things we produce on our farm is miscanthus. The biomass market has a lot of potential, and we recently hosted a farm walk for people who may be interested in going into it. 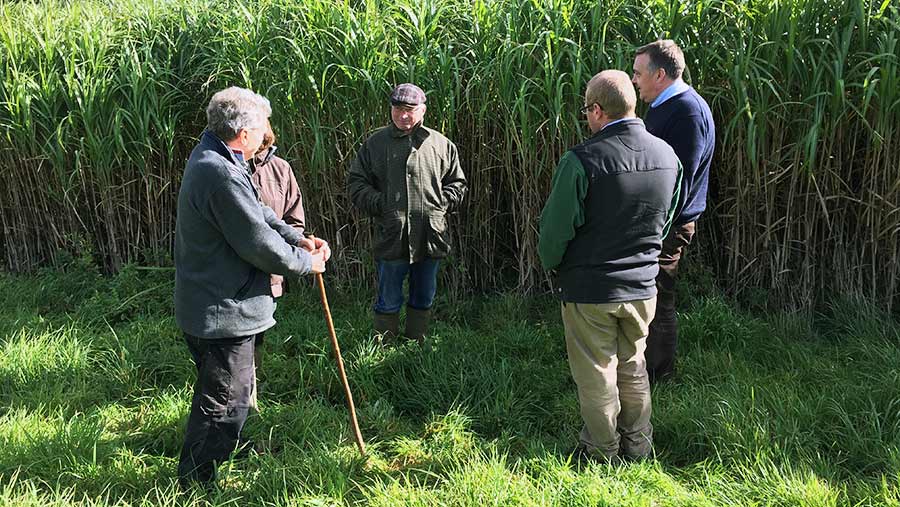 Dad (far left) shows the farmers around our miscanthus crop.

My dad and I enjoyed showing the group around, and thanks to the representatives from Terravesta, the company we produce the crop for, I now know a lot more about miscanthus.

As I mentioned earlier, I’ve been spending a lot of time with girls recently, but I have had a bit of male company. I recently recruited my dad’s dog Tipple, to join me on pigeon patrol. 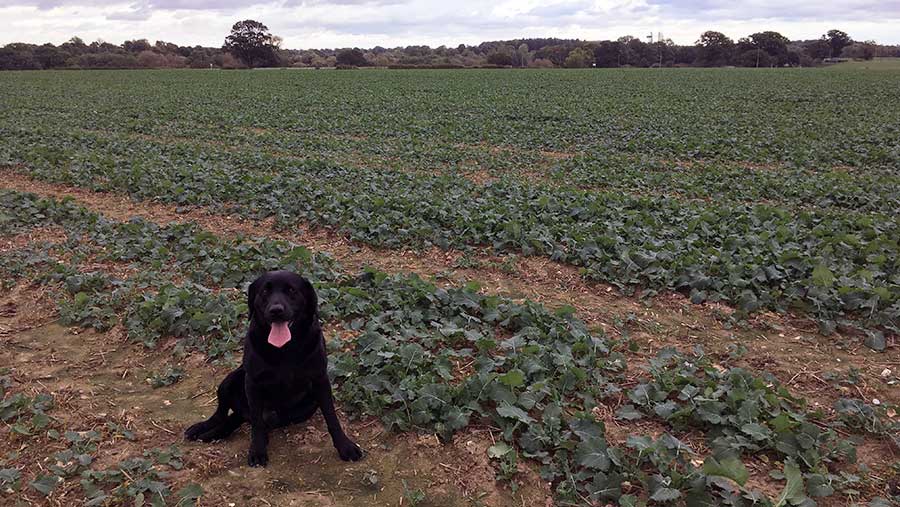 Tipple is a good addition to the pigeon patrol

He’s fairly handy at dispersing the pheasants that are trying to nibble the oilseed rape, and it’s been a good opportunity to train him up a bit.

I’m hoping he’ll help retrieve some game for me this shooting season, so we need to start building up a good understanding of each other.

He’s definitely got a good nose, so, fingers crossed, he’ll perform well when things kick off in November.