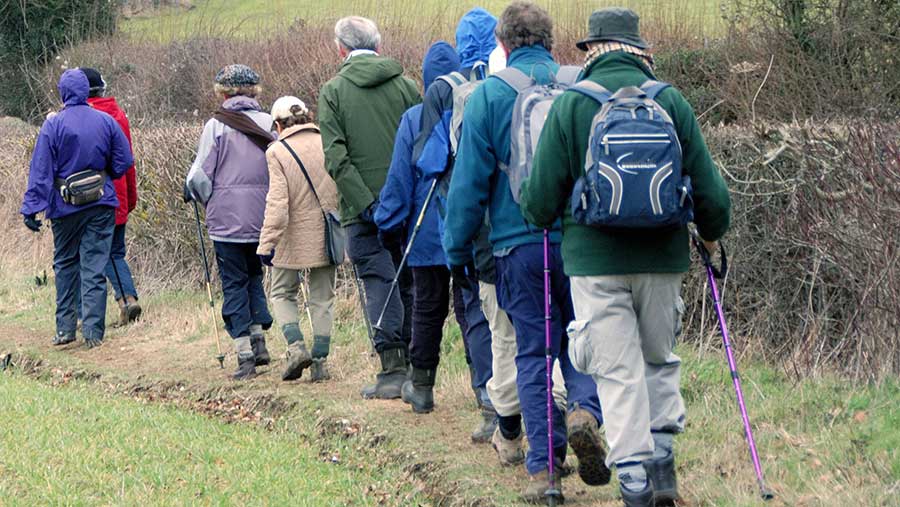 Farmers should be paid to open their land to the public, maintain footpaths and encourage more people to spend more time in the countryside, says a report.

The recommendation is made by a House of Lords committee, which says more should be done to promote public access to the countryside.

Public access should form part of the new system of farm and environmental payments to be applied following the withdrawal of the UK from the EU, it recommends.

It says: “We recommend that the government should include payments for maintenance and enhancement of public access within this new system of public funding, although we note that this could have implications for food production and the natural environment.”

The recommendation is made in a select committee report called The countryside at a crossroads: Is the Natural Environment and Rural Communities Act 2006 still fit for purpose?.

The committee has spent months scrutinising the effectiveness of the Act, which gives government landscape agency Natural England responsibility for promoting access to the countryside.

Published on Thursday (22 March), the committee report says evidence suggests Natural England is dominated by conservation and biodiversity concerns, to the detriment of promoting access.

Diminishing funding and a reduced capacity for publicity and raising awareness has limited the part that Natural England can play in promoting public access to the countryside, it argues.

“This situation needs to be addressed,” says the committee.

But it warns that public access, which is to be “welcomed for many reasons, needs to be balanced against the needs and demands of farming practices, wildlife, natural habitats and biodiversity”.

The committee says it agrees with the NFU that the Countryside Code should be revised, updated and properly promoted to encourage responsible use of the countryside.

Natural England should have sufficient resources to deliver against all elements of its general purpose, says the committee.

The report adds: “It must also have the capacity to undertake effective promotional work and awareness raising activity.”

Encouraging public access to the countryside should be appropriately prioritised by Natural England, with due regard for the protection and management of sensitive wildlife sites.

“As part of this proactive, balanced and responsible approach to promoting public access we also recommend that Natural England should revise and relaunch the Countryside Code.”