Farmers Weekly readers and FWi users have been sending in their pictures showing the extent of the flooding being felt in north east England, the Scottish borders and parts of Wales.

Here is a selection – you can see more on our weather pictures photo gallery along with some more caption details. 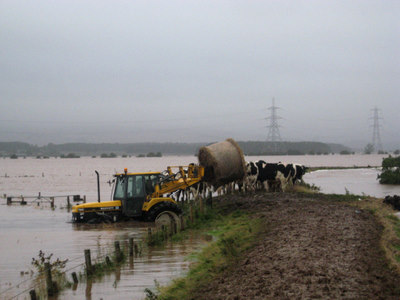 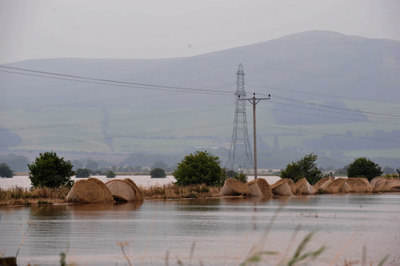 Ground farmed by Bob Maxwell from North Doddington Farm, Wooler, which saw the worst floods for over 100 years. Around 5 inches of rain fell in five hours causing the river Till to burst its banks and flood defences flooding some 16 sq miles, covering crops and livestock. 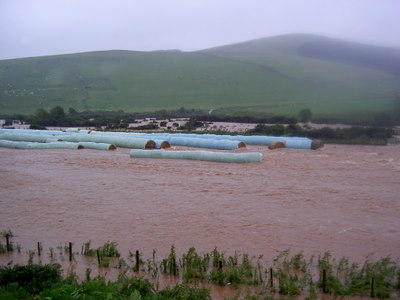 Charles Symons from Attonburn took this shot of the extensive flooding in the Bowmont Valley, near Yetholm in the Scottish Borders over the weekend of 6 September. 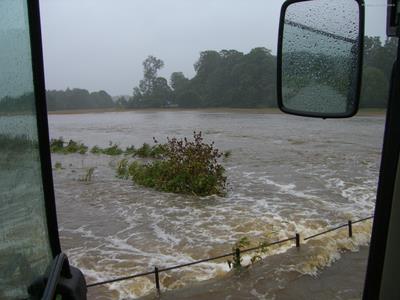 Underneath all this lot is a first wheat which had yet to be cut by David Philipson of Angerton Home Farm, Hartborn near Morpeth in Northumberland on 6 Sept. The water has now gone done and the crop is actually standing up quite well, all things considered, but with rain still falling there will be no chance of salvaging the crop in the next few days and it will have sprouted after that. 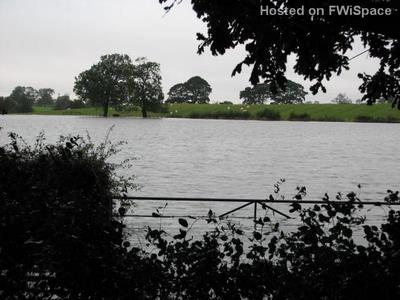 This lake of water is ground owned by Gordon Meek of Eland Hall Farm. Ponteland which he had been hoping to drill with OSR. The picture was taken on 6 Sept when Mr Meek had about 100 acres of his 450 acre farm under water. He has fortunately finished his own combining but still has about 250 acres to cut for neighbours. But the combine has not moved for more than a week and any other work is imposssible because conditions are so bad and the soil is saturated.

See more pictures – and upload your own – on the gallery. You can also send pictures and videos to us direct