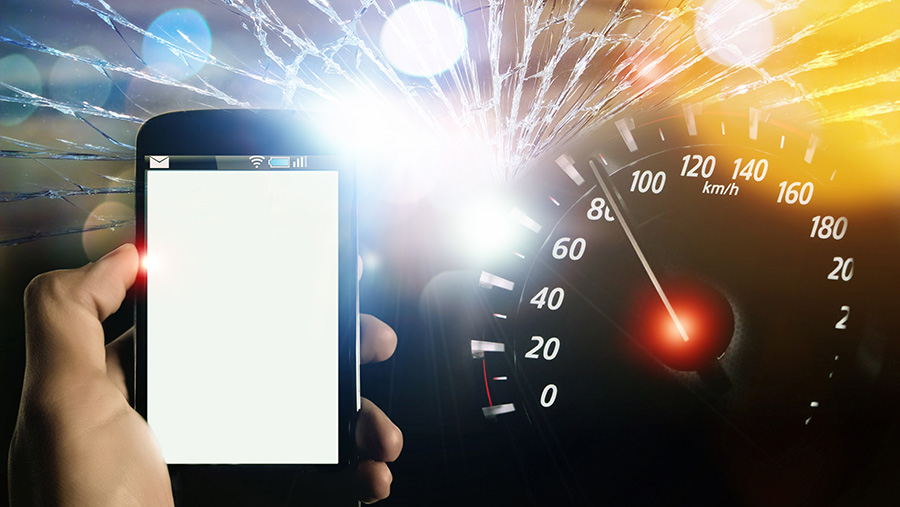 Farmers are being warned about the dangers of using mobile phones while driving machinery on roads following a number of recent offences.

It comes after police forces in the Midlands caught three tractor drivers using handheld mobile phones while driving on busy A roads over the past fortnight.

On Wednesday (16 September), officers from Staffordshire Police Road Policing Unit spotted a John Deere tractor being driven along the A50 road in Foston while the driver was on his phone.

The vehicle was pulled over and details of the incident were posted on the unit’s Twitter account with a photo of the offender.

This Driver stopped on the A50 at #Foston for using his #Mobilephone. One of the #fatal4 offences.#oplightning #projectedward. pic.twitter.com/Tl3NlxPyQ3

While @FarmingDevon, a farm manager based in north Devon, pointed out that there was “no excuse” as modern tractors are Bluetooth equipped with the radio.

On 1 September, Staffordshire Police stopped a tractor driver for using his mobile phone while driving on the A4601 road in Cannock. The driver was reported for summons.

The same day, officers from West Mercia Police stopped a tractor driver on the while he was “deep in conversation” on the A491 dual carriageway in Hagley, Worcestershire.

Whilst in Hagley, C shift officers in a marked Police Vehicle found the driver of this tractor deep in conversation on his mobile phone as he drove along the A491 Dual carriageway #fatal4 1104 pic.twitter.com/k7uqPm1RE0

Using a mobile phone while driving is one of the four most common reasons for road deaths, known as the “Fatal Four”. The others include drink and drug driving, speeding and not wearing a seat belt.

“In the past five years, Staffordshire Police have recorded 6,665 offences of driving while using a mobile phone, that’s an average of 111 per month.

The punishment for using a handheld mobile phone when driving is six penalty points and a £200 fine.

New drivers, who have passed their test within the past two years, will have their licence revoked if they accrue six or more penalty points within that period.

NFU Scotland launched a campaign this summer warning of the dangers and penalties of using handheld mobile phones on public roads.

A union spokesman said: “It is an offence to use a handheld mobile device while driving, whether that be to make a call, read a text or any other reason.

“If you must use your phone when driving, then use a hands-free system and keep the number of calls and your call time to a minimum.”