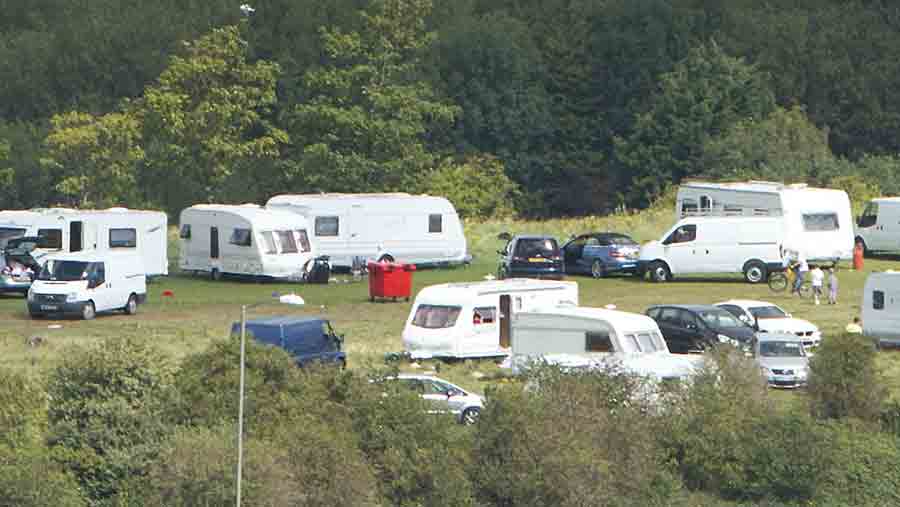 Proposals to hand police more powers to deal with illegal traveller sites have been welcomed by landowners.

But the measures set out by home secretary Sajid Javid include proposals to make it a criminal offence to set up an unauthorised camp.

The new measures include:

Announcing the changes Mr Javid said: “There is a widespread perception that the law does not apply to travellers and that is deeply troubling.

“The vast majority of travellers are law-abiding citizens – but illegal sites often give an unfair, negative image of their community and cause distress and misery to those who live nearby.”

He added: “The results of our initial consultation were clear – people want to see greater protection for local communities and for police to be given greater power to crack down on trespassers.”

“Illegal encampments in rural areas can have a detrimental economic, environmental and social impact on local businesses and communities as well as on the private landowner,” Mr Breitmeyer said.

“Current police powers for removal have proved ineffective on private land, resulting in frustration for the landowner who must use alternative legal mechanisms, which are often time-consuming and expensive,” he said.

Mr Breitmeyer also welcomed the proposals to make setting up an unauthorised camp a criminal offence.

“Making it a criminal offence to set up an unauthorised residential camp would act as a deterrent to those who might consider occupying land without consent and provide greater certainty for the police to act if they understand that an offence has been committed.

“We look forward to engaging with the forthcoming consultation to bring about this change in the law.”