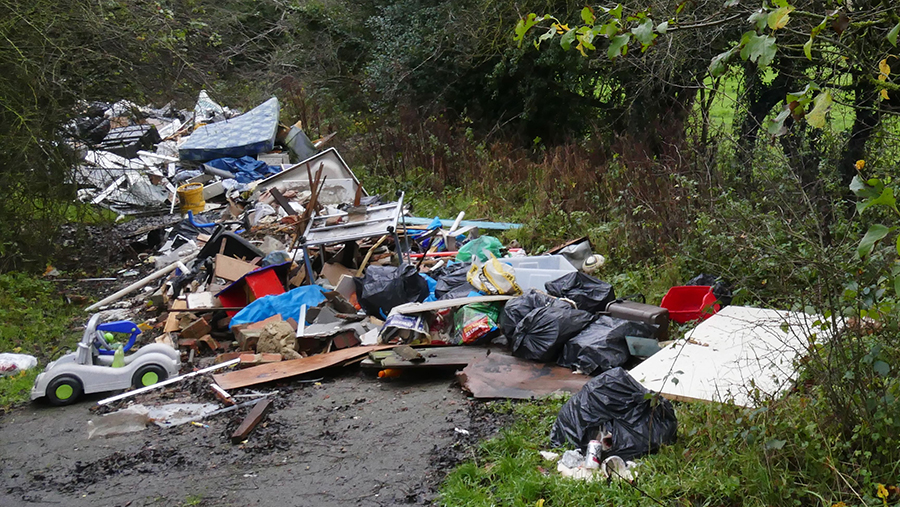 The government must do more to punish fly-tippers and “shift the onus” away from innocent, private landowner victims, say MPs.

Speaking at a Westminster Hall debate on fly-tipping on Tuesday 17 April, Mr Parish said the government must take action to shift the burden of responsibility away from private landowners.

“It’s not fair that private landowners are held responsible for somebody else’s crime,” he said.

Under current legislation, private landowners who are victims of fly-tipping are responsible for clean-up costs. If they fail to clear waste, they can be prosecuted.

She said this would “not provide the right incentive to deter fly-tipping” or encourage people to “secure their land more”.

Earlier, Monmouth MP David TC Davies had proposed the introduction of a ticketed scheme to allow fly-tipped waste to be removed from private land without charge.

He said that anyone collecting waste for money should be encouraged to get accredited by a government department. Also, anyone handling waste over to a non-accredited person would be held liable themselves if it was fly-tipped.

Instead, Dr Coffey suggested it was up to individual local councils to decide whether to pay to clear fly-tipped waste from private land.

But Mr Parish warned: “I don’t want the onus put back on to the landowner and farmer because that’s the wrong way to do it. It’s the people who have illegally tipped in the first place who we have got to concentrate on.”

Last year, Defra reported that the cost of cleaning up fly-tipped waste on public land was approximately £58m, an increase of just over £8m (7%) on the previous year.

The cost of removing waste from private land is unknown. But the National Trust, which cares for 200,000ha of farmland across England, Wales and Northern Ireland, experienced 232 cases of fly-tipping on its land in 2017 – up from 149 cases the previous year.

Shadow environment secretary David Drew, the Labour MP for Stroud, said fly-tipping was now a “major, billion-pound criminal business of the underworld”, but fines were too limited and reform was needed.

Dr Coffey admitted that maximum fixed-penalty notices of £400 for fly-tipping were “not enough”. Although fly-tipping is a devolved issue, Defra is reviewing sentences to ensure offenders are punished more appropriately.