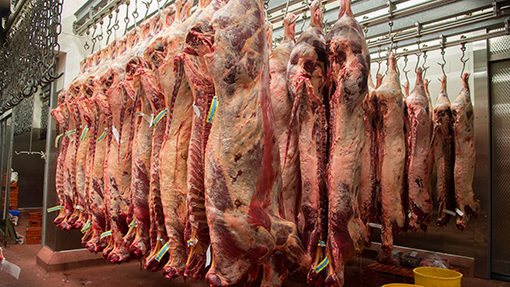 Pressure group Farmers For Action is threatening a string of direct-action protests against retailers and meat processors in response to falling beef prices.

Over the past few weeks, members of the group have carried out surveillance at a number of meat processing plants across the country, while monitoring the labelling of meat products.

FFA, which led the dairy protests in 2012, claims that too much foreign meat, produced to lower welfare standards, is being imported into the UK – and claims it is being processed at the expense of British beef.

As Farmers Weekly went to press on Wednesday (4 June), the first direct action was expected to take place against a major meat processor before the end of the week.

FFA chairman David Handley said: “We have sent text messages to 800 farmers and emails to all our national membership to tell them that we are protesting.

“We have done our homework and we know that supplies of Polish beef have been increasing.”

He added: “We can no longer sit back and watch beef prices collapse. Action has to be taken immediately.”

Tom Houghton, a haulier and FFA Cheshire regional director, has been monitoring foreign vehicles going in and out of abattoirs for the past six weeks.

He said: “Farmers are ringing abattoirs who say they don’t want beef, there’s a six-week wait. They are asking what’s going on, especially when these same companies are turning away British beef.

“They are being squeezed and these companies are lowering the deadweight prices all the while.”

The NFU said beef farmers were angry that a year after the horsemeat scandal, many retailers and processors were not living up to their commitments to work more closely with farmers.

Pete Garbutt, NFU chief livestock adviser, said retailers and processors must recognise that low beef prices were eroding farmers’ confidence and they must work with them to safeguard their businesses.

“Much of the problem is attributable to market factors, but there is some Polish meat coming into the country and someone is buying it in,” he added.

“We have also oversupplied with Irish and UK beef and producers are telling us that the demand has fallen.

“Yet the prices in the shops have not dropped off as much as the farmgate price.”

According to figures from HM Revenue & Customs, £29.8m of Polish beef was imported in the UK in 2013 – equivalent to 3% of total UK beef imports.

By comparison, last year the UK imported £614m of Irish beef, or 78% of the total value.