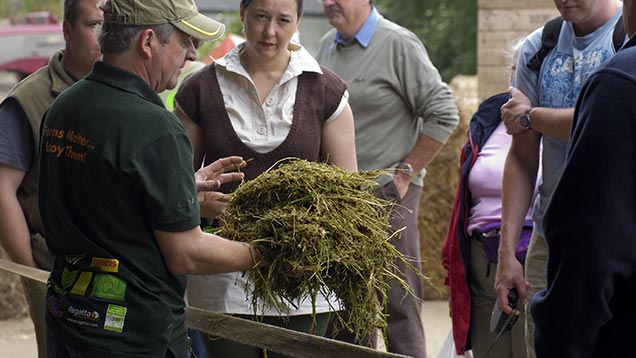 Consumer perceptions of agriculture are woefully out of date, according to a shocking survey carried out by Linking Environment and Farming (Leaf).

The survey, released to publicise Open Farm Sunday (7 June), demonstrates that many members of the public are unaware of the realities of modern farming.

While many farms rely on a host of technologies, including GPS steering systems, robot milking machines and even drones, only 5% of people surveyed said they would describe a farmer as tech savvy.

In contrast, one in 10 respondents thought every farmer smoked a pipe, while a quarter (24%) expected all farmers to wear a tweed jacket.

The survey of 1,000 adults, carried out in May 2015, also found that less than one in 10 people realised that many farmers are degree educated.

One-third of people said they got their knowledge of agricultural issues from the BBC TV show Countryfile, but 14% cited the soap opera Emmerdale and 8% the radio drama The Archers as their main sources of information.

Annabel Shackleton, Open Farm Sunday manager at Leaf, said: “Farming has been a major part of British life for hundreds of years but that doesn’t mean farming is stuck in the past.

“As a nation we’ve embraced technology at home and at work and farmers are no different. Many of today’s farms combine the best of traditional farming with the latest technological advances and environmental practices.

“Open Farm Sunday offers people the opportunity to see this for themselves, and discover the knowledge, passion and expertise that goes in to producing our food and managing the countryside.”

Nearly 400 farmers from across the UK will open their gates as part of Open Farm Sunday. The aim of the initiative is to allow the public to see for themselves what life is like on a farm and why farmers do what they do.