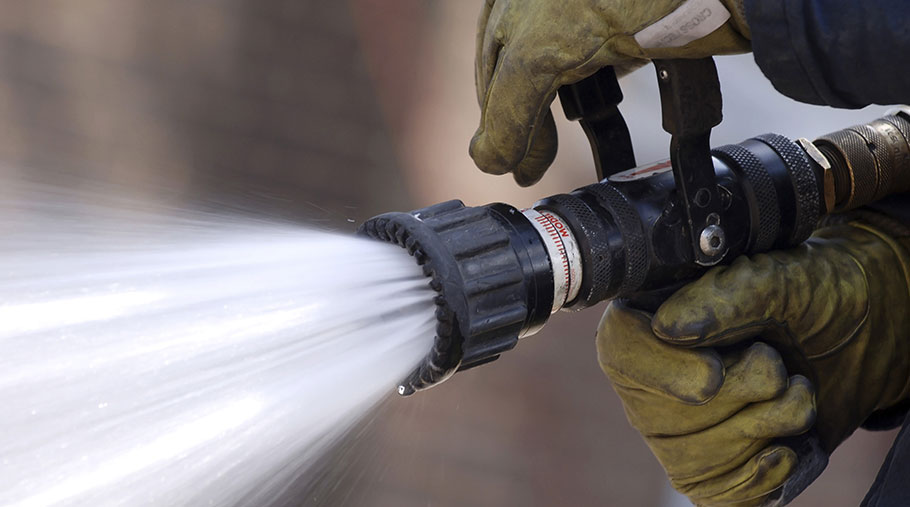 Firefighters have praised quick-thinking farmers who helped stop a field blaze from spreading in Oxfordshire.

Three crews supported by a specialist water carrier unit were called to the field fire near Ardley next to the main Chiltern rail line and B430 just before 2pm on Monday (6 August).

Oxfordshire Fire and Rescue Service said the farmers, who were harvesting, and another neighbouring farmer played a vital role in quickly ploughing a firebreak.

They also used a slurry bowser to dampen the edges of the fire – and worked with the emergency services to prevent it spreading further.

The incident – which was contained within an area of less than 1ha – is among some 200 wildfires and crop fires in Oxfordshire this summer alone.

Oxford Fire and Rescue Service area manager Jason Crapper said: “We are bound to have more wildfires and crop fires as the heatwave drags on.

“And for firefighters, getting to incidents quickly makes a huge difference in terms of the time and resources needed to get them under control.”

If you saw a field fire would you know what to do? The county’s fields are so dry that #fieldfires are a real risk and @OxonFireRescue firefighters have already tackled several recently https://t.co/PHBUDCfVV1 pic.twitter.com/lRBBoBogP1

The fire service says it can’t stress enough how important it is to catch field fires early and tackle them before they get out of control.

Mr Crapper said the fire service was asking the general public to keep their eyes peeled until substantial rainfall arrives.

But he cautioned against the public trying to tackle fires in the countryside themselves.

“A bucket of water is not going to do the job. Instead dial 999 and ask for us.

“And crucially we’ll need an accurate fix on the location, information about nearby road junctions and local landmarks help us out a lot in pinpointing incidents”