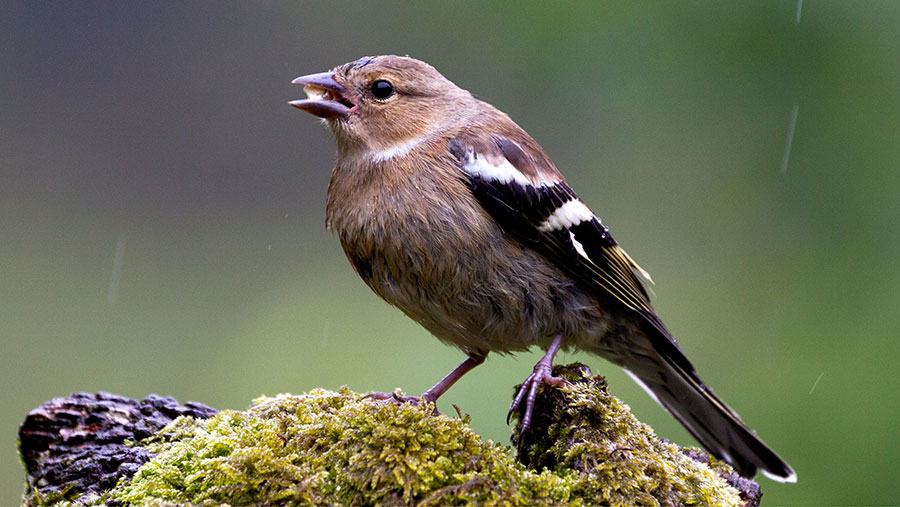 The participation level is a record, according to the Game & Wildlife Conservation Trust (GWCT) which organised the fifth annual count between 9-18 February.

Farmers from every county in England took part and there were also responses from Northern Ireland, Scotland and Wales.

These red-list birds are categorised by the RSPB as the highest conservation priority, needing urgent action.

Five of the red-list species – starlings, house sparrows, fieldfares, song thrushes and yellowhammers – were seen in such significant numbers they were in the top 25 most-commonly seen species recorded.

And two red-list birds, the starling (about 34,000 sightings) and fieldfare (more than 16,000 sightings), were in the top three most-counted species.

A total of 99,712 of these species were found, making up nearly 50% of the overall number of birds recorded – a pattern similar in previous counts, according to the GWCT.

The GWCT also asked participating farmers about their involvement in environmental projects and what they did to encourage farmland bird species to thrive.

“From the data collated we can see that 50% of farmers have been helping farmland birds in the recent cold snap,” said bird count organiser Jim Egan

“This is critical in getting farmland birds, particularly those on the red list, through the winter so they are fit and healthy to breed in the spring,” Mr Egan said.

He also praised farmers for providing insect-rich habitat to help provide food for breeding birds through the spring and summer months.

The main sponsor for the initiative was agrochemical company BASF.

The company’s environmental and stewardship manager Mike Green said: “The 2018 count has shown the interest, skill and passion of farmers to record the bird biodiversity they support on their farmland, with some in their fifth year of taking part.

“This year’s data confirms, again, that a wide variety of bird species, including some red-listers, are using the full range of habitats available on farm.”

He added no significant changes in bird numbers had been seen over the past two counts.

The Big Farmland Bird Count was launched in 2014 to highlight the positive work done by farmers and gamekeepers in helping to reverse the decline in farmland bird numbers.

The count offers a simple means of recording the effect of any conservation work being instigated by farmers and gamekeepers on their land.