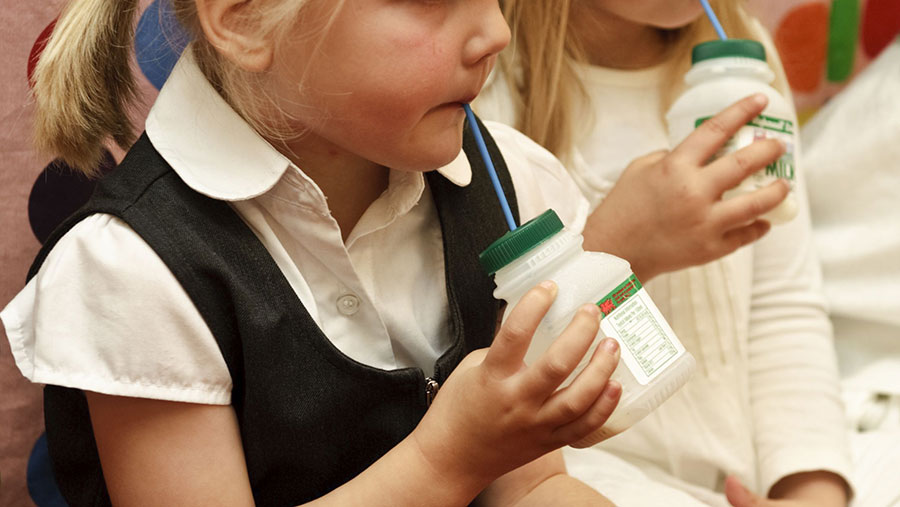 The Scottish government has agreed to fund free school milk after EU subsidies to local authorities ended when the UK quit the European Union.

Despite lobbying from Scottish ministers, Westminster is still to decide whether it will provide sufficient funds to allow the scheme to continue.

To allow children access to milk in the meantime, the Scottish government has agreed to provide £722,000 to authorities for the rest of the school year.

“The withdrawal of the EU scheme is another example of the detrimental financial impact of leaving the EU.

“We could not allow the school milk scheme to be lost and will continue to press the UK government to make up the shortfall,” Mr Swinney said.

NFU Scotland (NFUS) said it had put the case for funding and hoped to continue discussions about how the scheme could be delivered after 2021.

Union vice-president Charlie Adam explained NFUS had voiced its concerns back in August when it first learned the school milk project was to cease.

“We are delighted that the Scottish government has responded quickly to ensure the scheme continues.

“For some time, the Scottish government has provided positive reassurances that it values the clear contribution milk and dairy products make to our children’s health.”

Mr Adam added that the union is a strong supporter of the school milk scheme, which plays an effective role in encouraging consumption of Scottish dairy products.

The scheme is an opportunity for children to connect with farming while providing nourishment to many who are financially disadvantaged, he said.

The funding was also welcomed by the Children in Scotland charity.

“In such a difficult year, when many families are facing enormous financial pressures, this small but important step will help to protect children’s health and wellbeing during a time of increased vulnerability.”