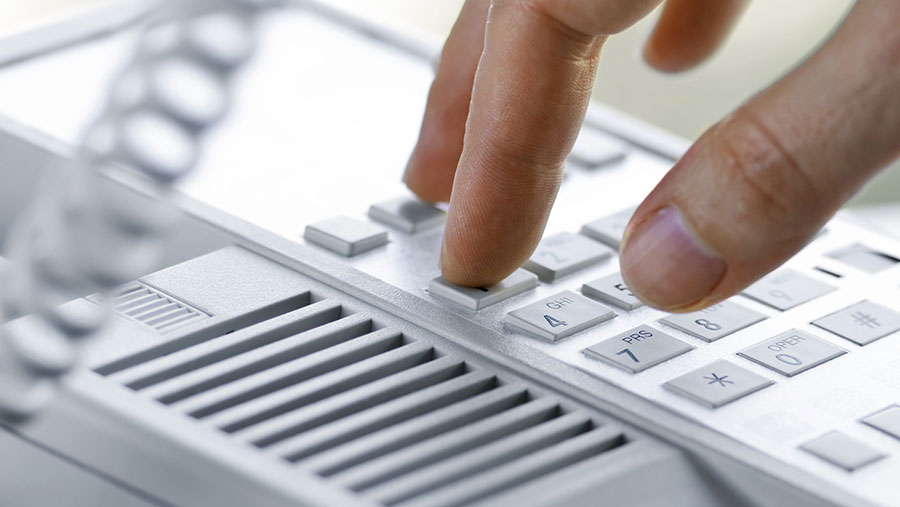 Fraudsters are back in operation in Scotland, targeting members of the farming community in order to gain access to their bank accounts.

NFU Scotland has warned that members have been in touch in recent days to report calls from fraudsters, particularly in the Lothians and Borders area.

Over the past couple of years, farmers from across the UK have been subjected to a range of phone and online scams with some farmers being tricked into handing over thousands of pounds.

In the latest incidents, the caller claimed to be from Royal Bank of Scotland and stated the farmer had fraudulent activity on their account.

Financial Fraud Action UK has flagged a number of schemes, such as criminal gangs posing as someone from a bank’s anti-fraud unit in order to persuade farmers to transfer money between accounts or individuals tricking businesses into changing the bank account payee details on an invoice.

On one occasion the call even appeared to come from a genuine Royal Bank of Scotland number. But when asked by the farmer to confirm their name and local branch, the caller became abusive and hung up.

The farmer has since checked with his bank and they have confirmed this is indeed a scam.

NFU Scotland’s finance director Colin Gordon said at such a busy time of year for agricultural transactions farmers could be easily caught out by alarming calls from people claiming to represent their bank’s fraud department.

“We know that if this is happening in one region it is only a matter of time before other areas are targeted and experience has shown that these tend not to be isolated incidents.

“If you receive a call claiming to be from your bank and they suggest that you call them back, ensure you use a different phone as the caller may still be on the line without you knowing.”

Police Scotland has been made aware of the calls, as has the banking provider, and the advice is never to engage with this type of call.

The advice from Police Scotland is: