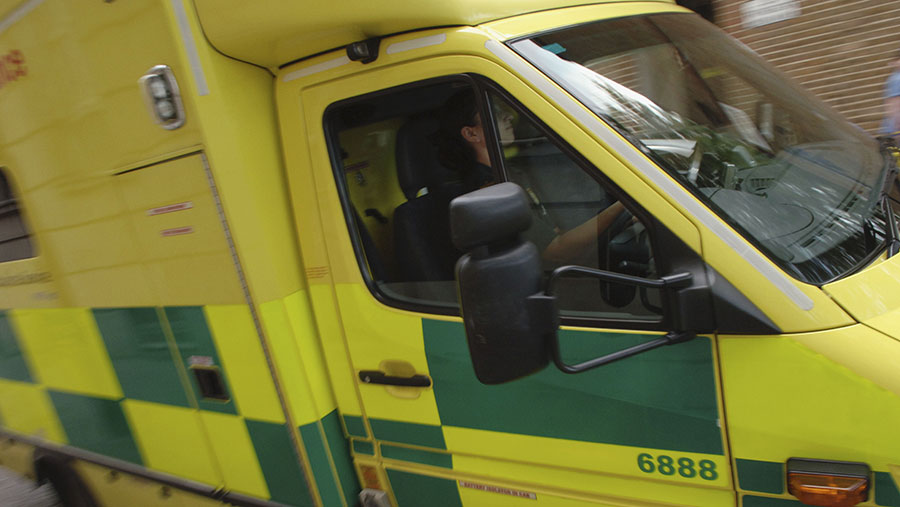 A sudden and surprising increase in the number of farm fatalities in February has prompted farm leaders to call for increased vigilance in and around farmyards.

Latest figures there were 10 deaths on farms in the UK in that single month – including one child.

That compares with a more “normal” average of about three deaths a month – based on a five-year annual average of 37 fatalities.

Last year, the Health and Safety Executive (HSE) reported 29 fatalities in total, which was a welcome downturn.

In one recent case, a farmer and his dog were killed on a level crossing in Frampton Mansell, Gloucestershire, after his Land Rover was hit by a train travelling at 50mph.

And last weekend (Saturday, 4 March) a 20-year-old woman was airlifted to hospital and died of her injuries following an accident involving machinery on a farm near Dawlish in Devon.

Devon and Cornwall Police and the HSE are currently investigating the incident.

Accidents involving farm machinery were the cause of the majority of recorded farm deaths in February.

“Farmers can protect themselves by planning to keep people separate from tractors and other farm vehicles whenever possible,” he said.

“Following the Safe Stop procedure of hand brake on, controls in neutral, engine off and keys out is vital when working on machinery.

“Check, check and check again that vehicles are properly maintained. Something as simple as topping up brake fluid or repairing a load indicator light could mean the difference between life and death.”

The HSE has published guidance on child safety and on preventing accidents to children.

And guidance is also available on tractors and on avoiding overturns.