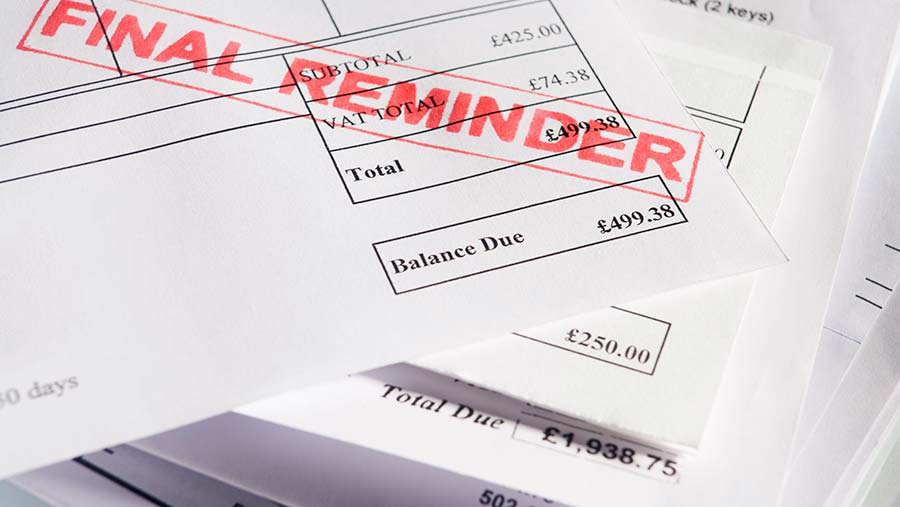 Cashflow pressures are putting huge pressure on farmers and having significant knock-on effects for the wider economy, according to a report from the Prince’s Countryside Fund.

The research report, written by consultant Andersons, said 17% of farms faced major financial problems as they did not have the ability to pay off their short-term debt.

Half of UK farms were no longer making a living from farming alone and 20% generated a loss even before accounting for family labour and capital.

Levels of farm borrowing have almost doubled in the past 10 years, added the report.

Farm suppliers were also feeling the pain because of the decrease in cashflow coming through to the wider agricultural economy and the fact farmers were taking longer to pay.

Lord Curry, chairman of the Prince’s Countryside Fund, said: “The research presents a very bleak picture – not only for farmers, but also for the wider rural economy.

“Volatile commodity markets are not just affecting farmers; decreased cashflow is affecting the industry as a whole, from vets to feed and machinery suppliers to auction marts. The full extent of the crisis is not yet fully understood.”

Lord Curry said as a result of the crisis there was a trend towards increased and sometimes risky borrowing by farmers.

“Distressingly the outlook does not look set to change in the short term and the degree of uncertainty about the future is affecting everyone. This in turn is causing suppliers to consider making job redundancies and think about coming out of agriculture.”

The report said the worst-affected sectors were cereals, milk and pigs, where incomes were dropping sharply.

George Dunn, chief executive of the Tenant Farmers Association, said the report was an excellent piece of work that provided further evidence of the need for farm rents to come down.

The Prince’s Countryside Fund commissioned the report to gain a greater understanding of the cashflow pressures at farm level and their effect on the wider agricultural sector.

The report is based on analysis of recent data and a series of telephone interviews with 21 agricultural businesses.