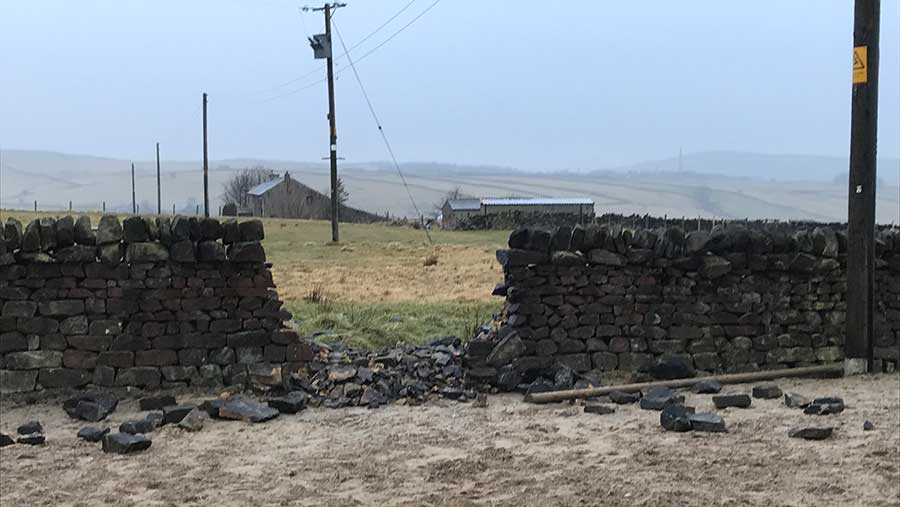 Three stone walls have been demolished during a quad bike theft from a smallholding in Lancashire.

Police were called at 12.15pm on Tuesday (27 March) to reports of a burglary at a farm in Trawden.

Between 9.15pm on Monday (26 March) and 7.00am on Tuesday, offenders had targeted the farm and taken a blue C Force quad bike, chainsaw, strimmer and some power tools.

The owner of the smallholding, Scott Millar, posted pictures on Twitter of the stolen quad bike and the damage the culprits had made to three walls during their getaway.

He said: “When I checked around the property, I saw the gap in the wall. I followed the quad tracks across the fields and found two more walls that had been taken down and where they had loaded the quad into a vehicle.

“The insurance company has been great but I won’t be replacing the quad as it’s not worth the hassle. Please keep an eye out for it, but I doubt it will be in the area anymore.”