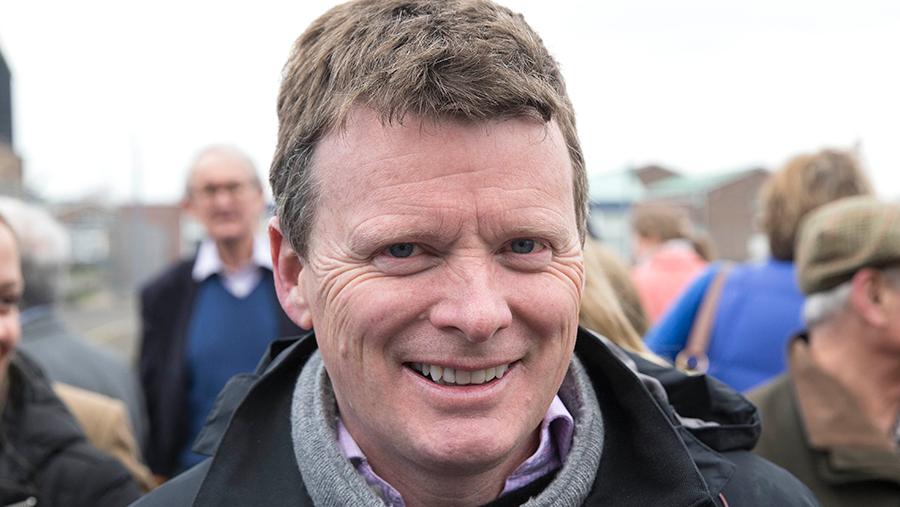 Mr Benyon, Conservative MP for Newbury, is a graduate of the Royal Agricultural College and served as a Defra minister from 2010 to 2013.

The current system of farm support was unsustainable in the long term and Brexit provided the ideal opportunity for reform, he said.

“A Remainer though I was, there is an opportunity now to create a much better system,” Mr Benyon told the Newbury Weekly News.

“However, these are not subsidies – this, if anything, is compensation.

“Farmers manage their raw materials from which many people benefit, whether they are retailers, water companies or whatever else, and there should be a reasonable system to compensate farmers.”

Farmers manage their raw materials from which many people benefit, whether they are retailers, water companies or whatever else, and there should be a reasonable system to compensate farmers Richard Benyon, MP

Englefield Home Farms, Mr Benyon’s family farming business, and the Englefield Estate, of which he is a director, received almost £200,000 in subsidies last year.

Farm leaders should make their case to the government for a more straight-forward farm support system to replace the CAP when the UK leaves the EU, said Mr Benyon.

One that rewarded all farmers the same way was not a “long-term sustainable system,” he said.

The government has guaranteed the current system of CAP direct payments to farmers will continue until 2020, after which it will replaced.

Defra minister George Eustice has repeatedly signalled a shift away from direct payments since the UK voted to leave the EU earlier this year.

A simpler system would be more efficient – resulting in more timely support for farmers at less cost to the taxpayer, he believes.

Mr Eustice favours a new system based on a mix of agri-environment measures and encouraging farm businesses to become more resilient to volatility.

A recent NFU consultation found 60% of farmers supported volatility mitigation in the form of a direct payment to producers.

But conservation groups including the National Trust have called for direct payments to removed altogether in favour of environmental support.