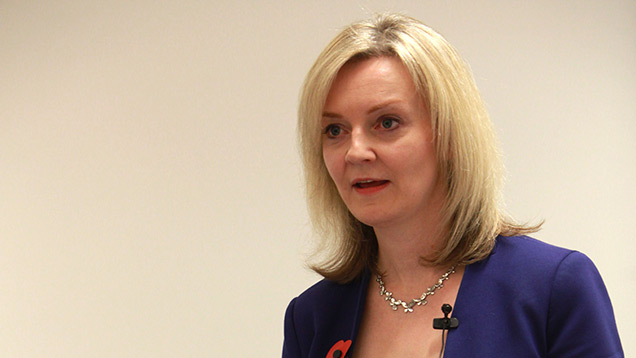 European rules governing the crops we can grow will be damaging for British farmers, Defra secretary Liz Truss has said.

Ms Truss said she sees “all the time” the damage the Common Agricultural Policy (CAP) can have on farmers in the UK.

In an interview with The Telegraph, she said the European single market has benefits, but there were also “serious costs” for the UK’s farming industry.

In particular, Ms Truss said the new three-crop rule, which comes into force under this year’s reformed CAP, means all but the smallest farms must grow three crops to ensure farming practices benefit the environment.

But Ms Truss said: “The three-crop rule means that Brussels bureaucrats are going to be deciding what our farmers produce, rather than what consumers want, which is a problem.”

Other rules over pesticides should also be decided at British level, rather than by the European Union, she says.

She urged British companies to become more “resilient” and trade with countries outside the EU.

Ms Truss also said she was on a personal mission to try to get domestic consumers to buy more British cheese and reconnect with ancient agricultural landscapes where their food is grown.

However, she conceded that “there is more that we can do” to encourage English school leavers to work in food and farming.

She said farming was a high-tech industry, which required engineers and specialists to operate driverless tractors and digital field maps, and not simply an “industry of hairnets and wellies”.

Speaking at the Oxford Farming Conference last month, Ms Truss outlined her vision for the UK of a world leading farming industry at the heart of the government’s economic agenda.

She vowed to fight for a better deal for UK farmers to create a more level playing field with their EU counterparts.

However, EU farm commissioner Phil Hogan told journalists in Brussels last week there were would be no early review of CAP greening rules, including the three-crop rule before the scheduled review in 2016.