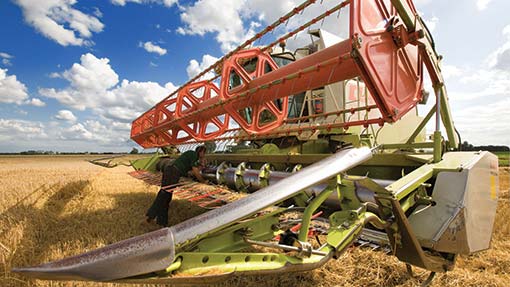 This round of CAP reform may not feel like too big a deal for farmers in England, but there are changes afoot that could have a significant effect on the arable sector.

Producers involved in specialist cropping, contract farming, block-cropping or diversification may need to take a step back and consider how things are best structured to ensure compliance with the new rules.

Being a farmer with non-farming interests does not of itself put you at risk from the “active farmer” test. Only businesses that operate so-called negative list enterprises are caught. Those enterprises are airports, railway services, waterworks, real estate services, permanent sports and recreational grounds.

The latest guidance from the European Commission says that, as far as “real estate services” are concerned, it does not consider farmers who let out farm cottages on their farms as falling into this category. The target is property developers and estate agents.

If your business does fall into one of the negative list categories, you will have to jump through one of three hoops to qualify as an active farmer. Two of these are admin-heavy income-related tests, but the third – demonstrating that agriculture is a principal object of the business – should be more manageable for businesses that have farming at their core. We await further details from Defra about what evidence will be needed.

Changes introduced with the Single Payment Scheme (SPS) in 2005 meant specialist crop growers who depend on taking arable land on rotation from other farmers could no longer ignore the effects of farm subsidies. That remains the case under the new Basic Payment Scheme (BPS), but greening rules add an additional layer of complexity to arrangements.

What used to be done on a handshake now needs to be documented. Parties need to make sure the agreement not only passes muster with the RPA inspector (for example, with regards to responsibility for cross-compliance and any environmental stewardship), but that it works between the parties. It is a commercial agreement, not simply a box-ticking exercise. At the very least it needs to set out what must be done and when, who is responsible for what and what happens when things go wrong.

The new definition of farmer under the BPS is helpful. As well as someone who grows crops, a farmer is someone who keeps land “in a state that is suitable for grazing or cultivation without preparatory action going beyond usual agricultural methods and machineries.” We are still waiting for final details from Defra, but most arable farmers who have crops on their land should be able to fulfil that secondary definition.

The table below gives further information about each of the options.

One of the biggest concerns voiced by arable farmers is how greening will affect holdings that are contract-farmed but fall just above the three-crop threshold. Equally, farmers who set up joint ventures to increase efficiency by block-cropping their farms are concerned about how to maintain that efficiency if each separate farm has to grow three crops again.

Share-farming may be a way forward. It will not work in every circumstance, but for some it will make more sense for the business that bears the greater part of the responsibility for managing greening features to be the BPS and greening payment claimant.

If there is a clampdown on dual claims from next year, parties will need to take care not to fall foul of the new rules. Defra is expected to make an announcement later this year.