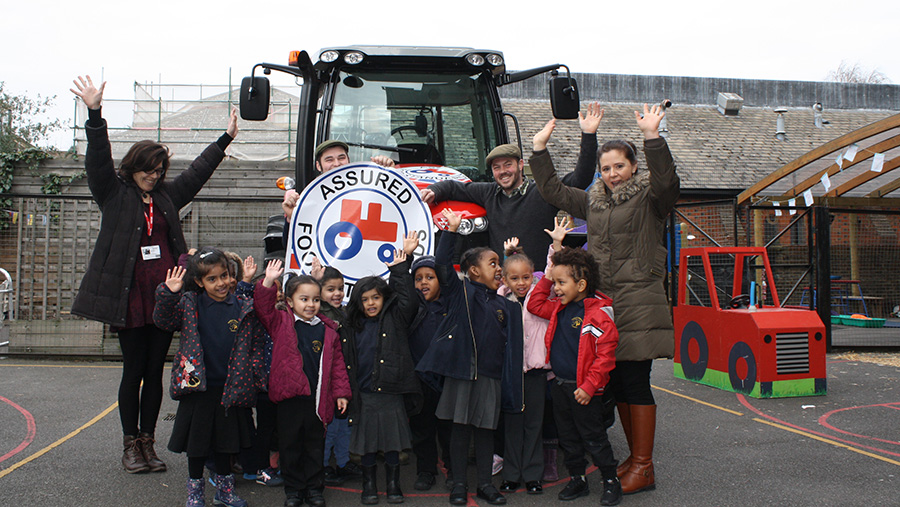 A group of young farmers who call themselves Cows on Tour have completed a 300-mile round trip from Wales to London to teach inner-city children about farming.

The group, which consists of 16 farmers from Glamorgan NFU Cymru and Glamorgan Young Farmers’ Club, visited Pakeman Primary School, Islington, for what some of the pupils referred to as the “best day ever”.

Led by NFU Cymru county chairman Abi Reader, who has a mixed dairy, livestock and arable farm near Cardiff, the Cows on Tour members split into groups to teach the children about how meat, crops, eggs, fruit and vegetables are produced.

Now in its second year, the annual event aims to educate children living in cities about where the food they eat comes from and ultimately canvas support from the next generation of consumers.

It’s hard for me to imagine growing up in a highly populated area, such as London, but for the children at Pakeman school, this is the norm and as a result, they don’t know how important this industry is in feeding the nation Abi Reader, Cows on Tour

“It’s so important that we engage with children from a young age and give them an insight into our industry,” said Mrs Reader.

She added: “It’s hard for me to imagine growing up in a highly populated area, such as London, but for the children at Pakeman school, this is the norm and as a result, they don’t know how important this industry is in feeding the nation.”

Among a host of questions asked, the pupils wanted to know: “Are farmers magicians?”, “How many football pitches can you get on your farm?” and “Do you chop chickens’ heads off?”.

This year’s event was supported by Red Tractor who parked a Massey Ferguson tractor in the playground. Red Tractor is urging other farmers in Wales to follow in the Cows on Tour group’s footsteps.

“We are keen to support other farmers in Wales who want to engage with the public and our new Red Tractor assurance marketing toolkit offers free materials to help them, including the free hire of our branded Massey Ferguson tractor,” said Philippa Wiltshire, assurance communications manager at Red Tractor. 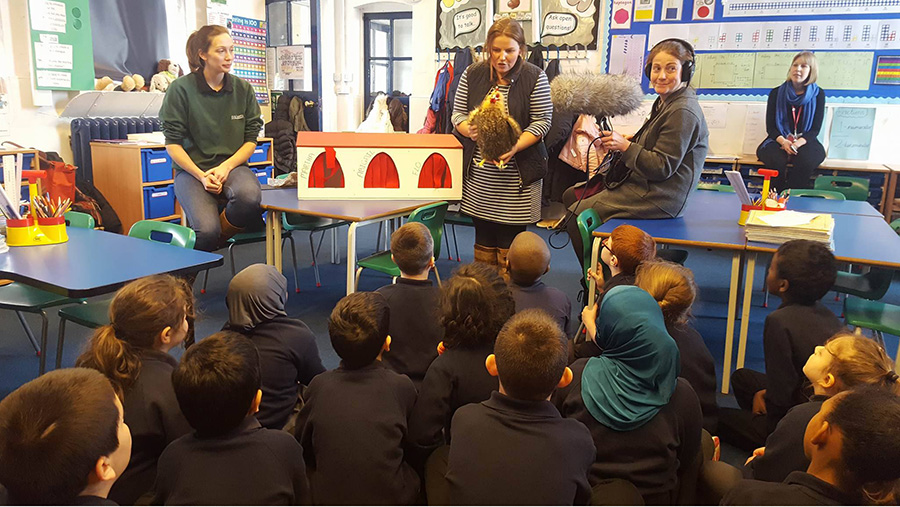 The Cows on Tour group appeared on local TV channel London Live and was filmed by the BBC’s Newsround for a programme set to air in April.

The pupils’ parents were treated to samples of Welsh cheese and milk as they picked their children up from school.

Emma Bonnin, an assistant headteacher at the school, said: “It was very beneficial for our inner city children to have the countryside brought to their playground as they find it difficult to understand what it is really like.”