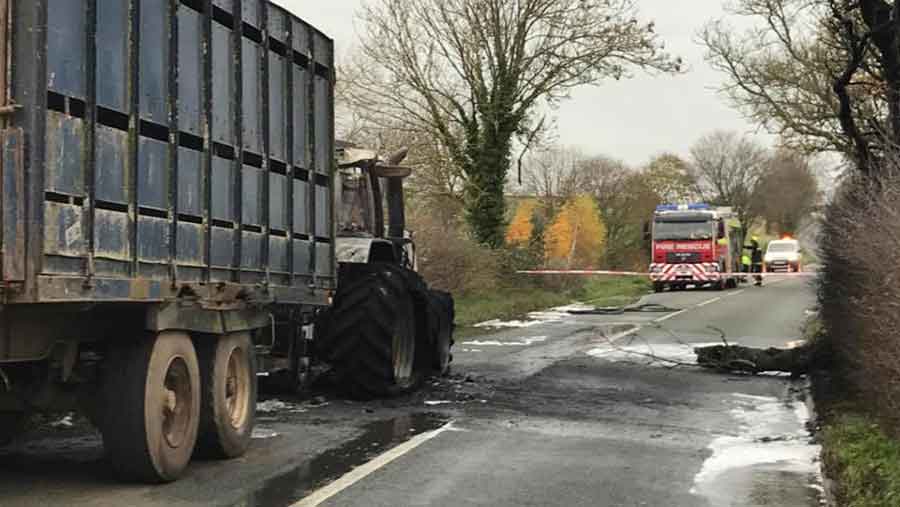 Firefighters were forced to use breathing apparatus as flames and thick smoke engulfed a tractor and trailer on a busy A-road in Somerset.

Devon and Somerset Fire and Rescue Service said the fire took hold quickly and spread to a nearby hedgerow and trees on the A365 near Martock.

The road, which joins the A303 major trunk road to the West Country, was closed while the team from Crewkerne fire station battled to bring the fire under control.

A spokeswoman for the fire service said that four breathing apparatus, three hose reel jets and one compressed-air foam jet were used but the tractor and trailer were 100% destroyed.

The fire was so intense that the road surface was melted and structural engineers were called in to assess the extent of the damage.

Investigations are continuing into the cause of the fire, which started on 22 November.