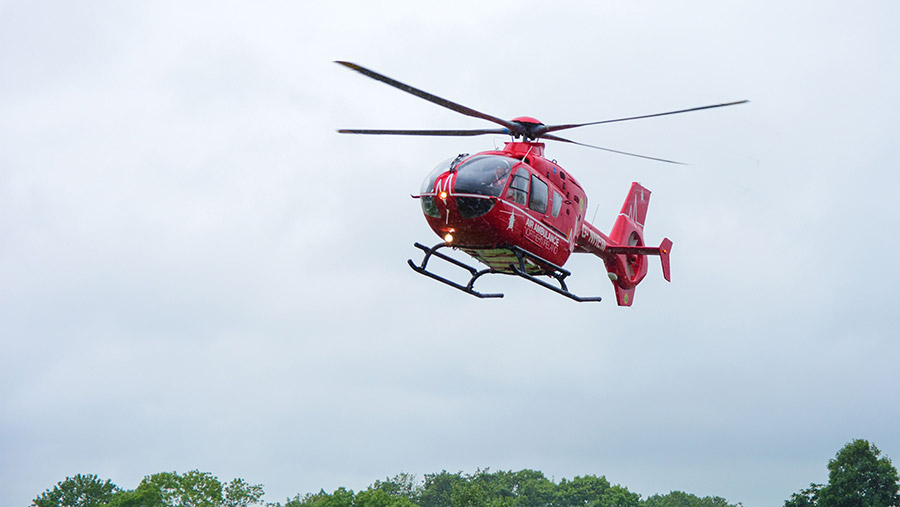 Tributes have been paid to a young farmer who has died following a farm accident in Northern Ireland.

Harry Gibson, 25, from Beragh, County Tyrone, died following an incident at the family farm on Saturday (23 September). It is understood he had been working with a young cow at the time of the accident.

Mr Gibson’s father, Mervyn, is a cattle auctioneer who is well known in the farming community.

A family notice described Mr Gibson as the “loving son of Mervyn and Susan, much loved twin brother of Charlotte, dear boyfriend of Alison, a dearly loved grandson and nephew”.

His girlfriend Alison shared pictures of herself smiling alongside Mr Gibson. She said: “My Harry. This world is a cruel, cruel place.”

In a post on Facebook, his devastated cousin, Colin Gibson, said: “I really don’t know what to say, all emotions at once, just pure devastated, whole life ahead of you.

“Will always remember you and times we had farming, rugby, nights out and fun times. RIP cuz, always in our hearts.”

In a statement, Mr Gibson’s former school, Omagh Academy, described him as “a quiet gentleman who was passionate about farming”.

Mr Gibson was a long-serving member of Seskinore Young Farmers’ Club (YFC), which paid tribute to him on their Facebook page. As a mark of respect, the club cancelled their weekly meeting on Tuesday (25 September).

“We would like to express our sincere condolences to the Gibson family and friends for the passing of our dear member, Harry,” said Seskinore YFC in a statement.

Mr Gibson’s funeral will take place at 2pm on Wednesday (26 September) at Sixmilecross Presbyterian Church, Omagh, and he will be laid to rest afterwards in the adjoining graveyard.

The Health and Safety Executive in Northern Ireland said it was aware of the incident and is making enquiries.