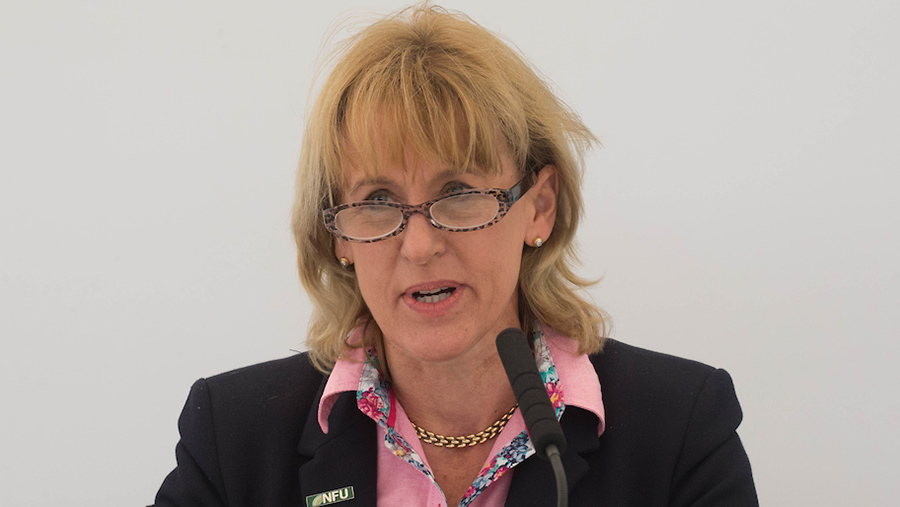 The government’s decision to strengthen the powers of the Trade and Agriculture Commission (TAC) is “as good as it gets” for farmers, according to the president of the NFU.

She said Defra secretary George Eustice had told her there would be no amendments to the Agriculture Bill, which were aiming to safeguard the UK food and farming industry from cheap food imports.

Instead, the government announced this week that it had agreed to put the TAC on a three-year statutory footing.

This commission will be empowered to write an independent report on the impact on UK farming of any trade deal negotiated by the Department for International Trade before it is scrutinised and voted on by parliament.

MPs backed the Eustice amendment to bolster parliamentary scrutiny of free trade agreements in a vote in parliament on Wednesday (4 November).

“It took a complete tsunami of support to get this government to capitulate and allow a mechanism for parliament to have oversight of all aspects of agri-food – to be able to debate them and ultimately to be able to have that say before the trade deal is ratified,” said Mrs Batters.

She added: “We had a massive majority government that has the power base to say – and they were saying – ‘we’re going to put down no amendments’.

“I was told this time and time again… no amendments are going down. You will not get what you want on this occasion.

“George Eustice said to me six weeks ago, ‘you will not get it’. And we never, ever gave up.”

“So, to all the critics… do you want your MP to have a say? Well, if you do, you have the chance for them to have a say. It will be out there and the NFU will go through every trade deal with a very fine-tooth comb.”

With this amendment on the face of the Agriculture Bill and the mechanism of reporting on it, this was “as good a deal as we were going to get”, said Mrs Batters.

She said the industry could have lost everything if it had kept going with the mantra of “no food can come in produced to lower standards”, and parliament would never have had a say.

“This has put down the first opportunity for democracy and bringing back control in a way that parliamentarians can shape that future,” she added.

Mrs Batters said her primary focus over the past few months had been to ensure that the government was made to deliver on its 2019 general election manifesto commitment to maintain UK food and farming standards and not undermine farmers in any future trade deals.