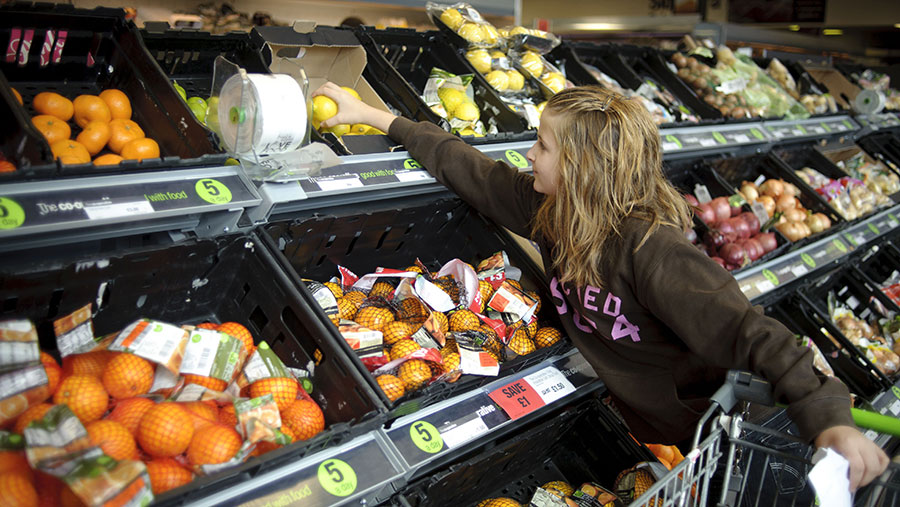 Food prices will rise by at least 5% due to extreme weather hitting crop yields and pushing up farm input costs, consumers are being warned.

Farmers and domestic food production were feeling the impact of this year’s dry summer following a cold, wet spring, said the Centre for Economics and Business Research (CEBR).

As a result, wholesale prices for vegetables were rising markedly, it said.

The CEBR used Defra research into the sensitivity of consumer prices to wholesale price shocks to estimate the UK’s shoppers will have to pay an extra £45m/week for food.

This is equivalent to a rise of £7.15/month for each household.

Commodity price spikes could take 18 months to fully feed through into inflation so the cost to consumers looked set to climb even though milder weather is expected in the autumn.

Even when grass growth returns to normal, reduced grazing and lack of forage will have a lasting impact for months to come.

Some farmers have had to turn to already depleted backup supplies to boost production, which will keep upward pressure on feed costs in the coming winter.

The CEBR said the heat had reduced the fertility of pigs and contributed to an 8% rise in piglet prices since March – with an expected knock-on effect on the price of bacon.

It expects the price of red meat to fall marginally in the short run as farmers sold livestock earlier than normal to reduce the burden on grazing land.

In the longer run, however, prices are expected to rise as feed availability is affected by a weak harvest which will push up costs.

Much of UK’s grain – used to feed livestock, as well as for numerous food products – is imported from Europe, which has also seen record high temperatures this year.

The weak pound and the recent increase in the Bank of England base rate has also pushed up farm input costs and the cost of borrowing.

Wheat, which features heavily in European and British shopping baskets, is a particular concern.

The CEBR said the wheat harvest was forecast to be down by 5% this year, and European wheat futures are trading about 30% higher than at the end of April.

With the wholesale price of many crops already rising very significantly and meat prices set to climb in coming months it seems likely that wholefood prices will rise at least 5%.