Wet weather and floods have been causing chaos for farmers, after torrential rain battered huge swathes of the country.

At 11.20am on Tuesday 29 October, there were 55 flood warnings and 60 flood alerts in place, with the Midlands and south Wales seeing widespread disruption.

Farmers were forced to move livestock to higher ground, abandon drilling and were left fearing for the fate of already-sown crops, with Shropshire, Worcestershire, Herefordshire, Cheshire, Leicestershire and Nottinghamshire among a long list of counties badly hit.

“There have only been two bigger floods than this since my dad started keeping records in 1969 – one in 1998 and one in 2003,” said Herefordshire farmer Ally Hunter Blair, who has about 60ha under water.

“It’s a flood plain so we expect to get flooded, but not this big this early in the winter. It’s virtually been constantly raining since 23 September – we’ve only had five entirely dry days since then.”

At Gordon and Heather Ross’ dairy and arable farm in Warwickshire, a “Biblical” downpour on Saturday followed about five weeks of nearly constant rain.

“We have had one day digging potatoes in this period, and have only got 20 acres of barley in so far,” said Mrs Ross.

“We did drill 60 acres of oilseed rape, but could not spray it because of the rain – and the flea beetle has finished it off.

“We are definitely not alone and are all in the same boat around here, with lots of neighbours not able to harvest potatoes or plant next year’s crops.

“One bonus is that we have got our maize harvest in, but there are plenty in Warwickshire who are really struggling. We are hoping the slight window of a dry few days will allow us to drill some wheat, but the prospect of losing our potato crop is very real as we just can’t travel, even on the fields that are not submerged.

“Watching TV last night, though, made us realise we are lucky as it’s not our homes that are flooded – the situation around Hereford looks horrendous.

“This year is proving a tough one for many farmers and I think it could get a whole lot tougher,” added Mrs Ross. 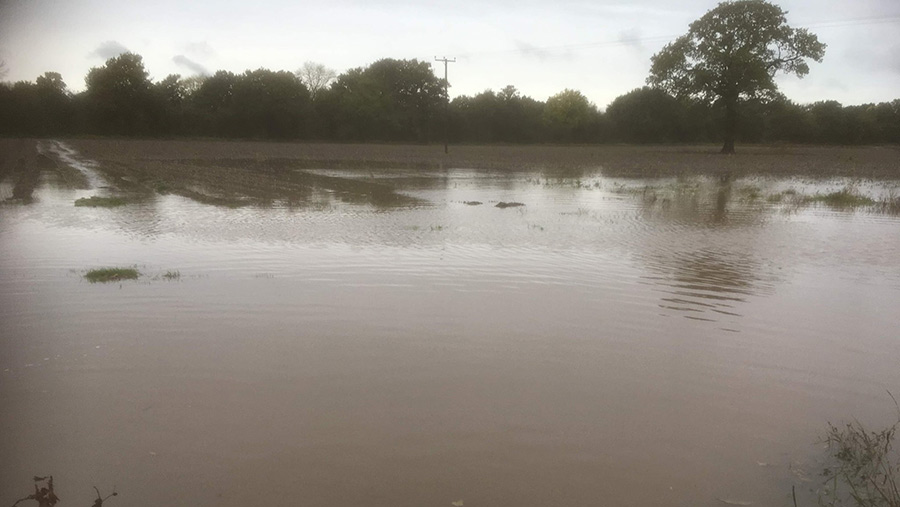 Wilja potatoes under water at Heather and Gordon Ross’s Warwickshire farm. “The field hasn’t flooded this badly before – there are no rivers or brooks nearby, it was just the amount of rain we have had,” said Mrs Ross

Charles Smith, chief executive of the Farming Community Network (FCN), described the weather as “extremely testing” for many in the farming community.

“Many arable farmers are finding themselves struggling to make a start on drilling because of the wet weather, which is preventing them from planning ahead.

“Livestock welfare is also a grave concern in such conditions and moving animals that are endangered by flood water is far from straightforward.”

It could, added Mr Smith, spark a rise in requests for help from the FCN, coming on top of other issues such as bovine TB and heavily-delayed stewardship payments which have put many farmers under renewed financial pressure. 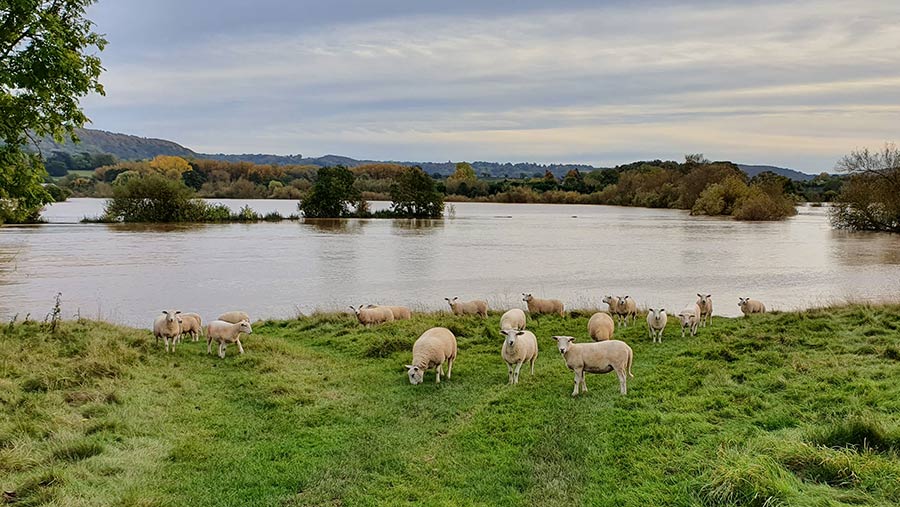 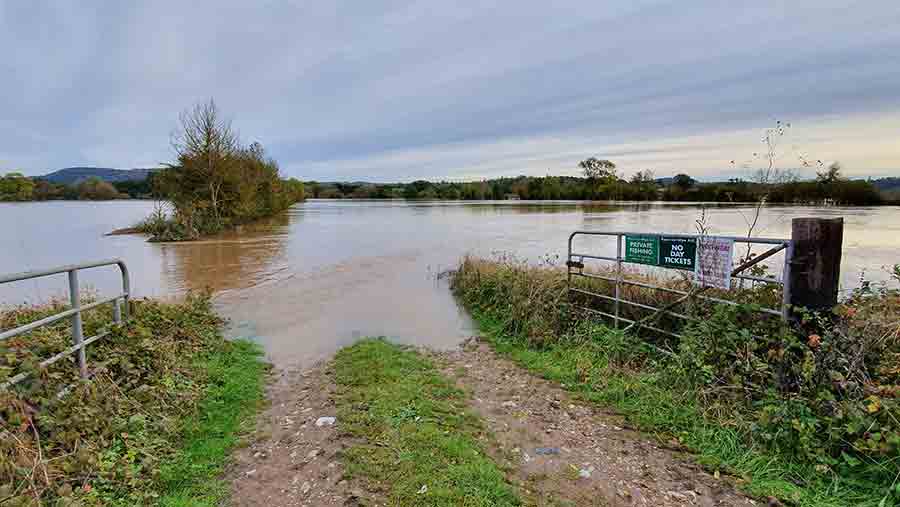 “It’s a flood plain so we expect to get flooded, but not this big this early in the winter,” said Ally Hunter Blair in Herefordshire