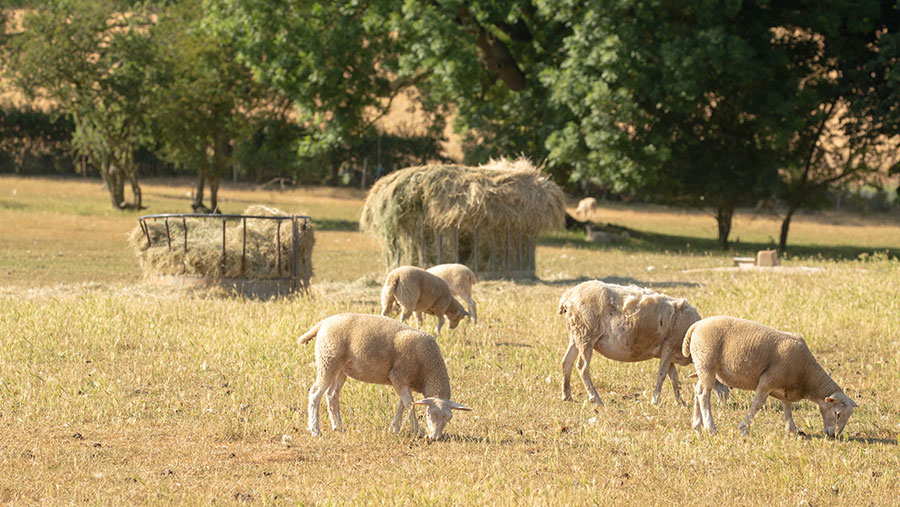 As farm boreholes and rivers run dry across Wales, the minister responsible for farming has agreed to hold an emergency summit with unions at this week’s Royal Welsh Show when they will attempt to secure support for an industry under pressure after weeks of hot and dry conditions.

NFU Cymru and the Farmers’ Union of Wales (FUW) renewed pressure on the Welsh government to meet to discuss proposals ranging from a national fodder audit to assess current stocks and a ban on power plants burning fodder and feed as fuel.

Speaking at the showground on Sunday (22 July), Wales’ cabinet secretary for energy, planning and rural affairs, Lesley Griffiths, agreed to the emergency summit.

“Having a very difficult, cold winter followed by sustained period of lovely weather, but weather that has caused lots of problems, I understand their concerns,” she said.

NFU Cymru reports that farmers, many of whom had run out of feed during the exceptionally cold spring, were now experiencing severe hardship because fields are scorched following weeks of hot and dry conditions.

The union’s director, John Mercer, said there had been many reports of boreholes and watercourses running dry and farms already using up much of their winter feed stocks.

“We need to find solutions to help farmers,” he insisted.

It is many weeks since it has rained in some parts of Wales and the severity of this is being felt first hand by NFU Cymru’s deputy president, Aled Jones.

Both boreholes on his dairy farm near Caernarfon ran dry and, with mains water unable to cope with demand, he secured permission to extract water from a river.

Mr Jones has since located two new underground water sources and hopes to begin extracting water from those soon. “The dry weather has been a massive problem for us,” he admitted.

The additional feed he has bought in to replace grazed grass and silage will add 2p/litre to his cost of production this year. “This adds up to £80,000, but we have to bear that to keep our cattle fed and watered properly,” he said.

The FUW had previously demanded to meet with the government to discuss what it described as a “dire situation” and said that, until now, that request had been unheeded.

FUW president Glyn Roberts said weather extremes in the past 12 months had caused hardship. “We have gone from one extreme to the other, with streams, wells, boreholes and even rivers drying up; vast areas of grazing becoming scorched and ungrazable; and severe impacts on fodder harvests that will leave stores exceptionally low as we go into the autumn.

“Put simply, even if we have an unusually short, dry and warm winter, some farms may still be facing a disaster this winter, and action needs to be taken to consider ways to avert this.”