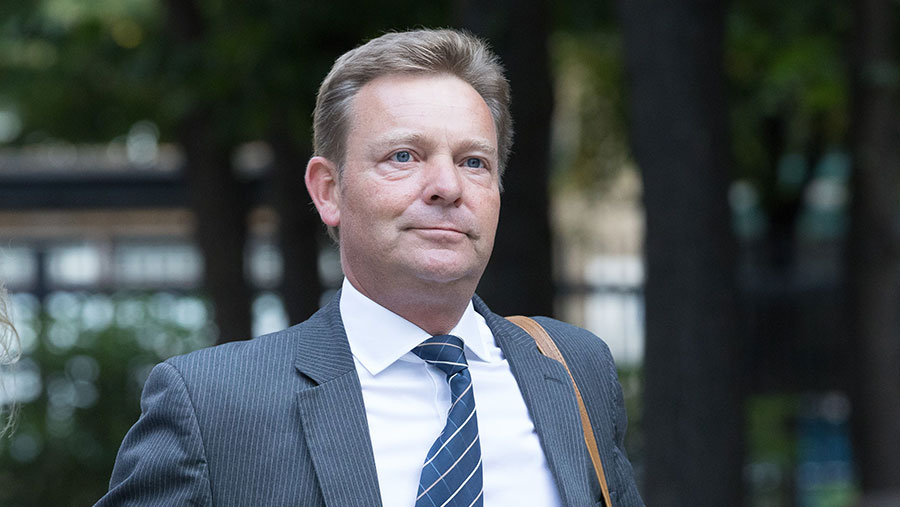 Unemployed young Brits should “get on their bikes” and work on farms with “gorgeous EU women”, the Conservative MP for Thanet has suggested.

Speaking at a fringe event at the Conservative Party conference on Sunday (1 October), Craig Mackinlay said young Brits should fill the jobs vacated by EU workers after Brexit.

“I was struggling to think why wouldn’t a youngster from Glasgow without a job come down to the south to work for a farm for the summer with loads of gorgeous EU women working there?” Mr Mackinlay said.

“What’s not to like? Get on your bike and find a job.”

He also suggested British people should have the same attitude towards finding work in the UK as low-skilled workers who come to this country from continental Europe.

“We need to mobilise our core of unemployed to say there is a job there for me, let’s go and get it just as the very well-motivated Bucharest youngster gets a coach across Europe to find a job,” said the MP for South Thanet.

Mr Mackinlay later described his remarks as “flippant”, adding he had been trying to make the point people in the UK should be prepared to move location to find work.

But his comments were branded “misogynistic” and “sexist” on social media.

Labour MSP James Kelly told the Daily Record in Scotland: “These are abhorrent and offensive comments that once again prove the Tories are the same old nasty party.”

Liberal Democrat Christine Jardine added: “These remarks are as misogynistic as they are ignorant. It seems the spirit of Norman Tebbit is still running the Conservative Party.

“Rather than making dismissive and offensive remarks, the Conservatives should be investing in training to get more British young people into work.

“Maybe Mr Mackinlay should follow his own advice and start picking fruit rather than picking fights.”

He said: “We need migrant labour to secure the future of the UK horticulture industry. We simply aren’t going to get enough young British people to pick fruit and veg crops.”

Mr Mackinlay beat the former Ukip leader Nigel Farage to take the South Thanet seat in the 2015 general election. He is facing a trial next year after pleading not guilty to charges of making false declarations over his spending in a 2015 election.