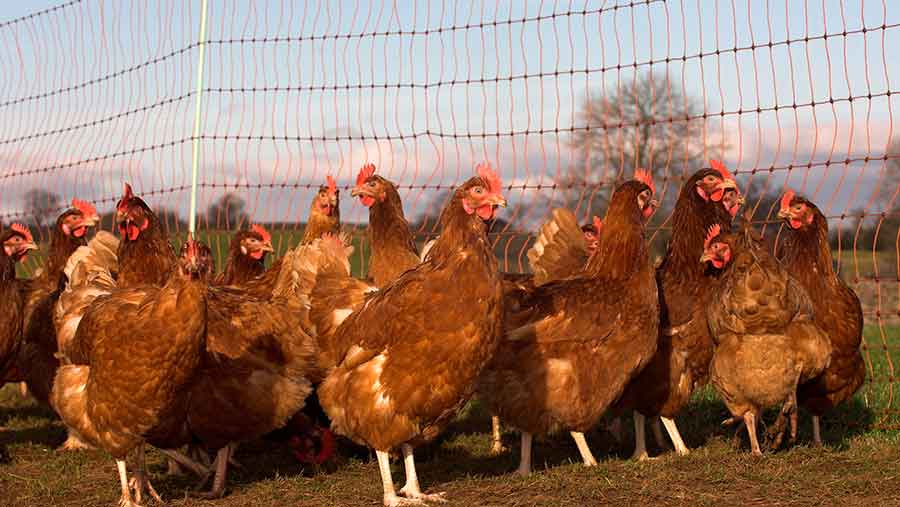 A teenager who broke into chicken sheds in three farms in Suffolk and Essex to film living conditions has been banned from going near land used for livestock or poultry farming.

Sebastian Brown, of Lucas House, Colchester, broke into the sheds at a farm in Little Totham, Essex and a further two in north Suffolk in a bid to expose animal welfare issues.

Mr Brown, who was aged 17 at the time, was caught with bolt cutters and a claw hammer after police were called to the Essex farm in September 2017.

A prosecutor told the court that wires to seven CCTV cameras had been snipped and were missing. The cost to repair the cameras was more than £4,500.

Officers discovered handwritten notes at his home address in Colchester that linked him to the other break-ins.

Mr Brown was initially charged with burglary, but he admitted three counts of criminal damage and was sentenced at Ipswich Crown Court to a three-year community order, 240 hours’ unpaid work and a 30-day rehabilitation order.

He admitted breaking into farms and recording footage of animals’ living conditions, then later posting the footage on YouTube. None of the farms have been found to have breached any welfare laws.

He was also made the subject of a three-year criminal behaviour order banning him from loitering near livestock and poultry farms.

The offending took place over two counties, which led to the investigation being carried out by the Eastern Region Special Operations Unit (ERSOU).

Det Insp Maz Wheeler said: “Sebastian Brown caused a lot of damage and disruption to these farms which had been acting entirely legitimately.

“It is unacceptable for anyone to try to take the law into their own hands, and he will have plenty of time to reflect on his actions while he is carrying out unpaid work in the community.”