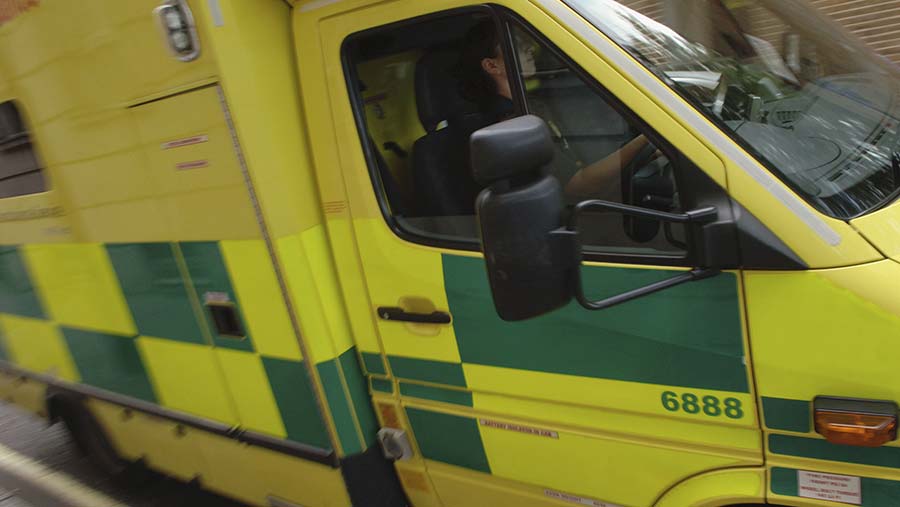 A young farmer who caused more than £1,000 of damage to an emergency ambulance in Blackpool has apologised and paid for the repairs.

The woman, who has not been named, was caught on camera jumping on the bonnet and windscreen of a rapid response vehicle while a paramedic was sitting inside waiting to respond to emergency calls.

The incident happened on Sunday 8 May while the National Federation of Young Farmers’ Clubs’ (NFYFC) Annual Convention was taking place in the Lancashire seaside resort.

This partygoer caused £1,000 damage to an RRV in Bpool. It won't be so much fun when @LancsPolice catch up with her! pic.twitter.com/OInZksLTTM

In a letter of apology sent to North West Ambulance Service (NWAS), the woman apologised for her actions.

“I am truly sorry for my spur of the moment reckless behaviour and am very regretful for my actions,” she wrote.

“I sincerely hope that you will accept this letter of apology, which I extend to you and your colleagues and the enclosed cheque of £1,114.08 to cover the repair costs to the rapid response vehicle.

“I am very grateful for your understanding on this whole situation and am very thankful that this matter will now be brought to a close. I know and respect what a fantastic job the ambulance service provides and long may it continue.”

On receiving the apology, NWAS sector manager Dave Rigby, who covers the Fylde area, said: “I was pleased to receive the letter of apology and would like to give credit where it’s due to the young farmer who has taken responsibility for her reckless actions, said sorry and paid for the damage.

“I am also grateful to the National Young Farmers’ Association who helped secure this outcome.”