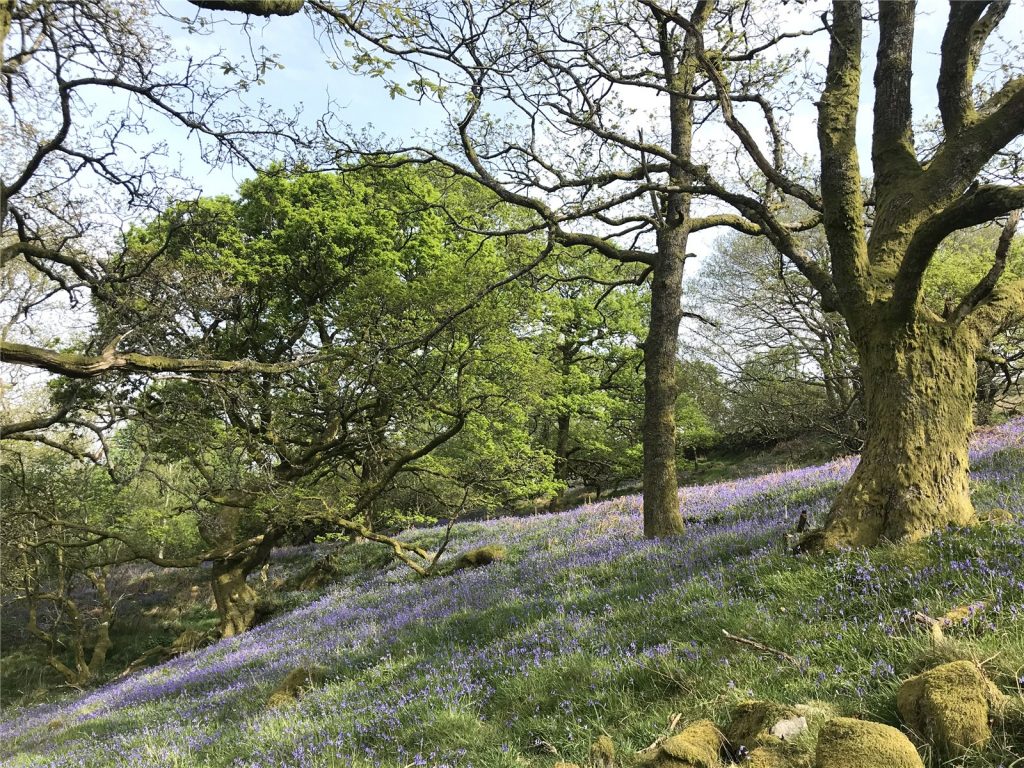 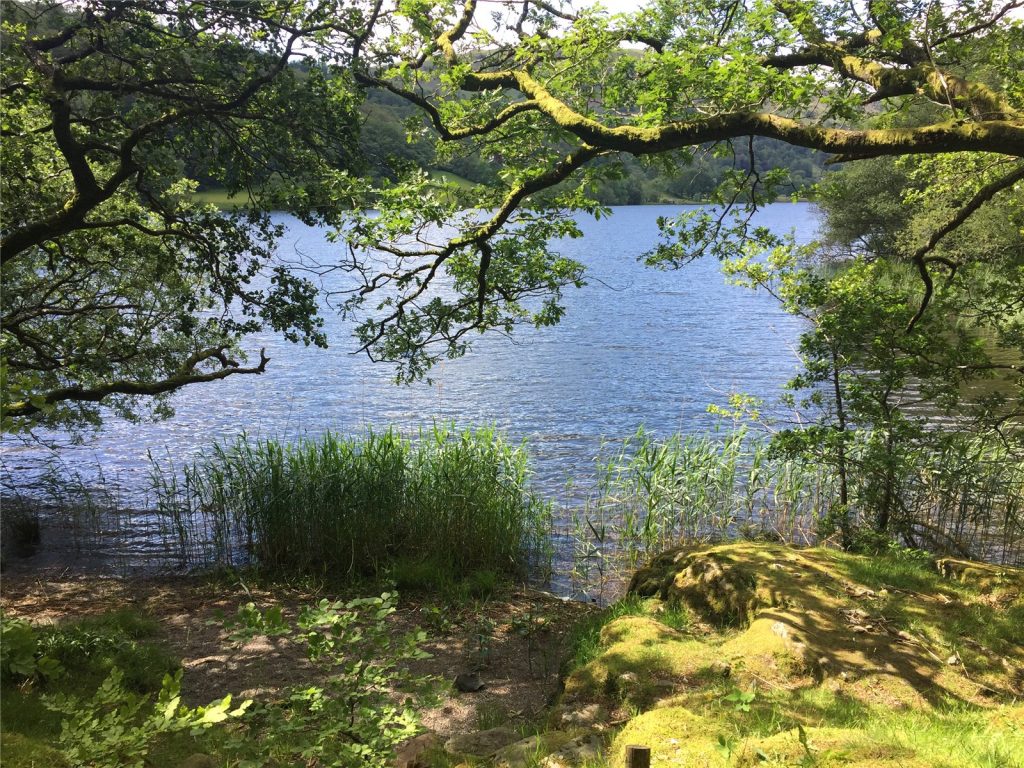 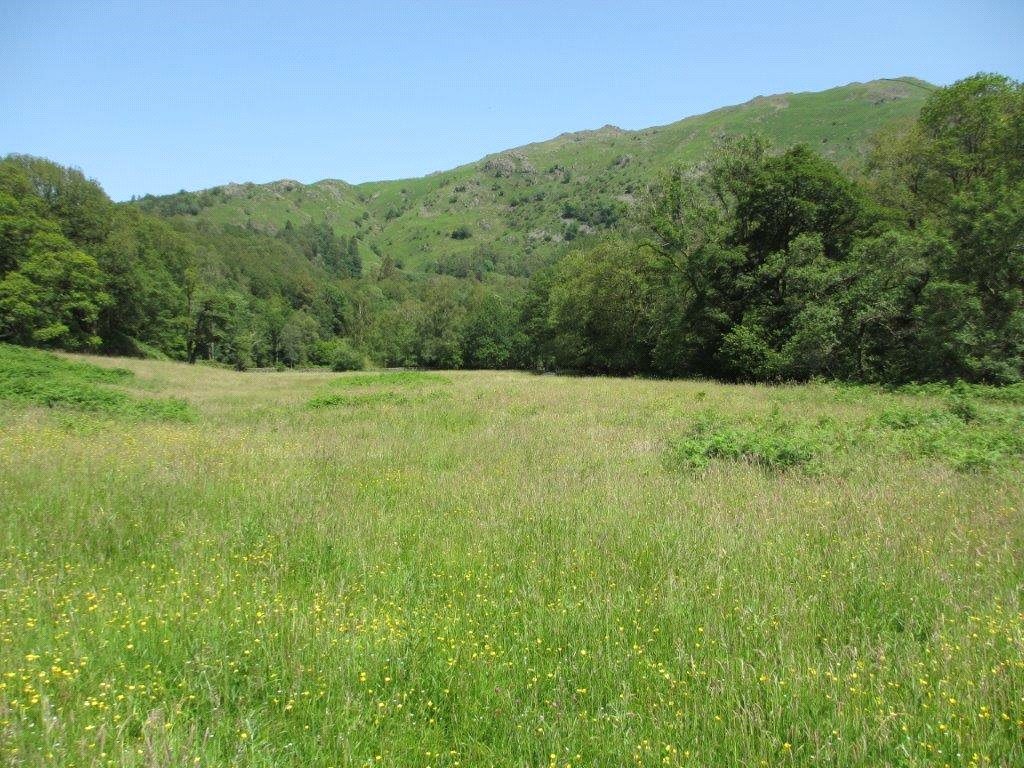 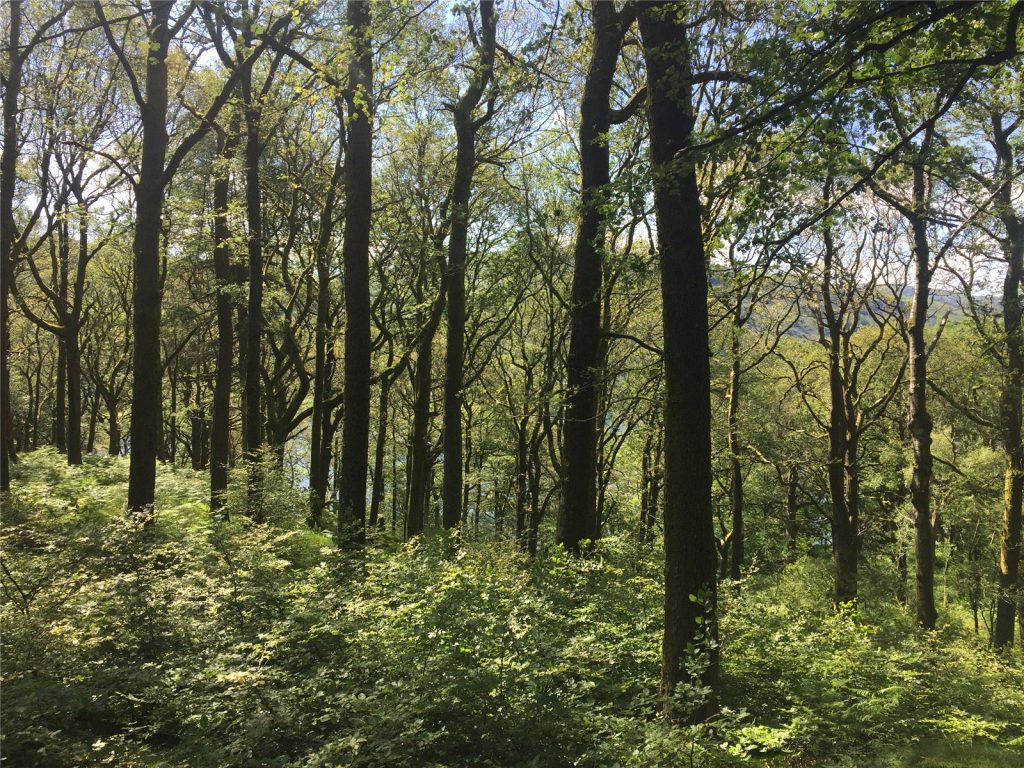 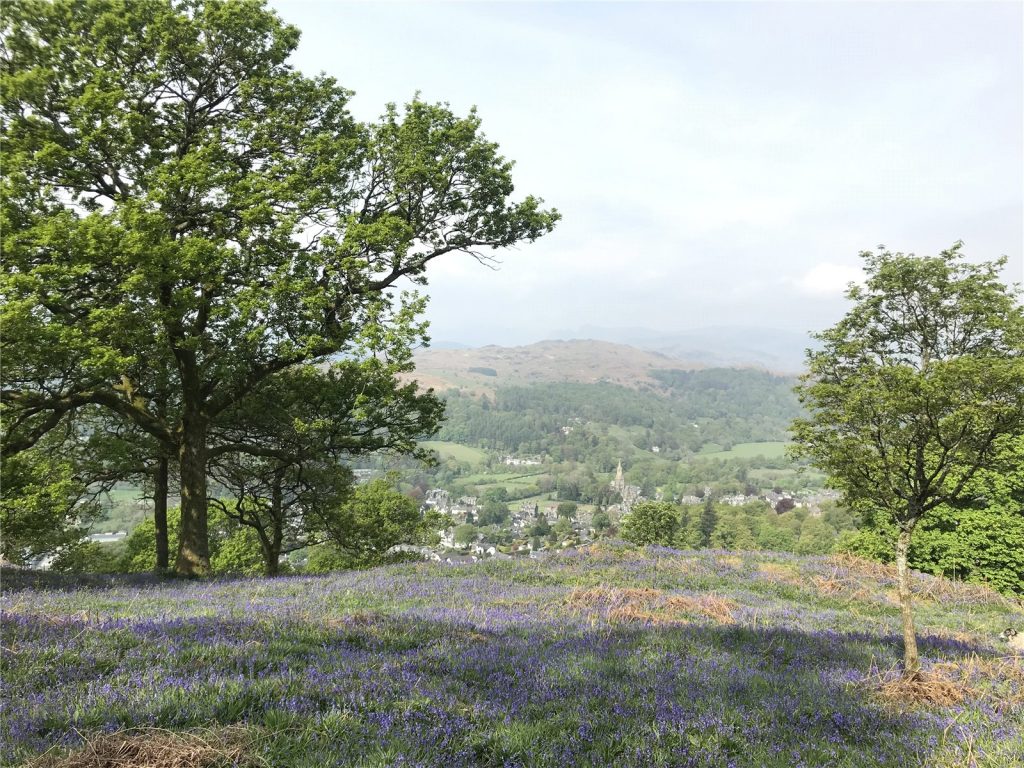 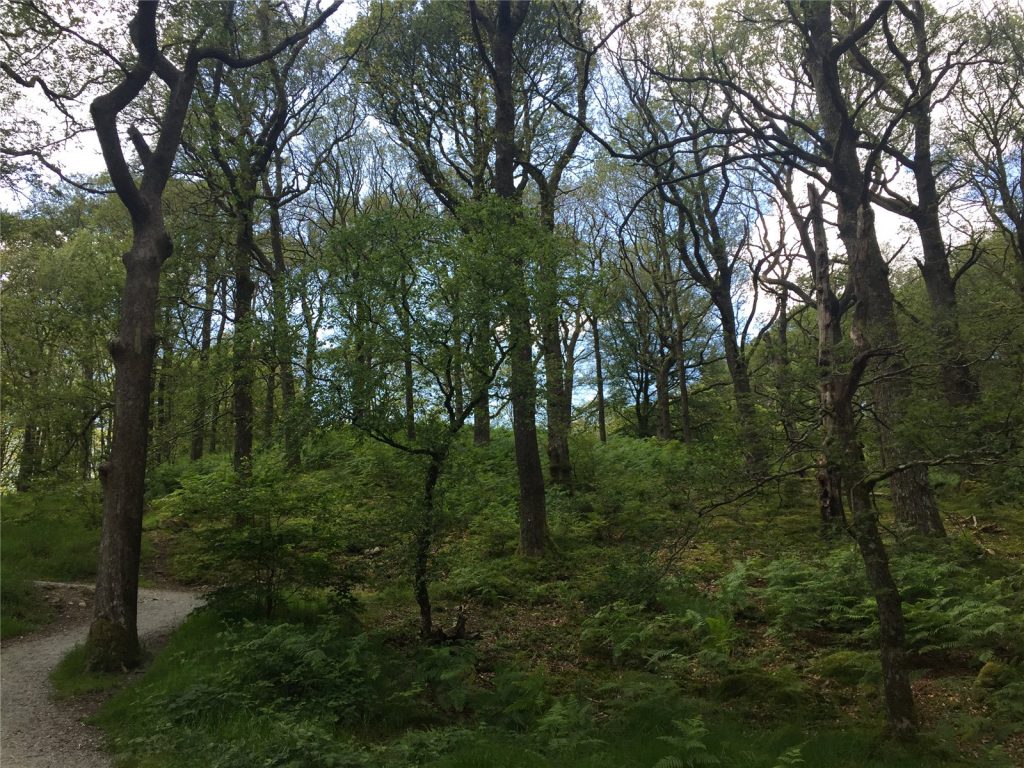 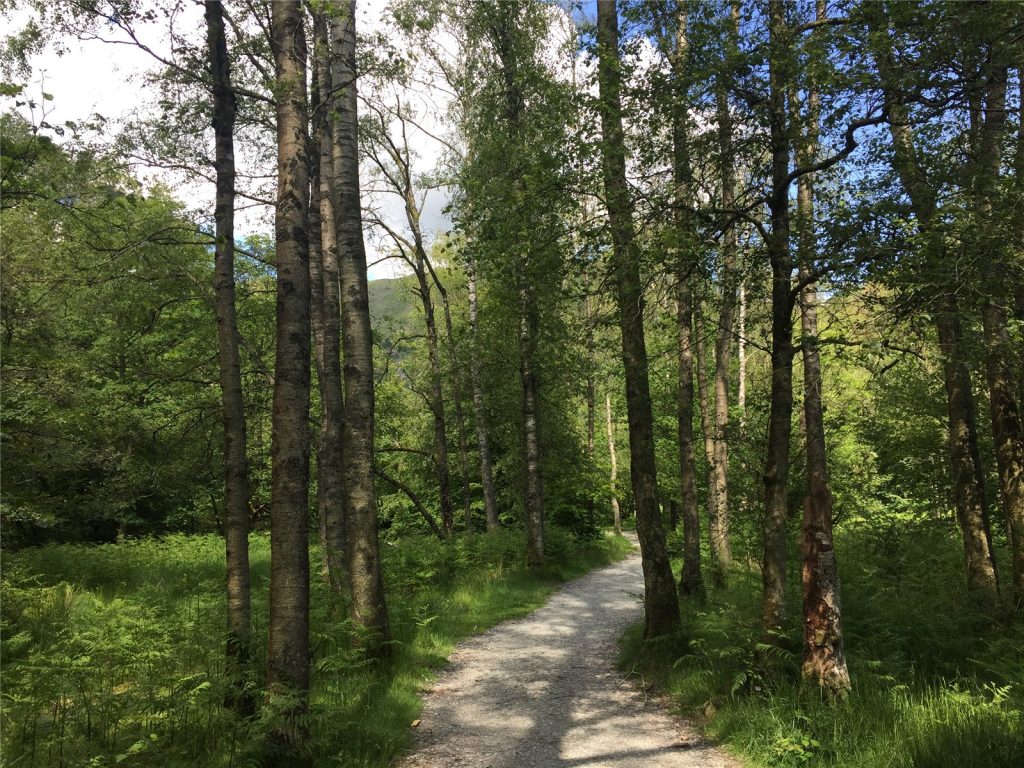 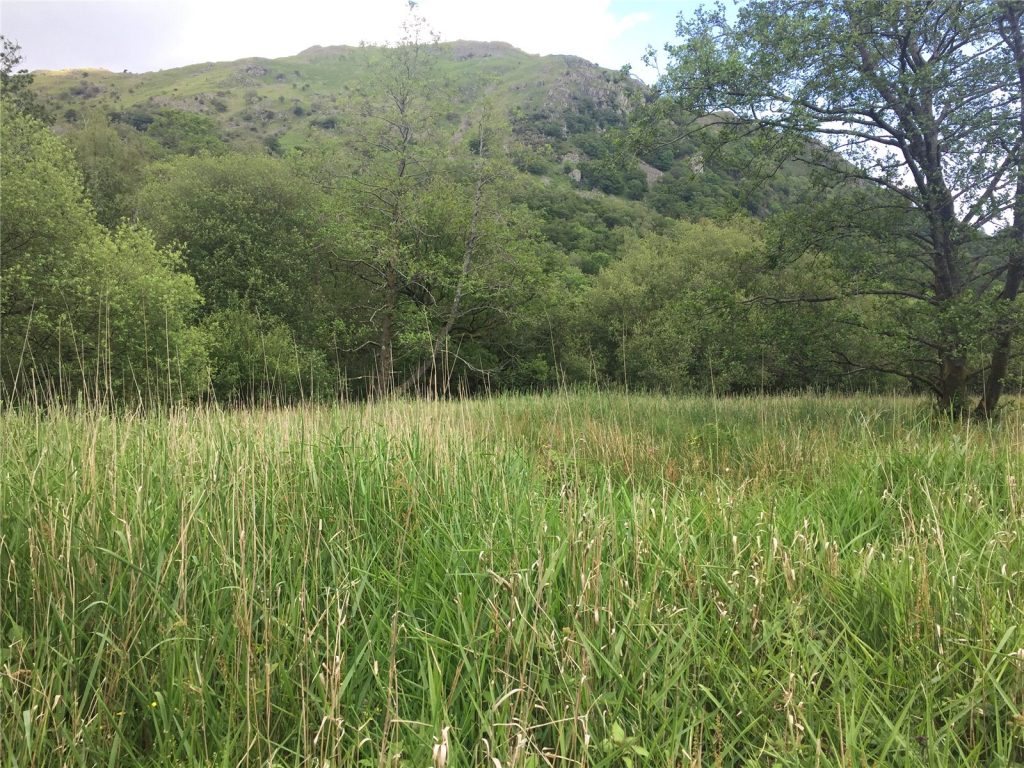 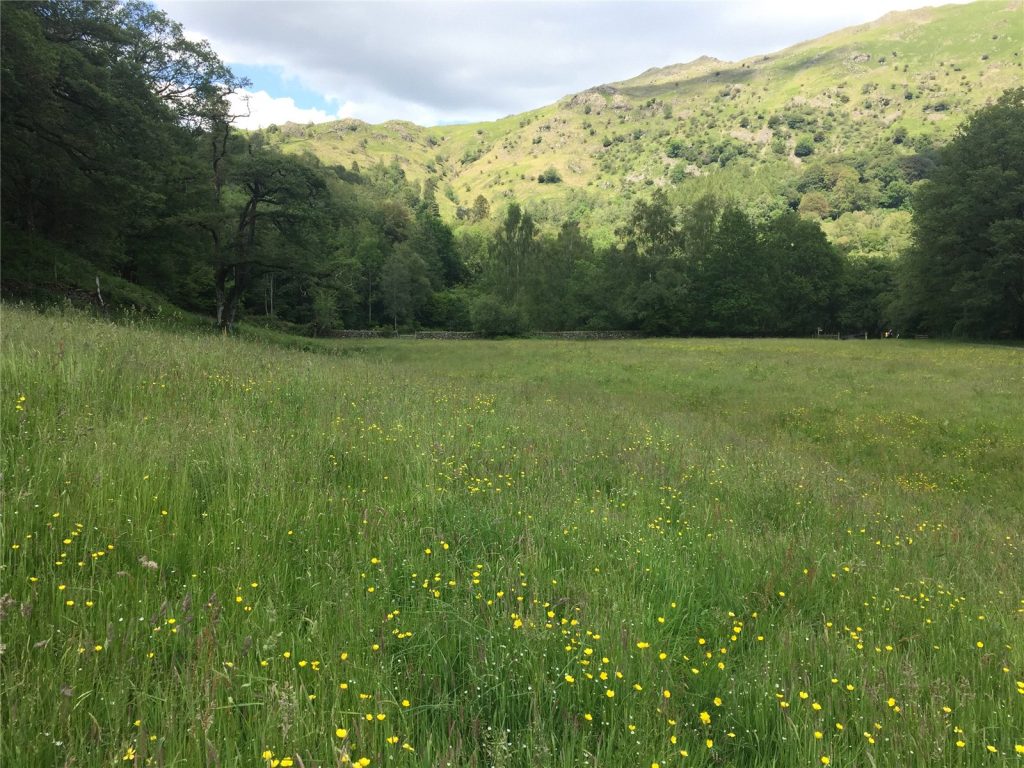 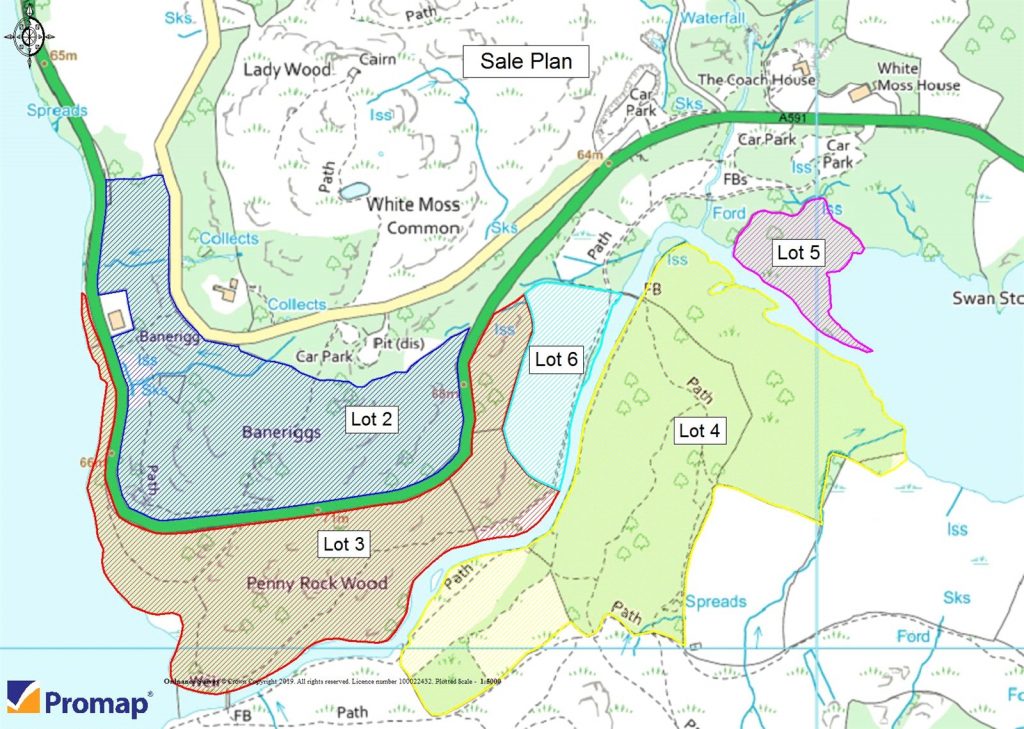 The property comprises a mix of deciduous and coniferous amenity woodland situated near to Grasmere, Rydal Water and Windermere in a most picturesque part the Lake District National Park and is offered for sale in six lots, some with lake and river frontage.

Lot 1 is located immediately to the east of Ambleside, on the slopes of Wansfell. Lots 2 to 6 are situated between Grasmere and Rydal Water and in part adjoin the River Rothay.

Lot 1  Blue Hill & Red Bank Woods – Guide Price £70,000
A diverse woodland extending to about 13.90 acres (5.63 hectares), as shown hatched green on the sale plan. In the lower section, Blue Hill Wood, the species include mature oak, ash and beech with a rich ground flora including bluebells. The higher section to the east is Red Bank Woods, which has a mixture of hardwood trees, planted in the mid 1980s. The woodland rises from 110m above sea level on the western boundary up to 240m to the east towards Wansfell, with fell views over Ambleside and Windermere.

Lot 2  Baneriggs Wood – Unavailable
A mixed woodland extending to about 15.18 acres (6.14 hectares), as shown hatched dark blue on the sale plan, which lies between the old road from White Moss Common to Grasmere and the main A591 and extends up to the White Moss Common boundary. The main species include mature oak, birch, beech and ash, plus some softwood species including Scots pine, European larch and Douglas fir. The ground flora includes bluebells, with bilberry and mosses on the rock outcrops.

Lot 3  Penny Rock Wood – Unavailable
A mixed native woodland extending to about 15.33 acres (6.20 hectares), as shown hatched red on the sale plan. The main species include oak, birch, beech, hazel and hawthorn. The ground flora includes alder, yellow iris, valerian, common reed and blackcurrant. The western boundary of the woodland has lake frontage onto Grasmere with fell views and it flanks the River Rothay to its southern boundary. There are boardwalks and paths through the woodland and attractive views over Grasmere.

Lot 4  White Moss Wood & Rydal Wood – Guide Price £120,000
A mixed native woodland extending to about 23.70 acres (9.59 hectares), as shown hatched yellow on the sale plan, which flanks the River Rothay to the northern boundary and has a lakeshore onto Rydal Water to the eastern boundary. The main species include oak, beech, willow and alder, plus some softwood species including European larch and Corsican pine. The ground flora includes bluebells and bracken.

Lot 5  White Moss Woodland – guide Price £15,000
An area of fen and woodland extending to about 2.50 acres (1.01 hectares), as shown shaded pink on the sale plan. The land has frontage onto Rydal Water and the north bank of the River Rothay and is accessed via White Moss car park.

Lot 6  White Moss Land
An attractive parcel of grazing land extending to about 3.70 acres (1.50 hectares), as shown shaded light blue on the sale plan. The land has frontage onto the River Rothay and is accessed via White Moss car park. The land is gently undulating at about 70m above sea level and is classified as Severely Disadvantaged in a Less Favoured Area and Grade 4 under the Natural England Agricultural Land Classification Map for the North West region. The soil type is freely draining, acid and loamy soils over rock.