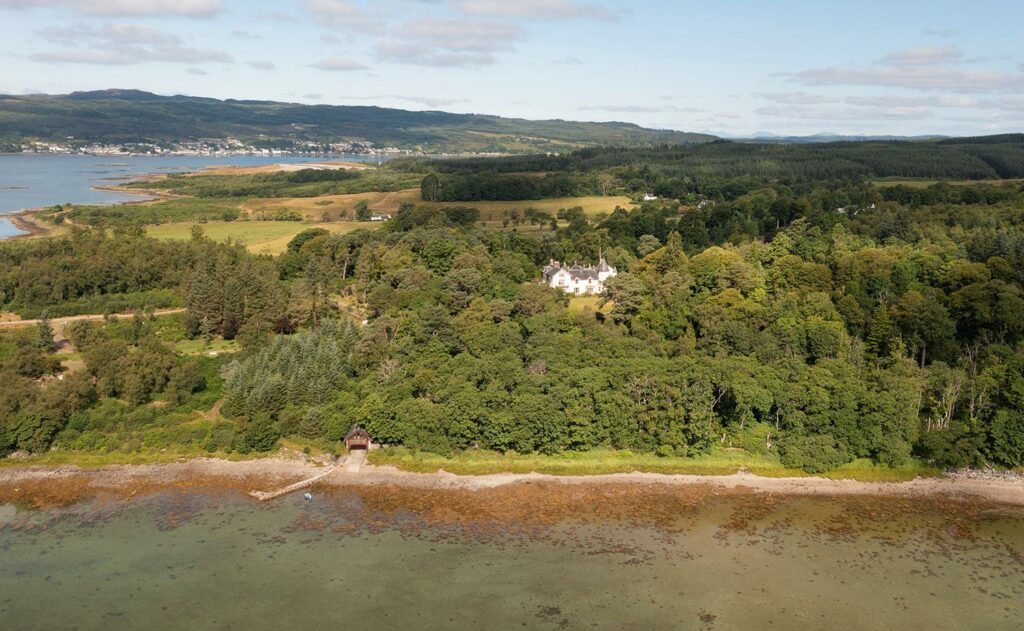 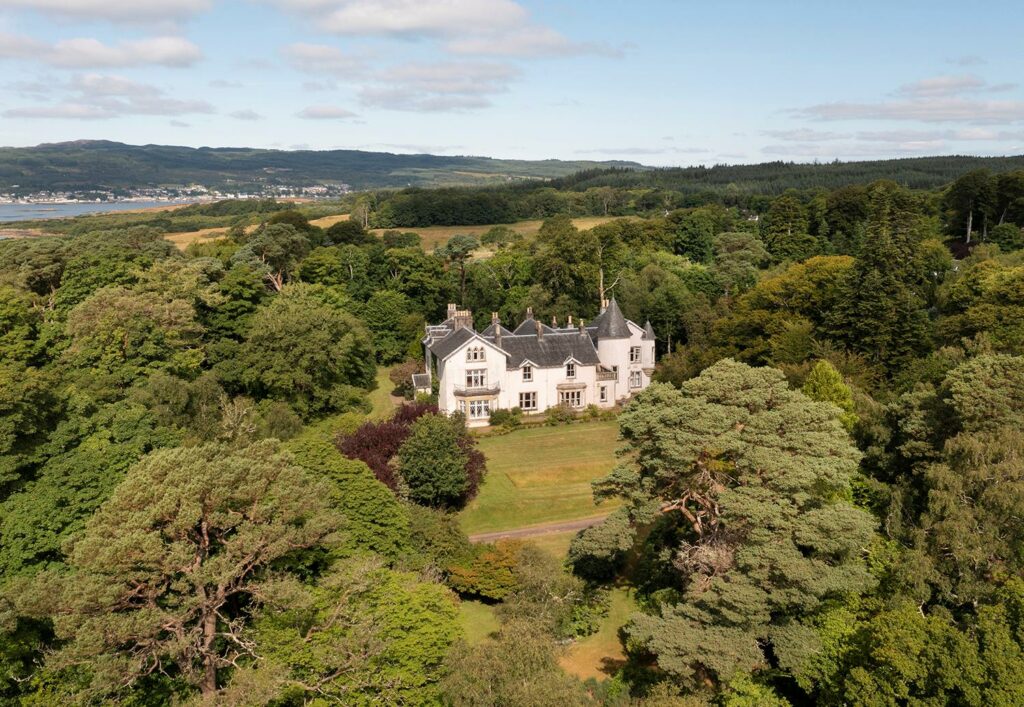 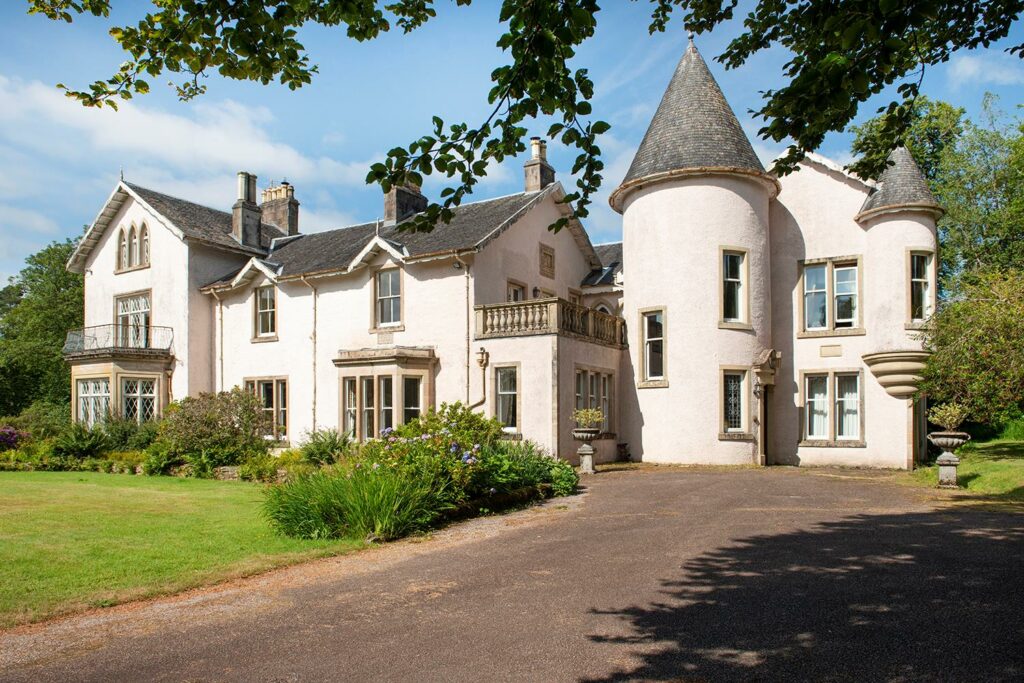 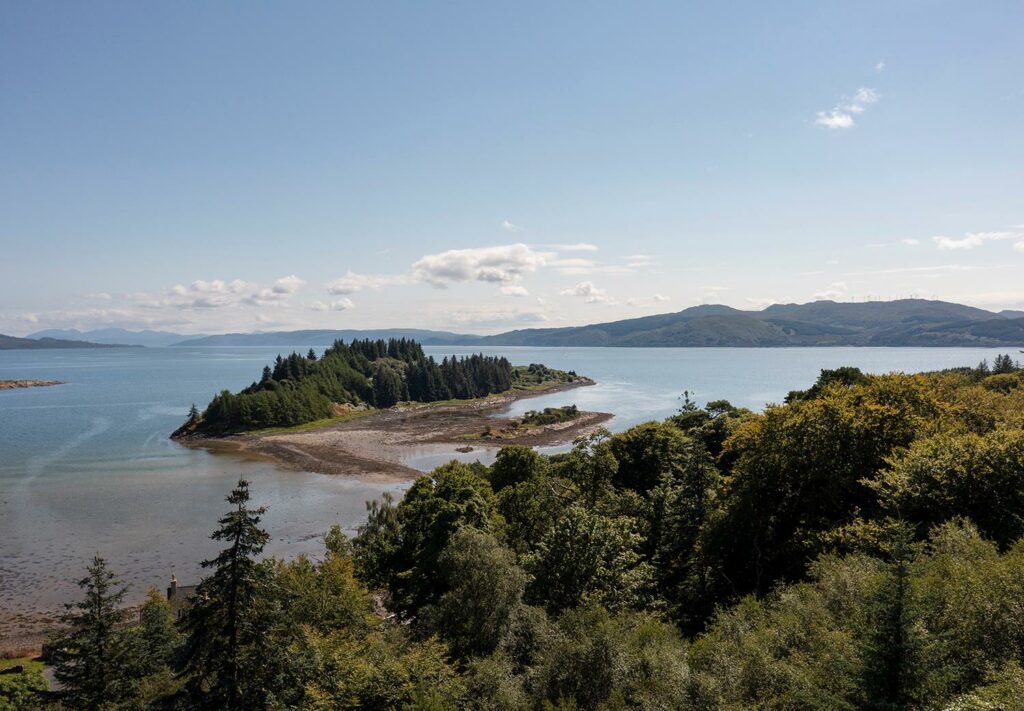 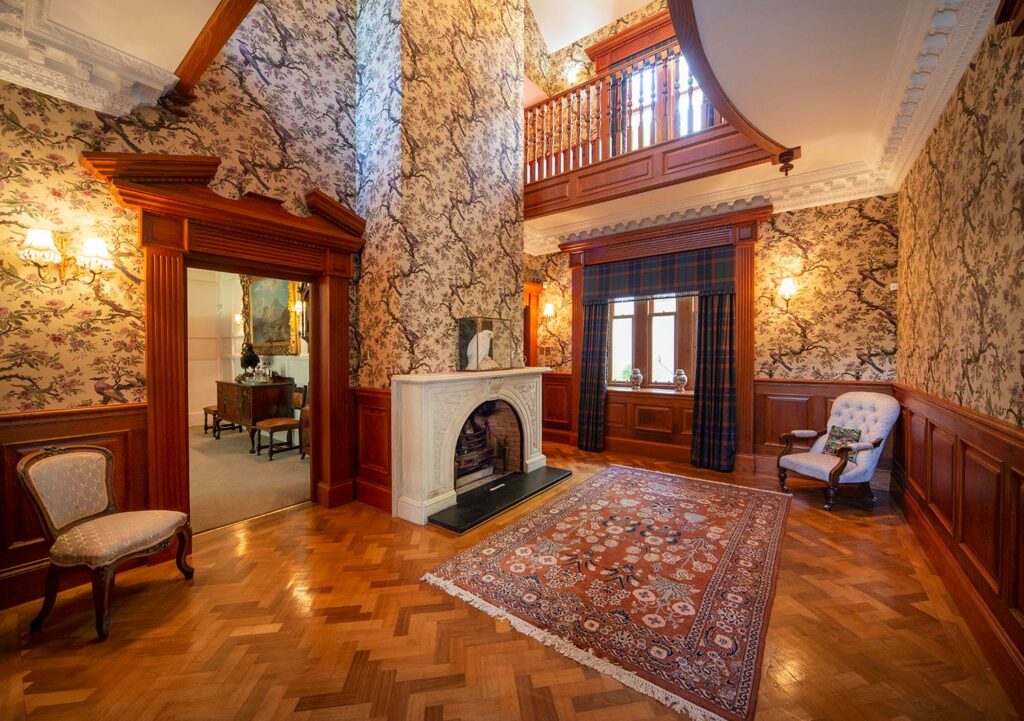 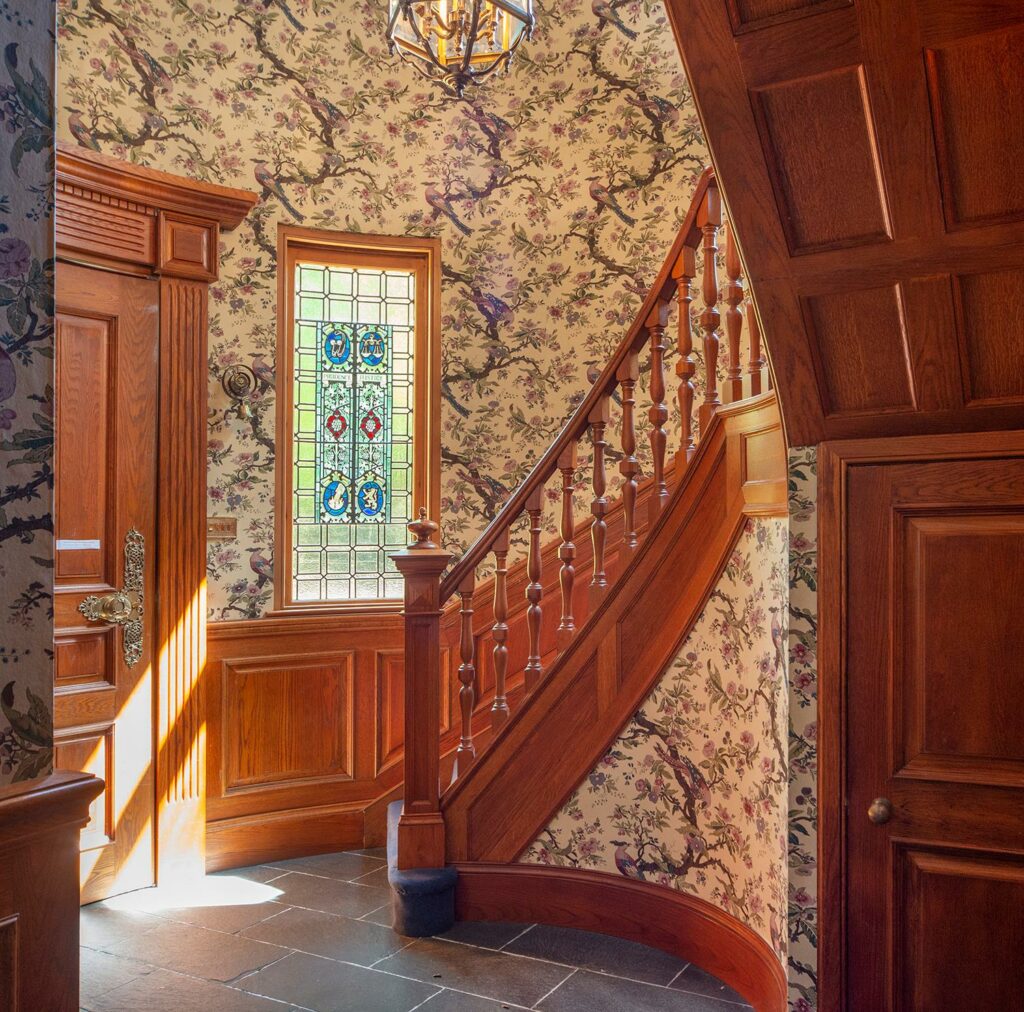 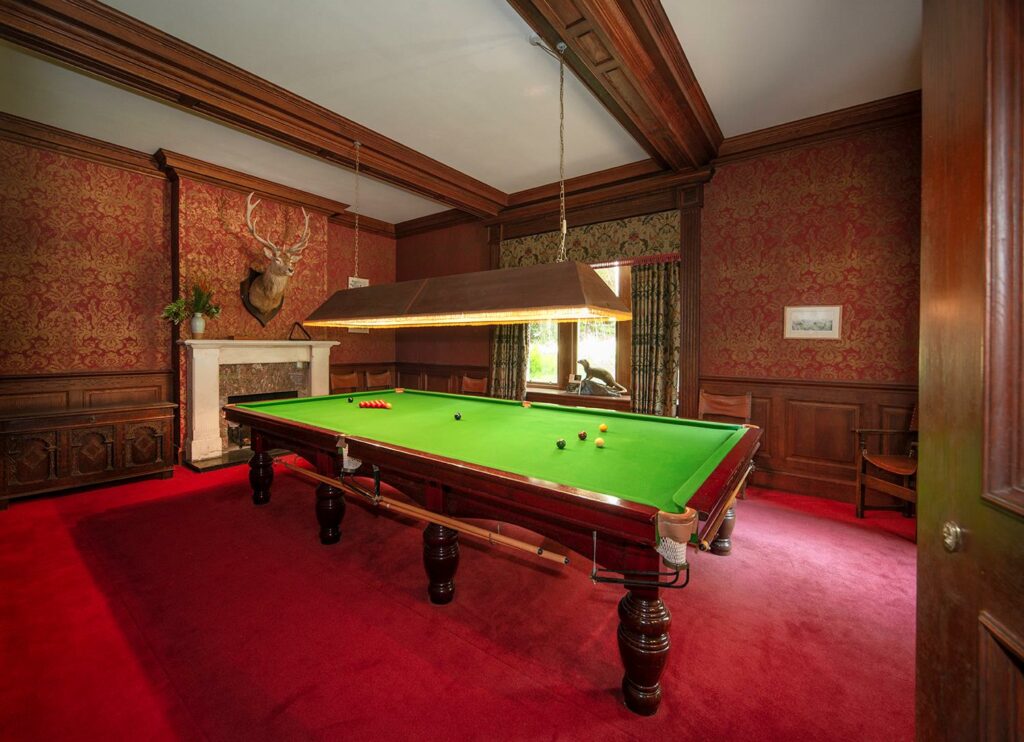 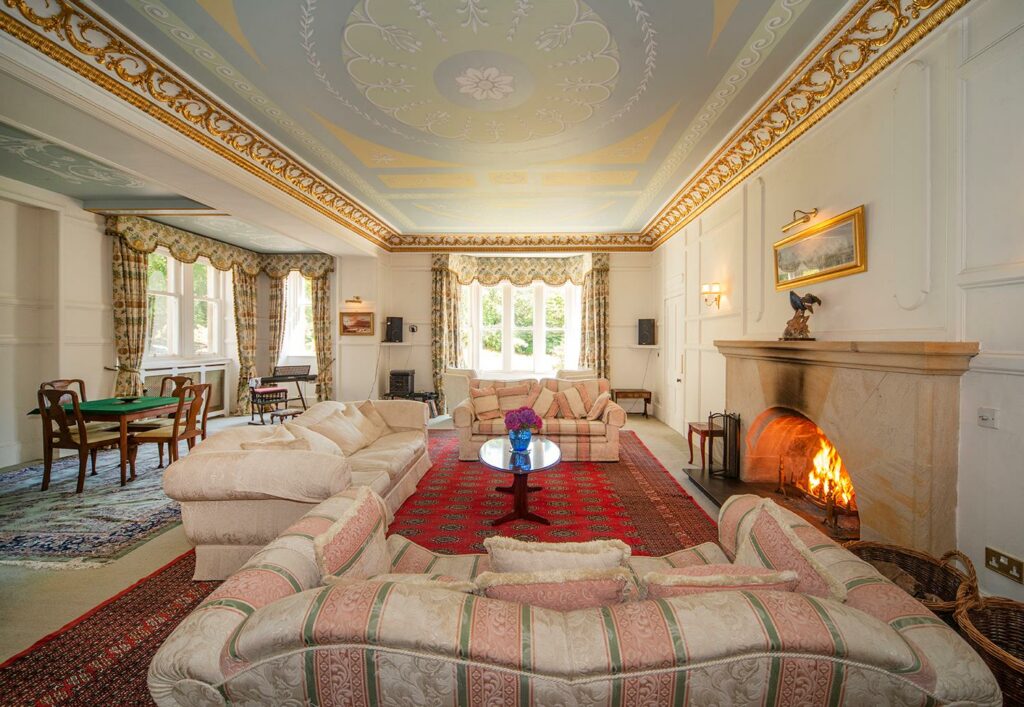 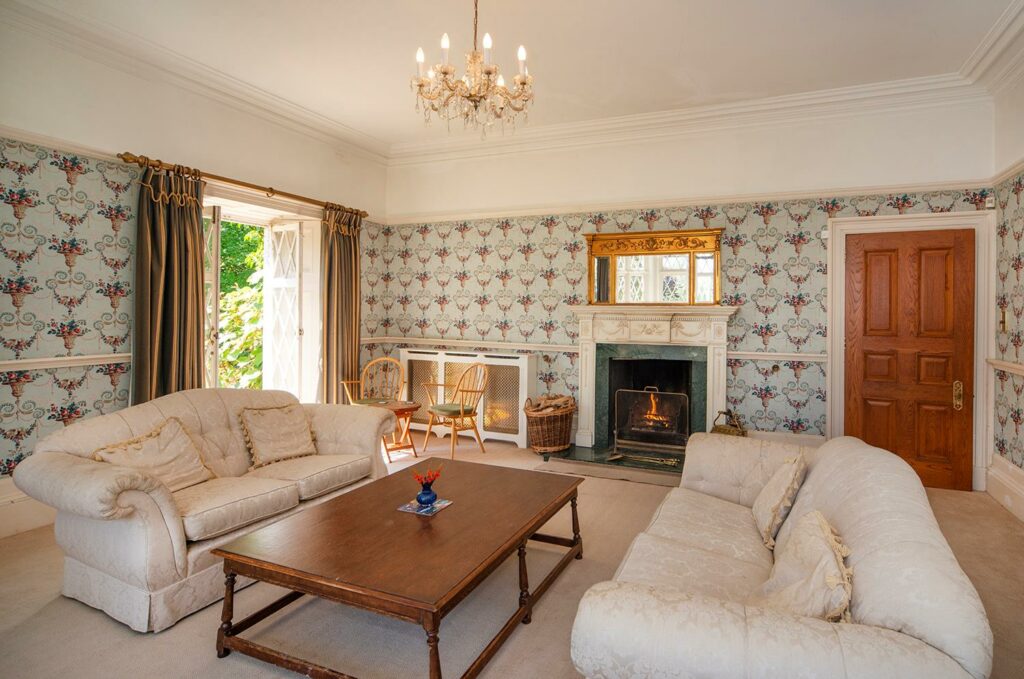 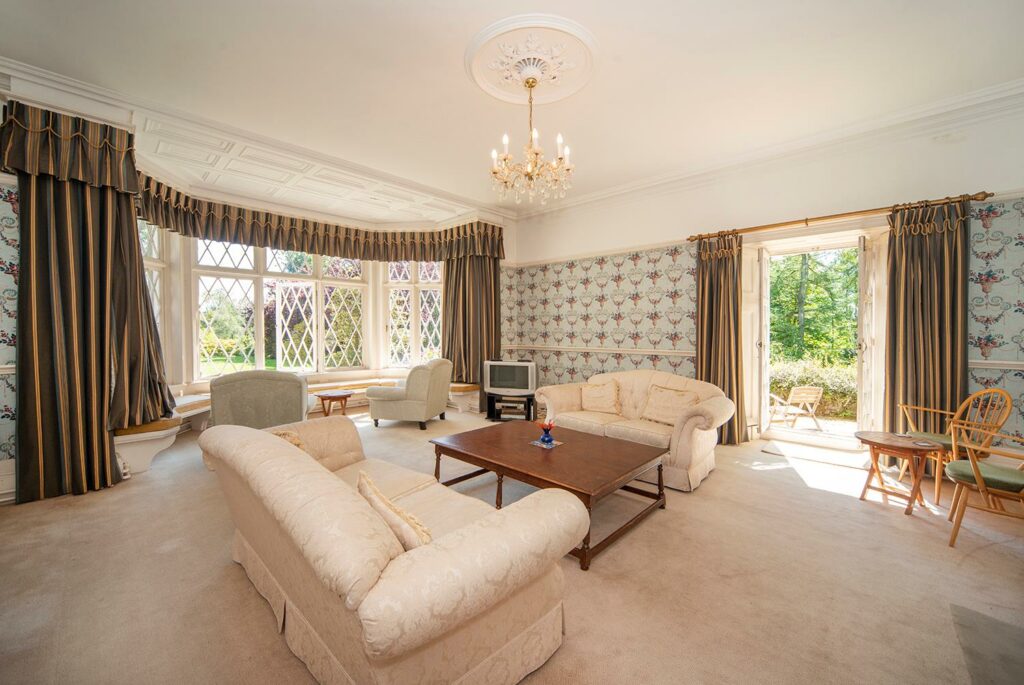 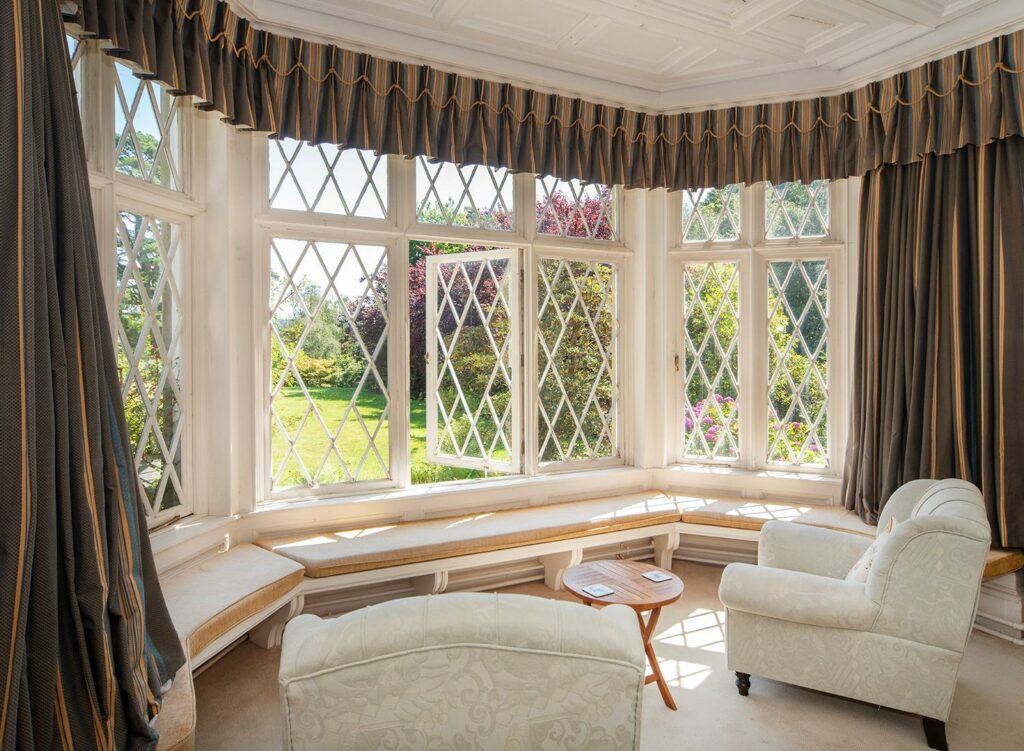 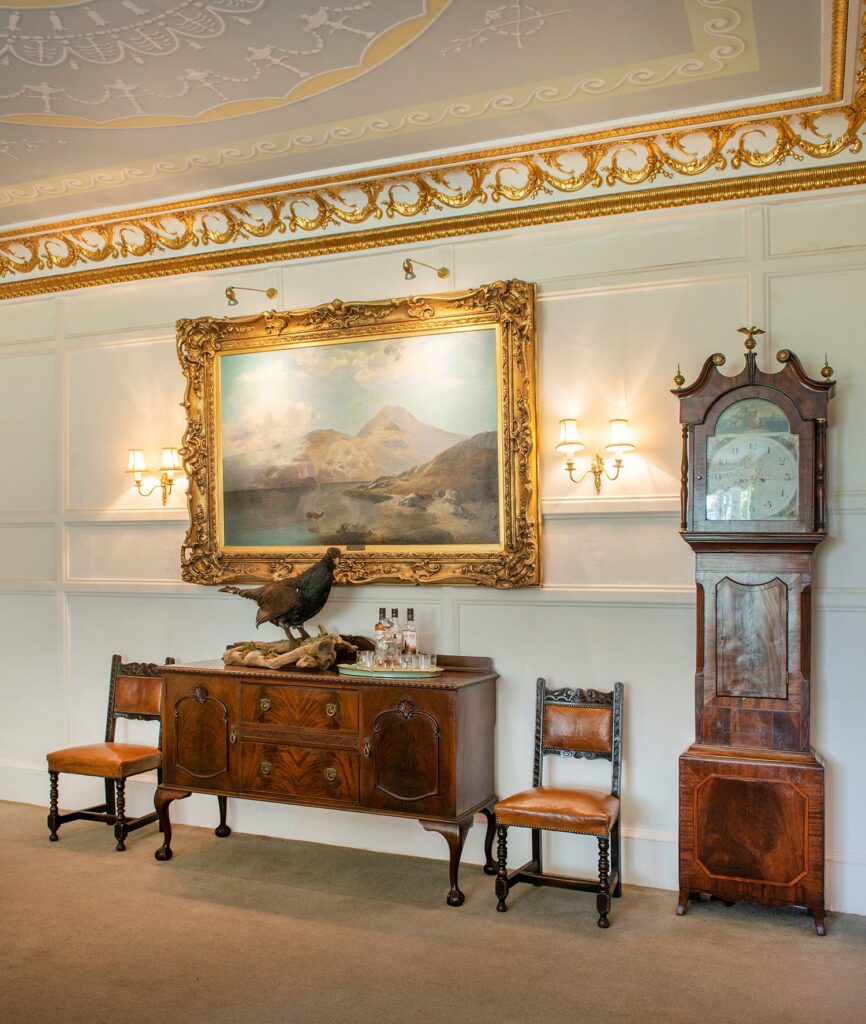 Lochgilphead 2½ miles, Inveraray 22 miles, Oban 39 miles, Glasgow Airport 76 miles (All distances are approximate)
Castleton Estate is situated on the northern shores of the spectacular Loch Fyne on the West Coast of Scotland.
The C-listed Castleton House nestled at the heart of the estate includes 5 reception rooms, 9 bedrooms (3 ensuite) and 3 further bathrooms and includes a swimming pool.
Adjacent there is the attractive Carriage House which includes 1 bedroom and could be used as a holiday let or ancillary accommodation to the main house. The houses are surrounded by mature formal gardens laid to lawn with planted borders and surrounded by mature woodland. There is also a walled garden, tennis court and pony paddock. Outbuildings include stables, garaging and stores. There is an additional block of coniferous woodland at the northern boundary which was planted in 1995 and
extends to about 28 acres. An attractive pond has also been created within it. A woodland walk leads down to the
foreshore of Loch Fyne and includes a Boathouse complete with shower room, boat store and upstairs sitting room with
balcony. Castleton includes about 210 metres of foreshore together with a concrete slipway which can be accessed via vehicle and trailer and a traditional stone pier. The Estate also includes the majestic Eilean Mor Island which extends to about 23 acres in total. The island is covered in mixed bracken and woodland. Full planning consent has been granted on an elevated site at the southern end of the island to create a wonderful 1-bedroom house with superb views across to Arran and the Kintyre Peninsula. The policies at Castleton extend to about 67 acres in total. Castleton offers a wonderful coastal and amenity estate on
the West Coast of Scotland with the opportunity to build a dream house on your own island.

Castleton House
Castleton House which is understood to date back to the early 18th century, was englarged in the 19th century and then again after 2000 when the previous owners added on a significant extension. The property was rewired and the majority of the roof was re-slated in 1997. The house is approached by two tree-lined driveways which pass through the gardens and terminate in a gravel sweep to the front. The house includes many features throughout including the atmospheric billiards room with oak panelling, the majestic drawing room with a tromp l’oeil ceiling, a gilded cornice and substantial open fireplace, the dining room and morning room which has a feature bay window with lattice windows and French doors which open to a paved terrace. There is also a pool room complete
with a propulsion exercise pool, sauna and shower room.
The staircase in the entrance hall rises up to a wonderful galleried landing with doors opening up into magnificent oak panelled library with feature marble fireplace. The principal bedroom suite complete with dressing room and ensuite bathroom has a terrace to take in the views overlooking the gardens and Loch Fyne beyond.

Eilean Mor Island
Eilean Mor Island sits opposite the foreshore of the estate between Glac Mhor Bay and Loch Fyne. Extending to 23.44 acres in total the island can be accessed at low tide by foot or a short boat ride from the slipway. There are a variety of habitats on the island which was planted in the 1800’s with spruce and larch, with native woodland, bracken and interspersed with blankets of bluebells.

Gardens and Woodland
The gardens and policies at Castleton are a real feature of the Estate. To the front of the main house, there are extensive lawns with herbaceous borders and flanked by mature mixed woodland. To the north of the house there is a walled garden divided into a kitchen garden, an orchard with variety of fruit trees and a tennis court. To the west of the walled garden there is a pony paddock.
Paths are interspersed throughout the gardens including down to the lochside.

Castleton Estate is situated in the very private and attractive
position on the north shore of Loch Fyne by a secluded
bay known as Glac Mhor. The Estate is accessed via
two separate driveways off the A83. The coastal town of
Lochgilphead at the head of Loch Gilp is only 2½ miles away
and has local amenities including two supermarkets, an
excellent butcher, fishmonger and an artisan deli. There is
also a sports centre, swimming pool and 9-hole golf course.
In addition there is both primary and secondary schooling
and an excellent medical centre.
To the north, the town of Oban is 39 miles away and is the
principal commercial centre for north Argyll and the Inner
Hebrides and with the main ferry terminal serving Mull
as well as many of the Inner Hebridean islands as well as
Barra and South Uist. The town has a variety of shops,
supermarkets, restaurants, a hospital and mainline railway
station with regular services to Glasgow and sleeper
services to London. To the south, the Kintyre Peni

Whether you’re looking to buy a farm, sell your land or maximise the potential and value of your rural business, our team can help. We have many years’ experience of offering a wide range of specialist rural services ...

An attractive arable and grassland farm close to t...