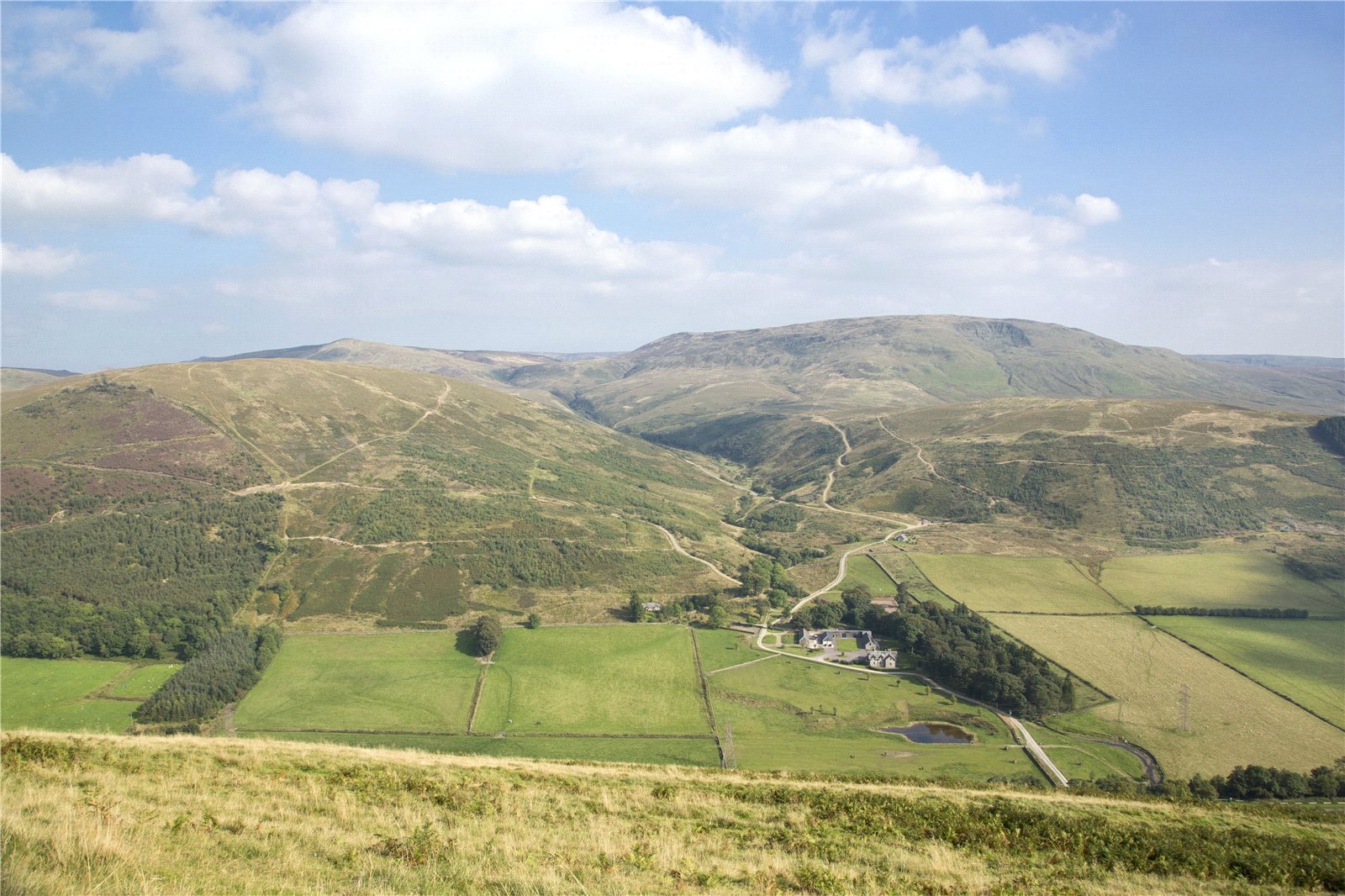 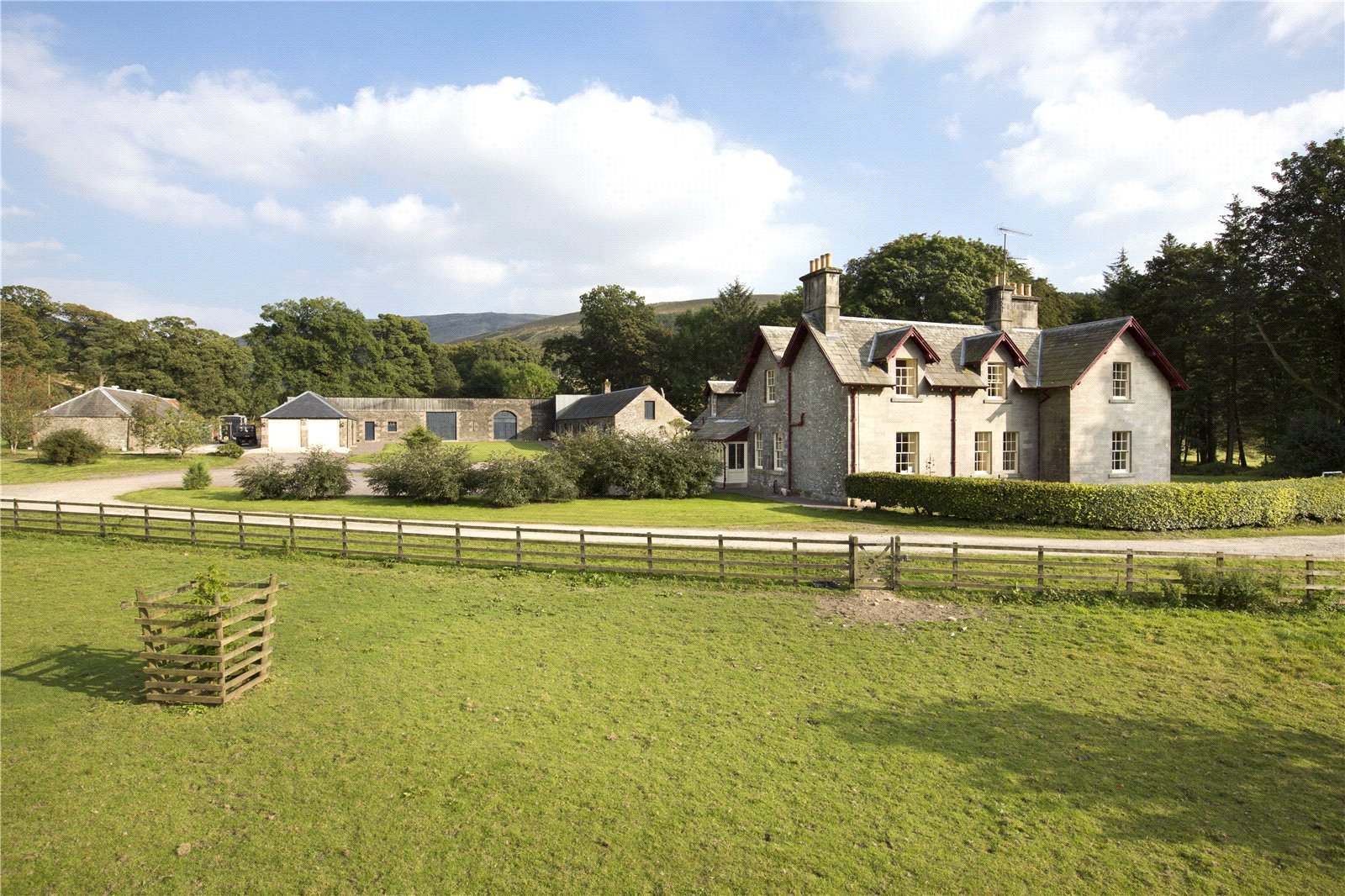 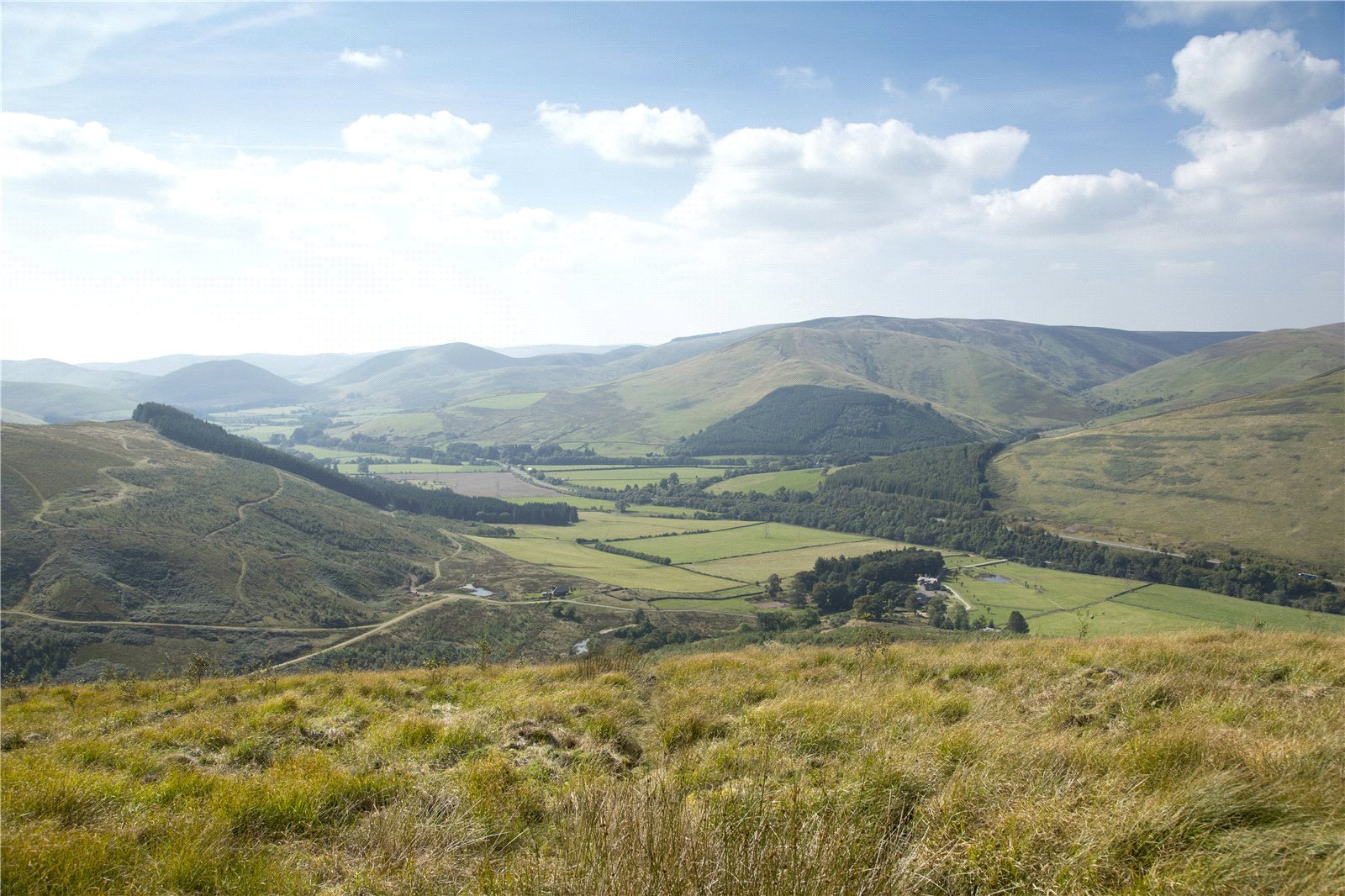 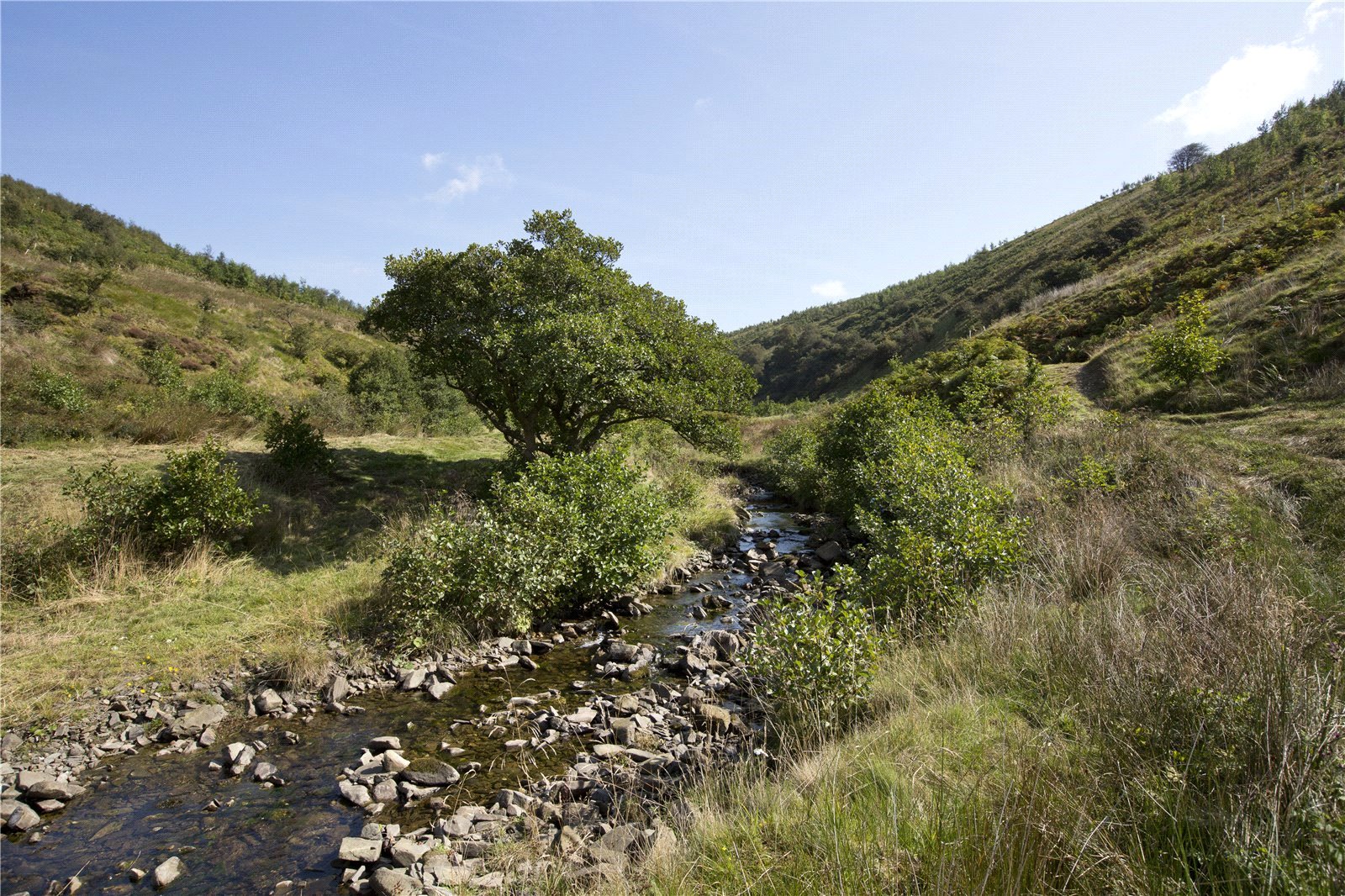 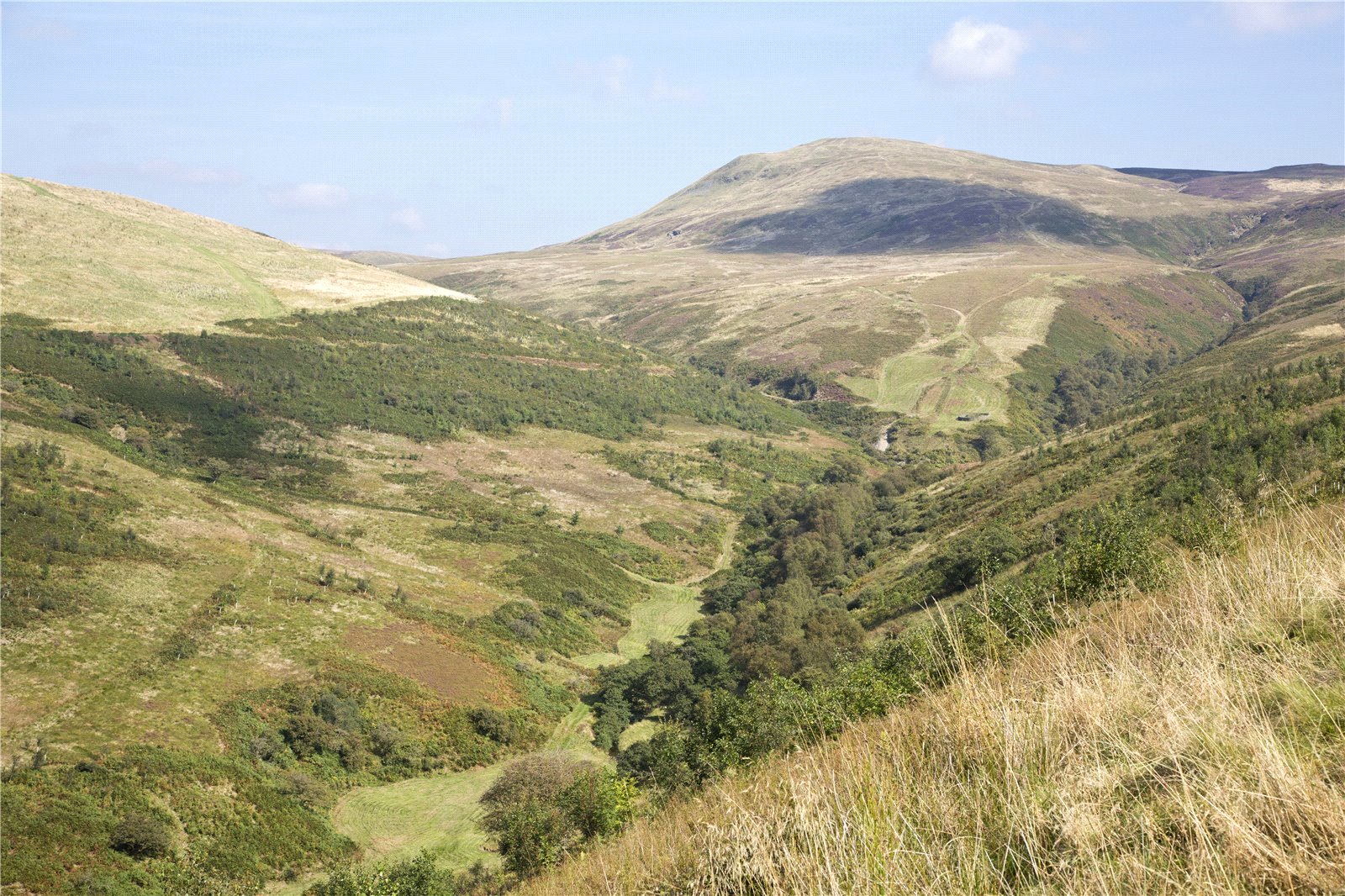 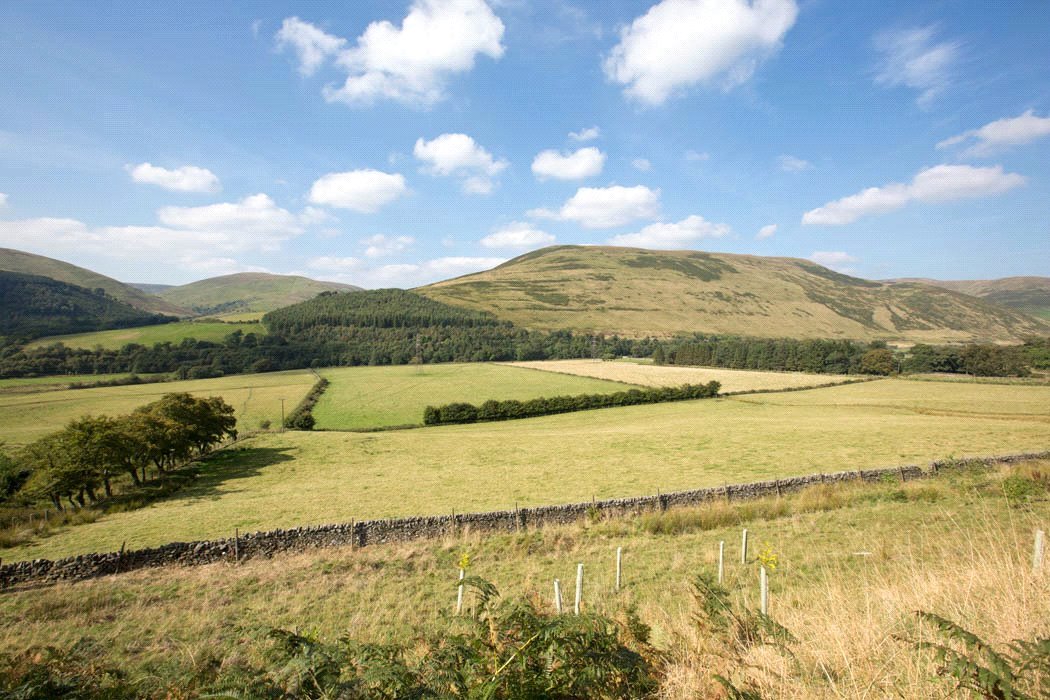 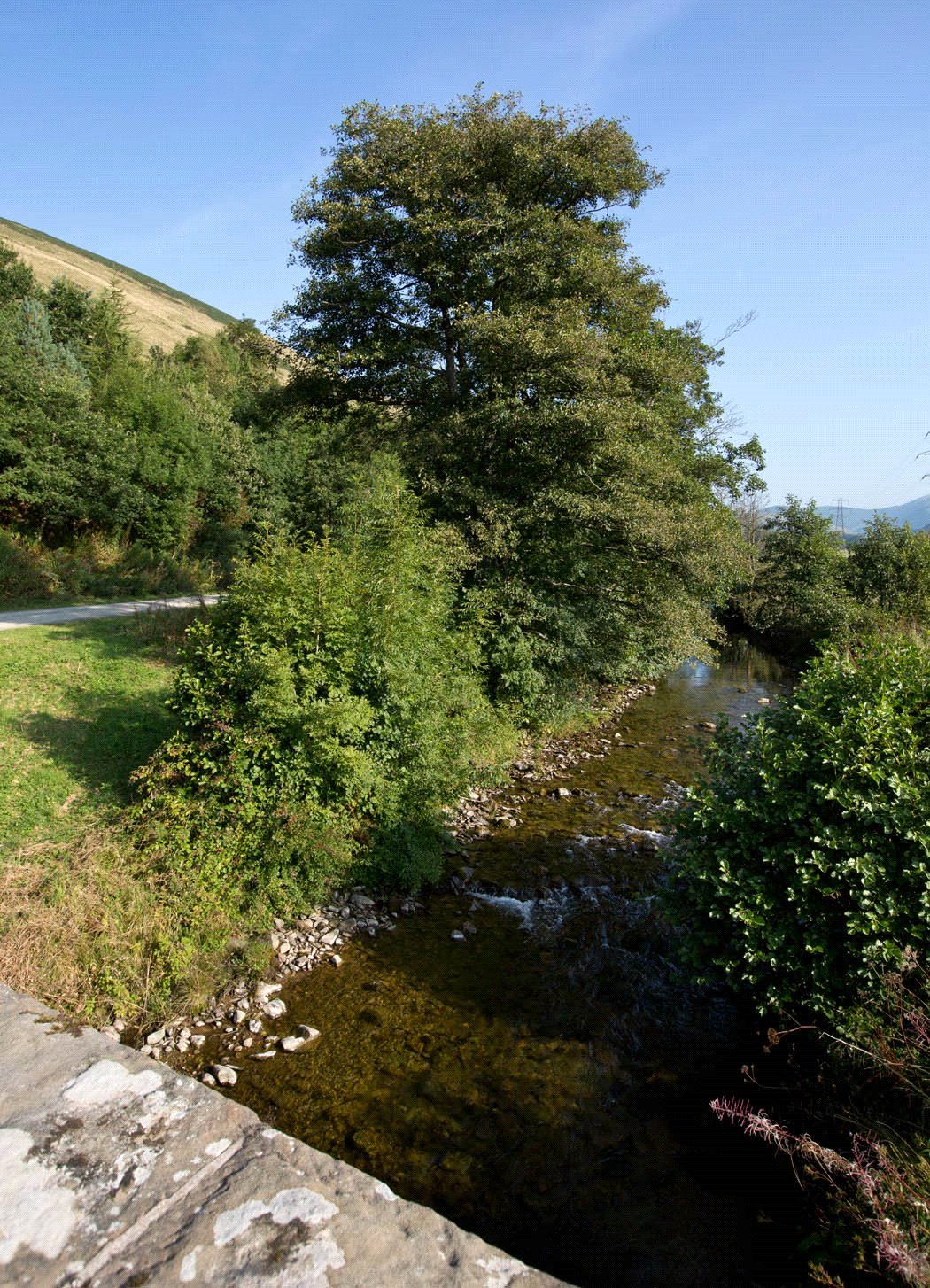 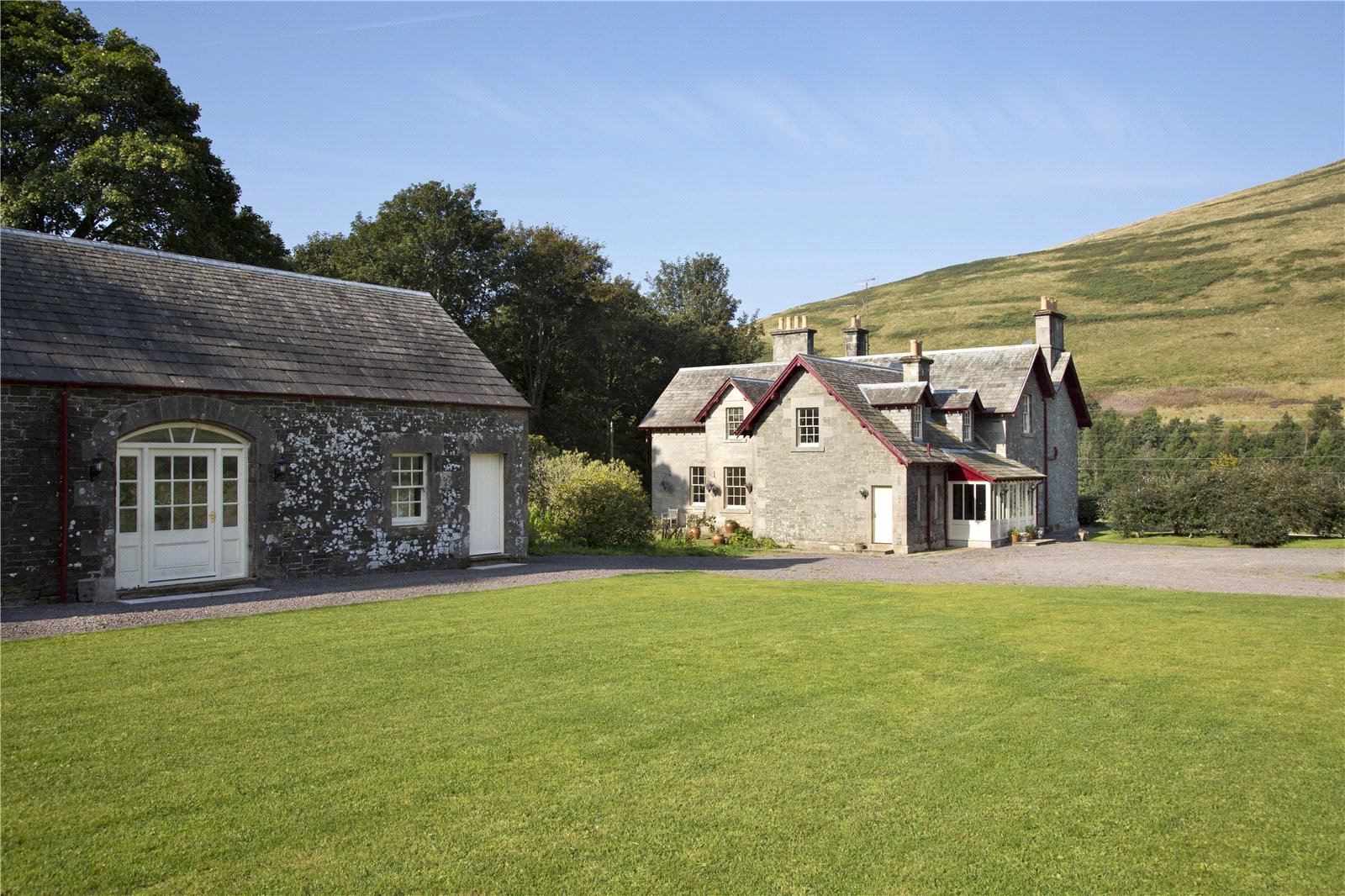 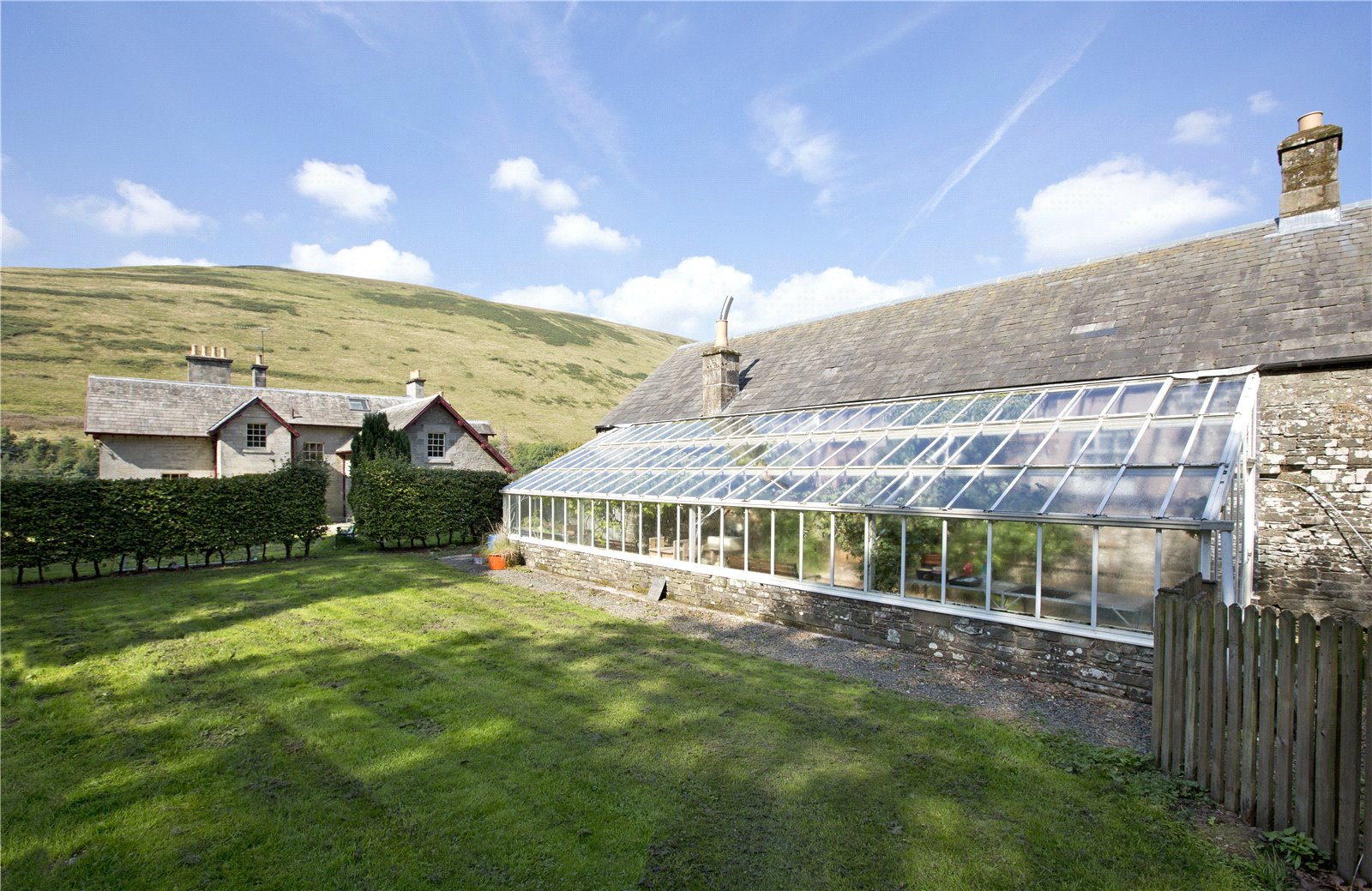 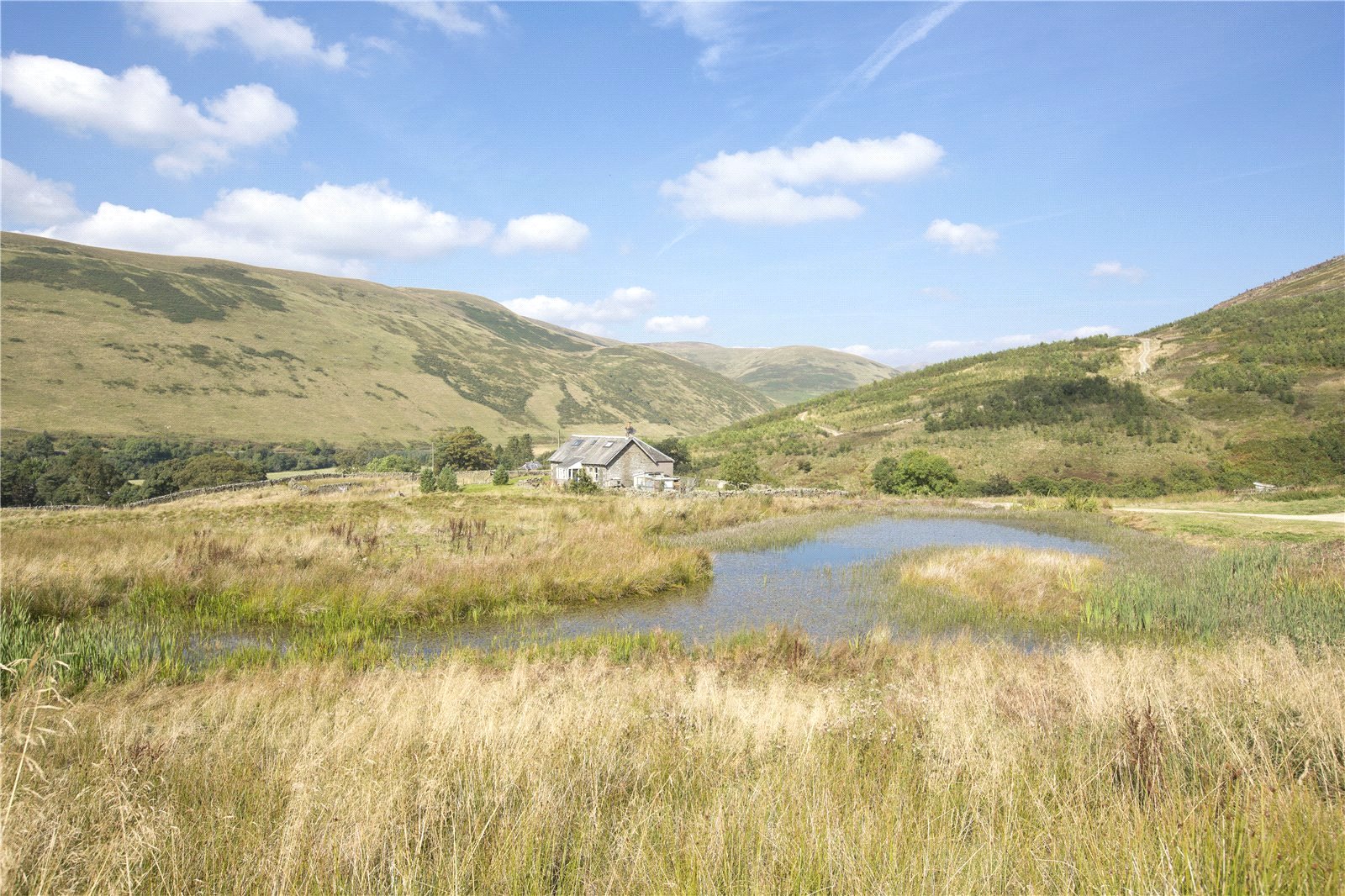 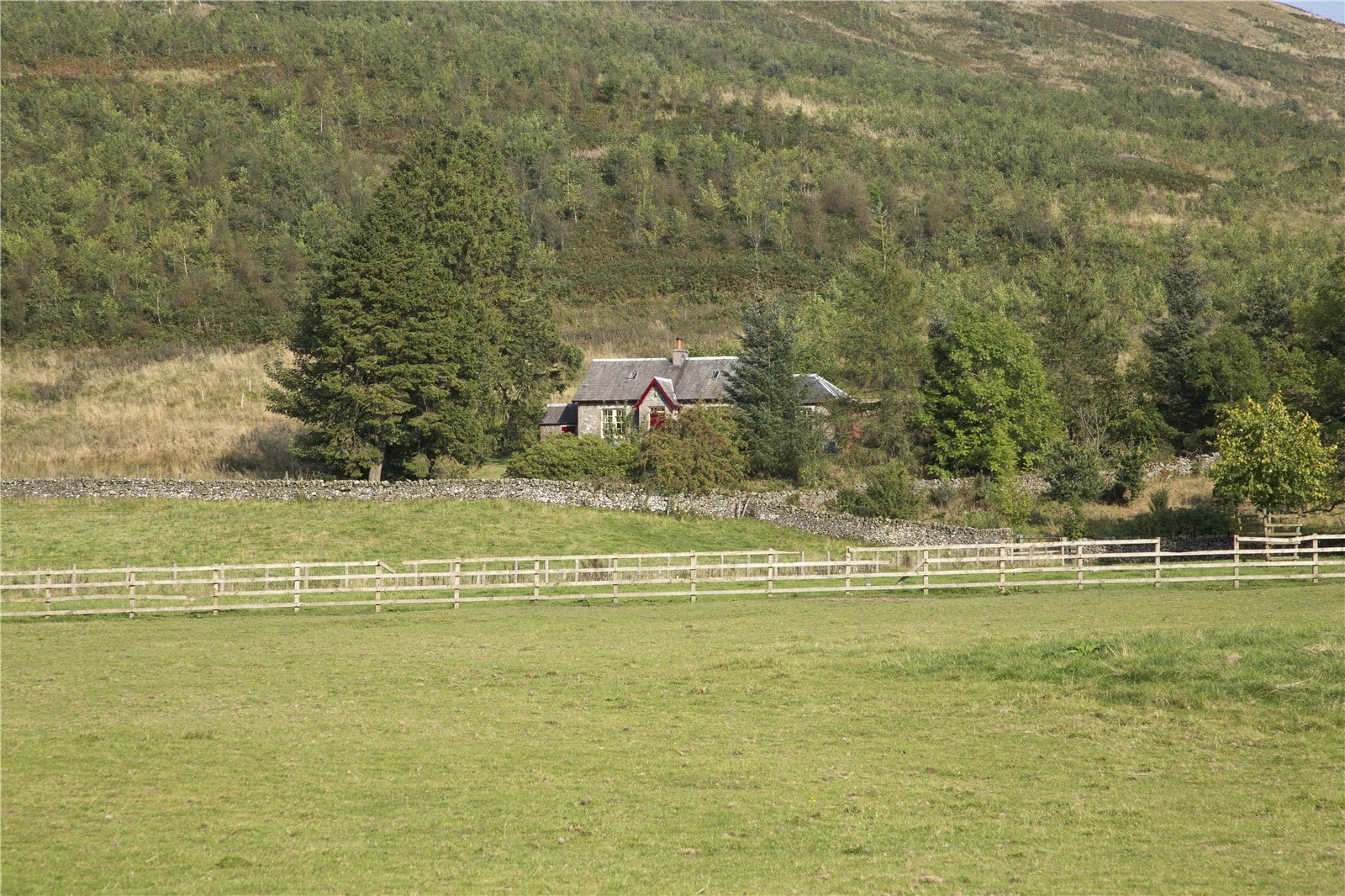 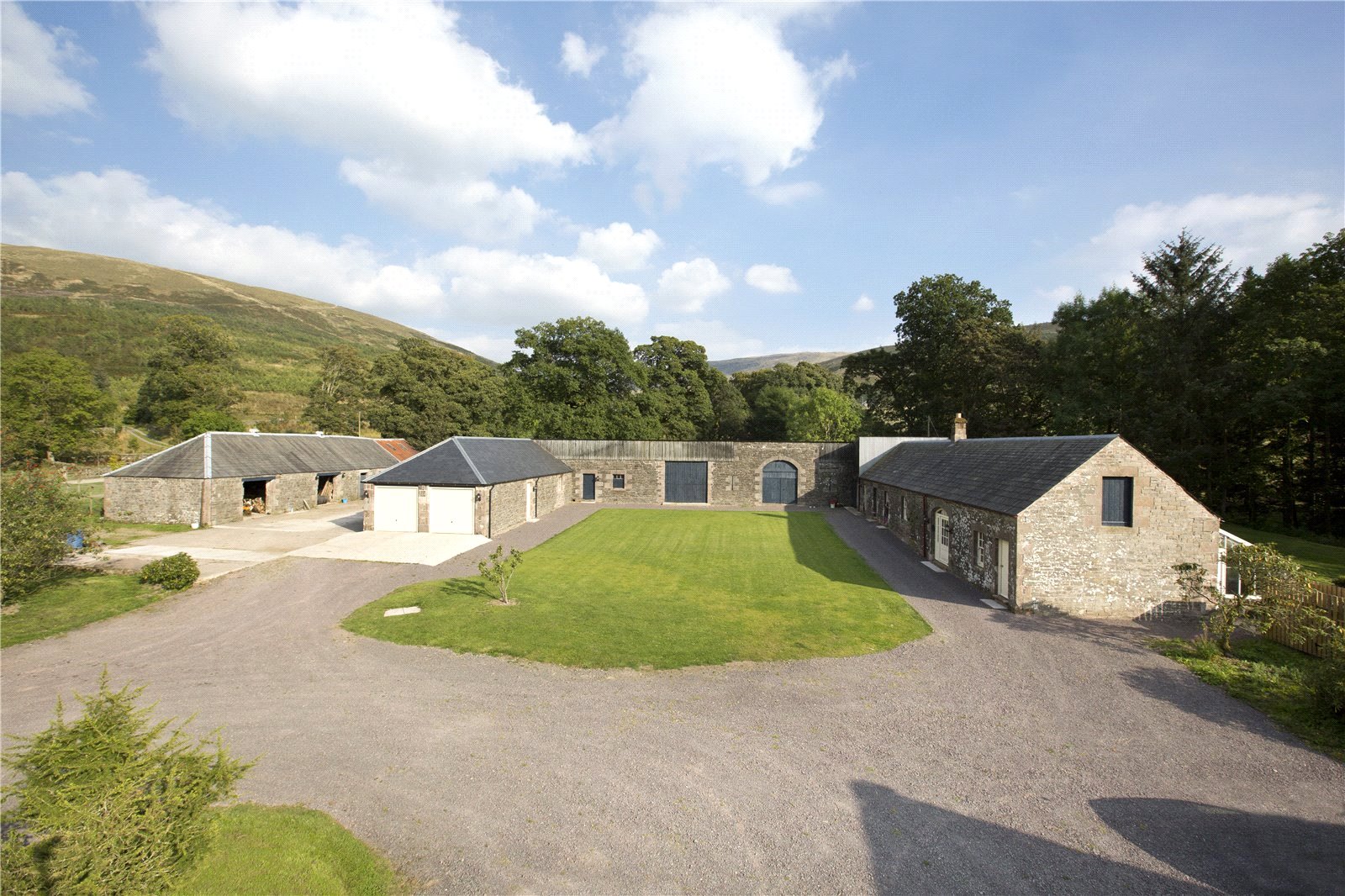 Mosspeeble is located in the scenic Ewes Valley which graduates northwards from Langholm into the Southern Uplands. This glorious corner of Dumfriesshire is one Scotland’s genuinely rural areas, with a small population, no major conurbations and a landscape characterised by undulating valleys interspersed with woodland against a backdrop of heather hills. Accessibility is, however, excellent. The M6 motorway is just 19 miles to the south and provides a fast link into the heart of England. Carlisle railway station (26 miles) is on the main west coast line, with journey times to London taking just under four hours.

The town of Langholm lies at the foot of the valley six miles from the estate and just eight miles from the English Border. Langholm sits between four hills in the River Esk Valley. The highest of the four peaks is Whita Hill, on which stands a monument commemorating the achievements of Sir John Malcolm (1769 to 1833) a former soldier, statesman, and historian. Known by many as the “The Muckle Toon”, Langholm is regarded to be the first of the Borders towns despite actually being in Dumfriesshire. It offers a good range of local facilities, as well as both primary and secondary schools. Further afield, Carlisle has a wide range of professional services and shopping facilities, as does Hawick (18 miles) to the north. Private schooling is available near Carlisle at Austin Friars School and the preparatory school of St Mary’s is located in Melrose (36 miles) and there are many private schools in and around Edinburgh.

Riding has always been a focal point for the local community, with the Buccleuch and nearby Liddesdale Hunts and the tradition of Borders common ridings. The Langholm common riding is in July and celebrates the town’s history and tradition. The rideouts involve hundreds of riders trotting out of the town and along its borders to commemorate the practice from 13th and 15th centuries when there were frequent raids.

The wider area offers a wealth of outdoor activities. In addition to the nearby Border Esk, the Tweed is only 30 miles away, and the Teviot, Annan and Nith offer excellent fishing in close proximity. There are many golf courses in the area, including a picturesque nine hole course at Langholm, and a championship course at The Roxburghe near Kelso, (40 miles). In addition to Mosspeeble’s own fine sport many Borders estates let out driven pheasant, partridge and grouse shooting of the highest quality. The Kielder Forest and Reservoir and Lake District National Park are within easy reach offering wonderful routes for both walkers and cyclists.

DESCRIPTION
Mosspeeble is a most attractive and peacefully situated amenity and woodland estate extending to about 1,130 acres in total. At its core lies Mosspeeble House, a fully modernised period farmhouse with well appointed accommodation, a traditional courtyard steading and well maintained grounds. There are two cottages which are currently let and provide a useful income.

The farmland is currently let on a seasonal basis for grazing. As a result the estate requires very little input by the owner in terms of either equipment, time or finance. The diverse terrain combined with the extensive woodland offers spectacular riding and walking country and for the sporting enthusiast there is first class driven shooting, roe stalking and duck flighting and the occasional grouse. Unusually, it is possible to drive across much of the estate by 4WD vehicle, allowing easy access for sport, management or simply enjoyment of the natural environment.

The extensive native woodlands planted over the last 15 years have enhanced the landscape and provide a magnificent backdrop which revolves with the seasons. Careful planning and much thought has been given to planting the right species in the most suitable environment. There is scope for some stands to be managed as productive broadleaves through selective pruning and thinning to produce valuable end timber, although not for another 50  70 years.

From the south, take the A7 through Langholm towards Hawick. Six miles after Langholm the access to Mosspeeble is on the right. From the north, take the A7 south through Hawick towards Carlisle. Two miles after the signpost for Hermitage Castle (do not turn off the A7 here) the access to Mosspeeble is on the left with a sign. The postcode is DG13 0HW.