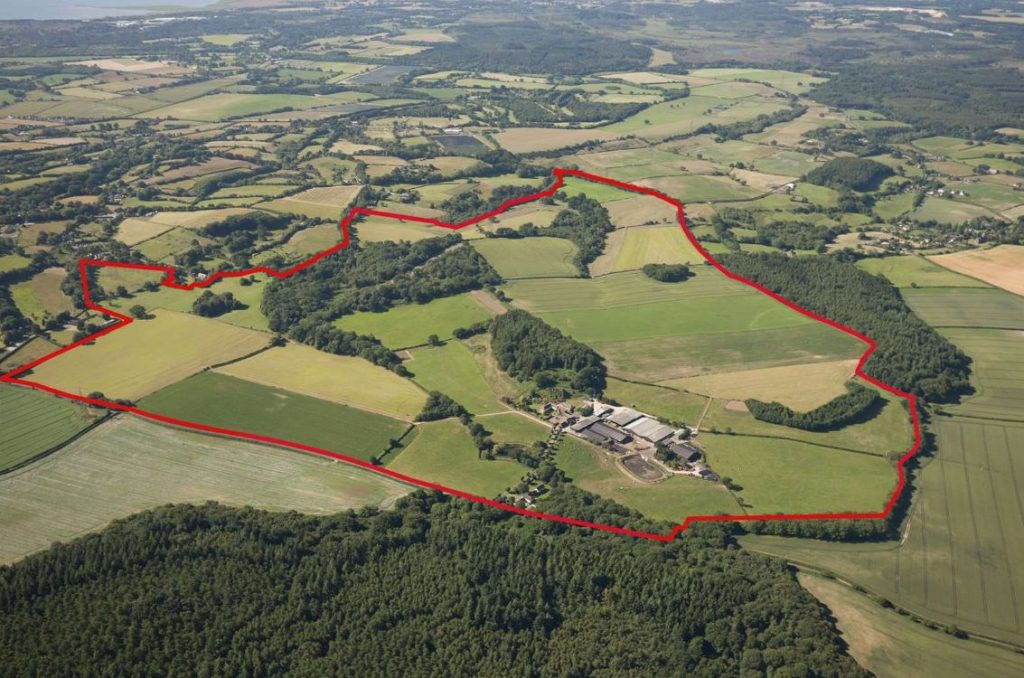 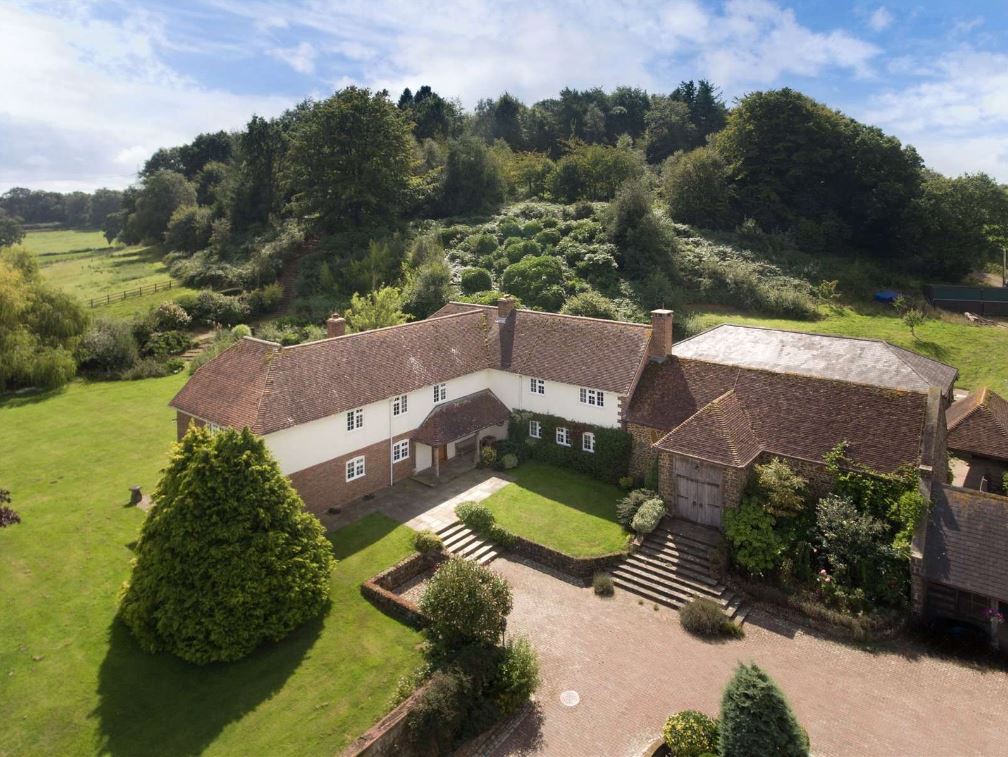 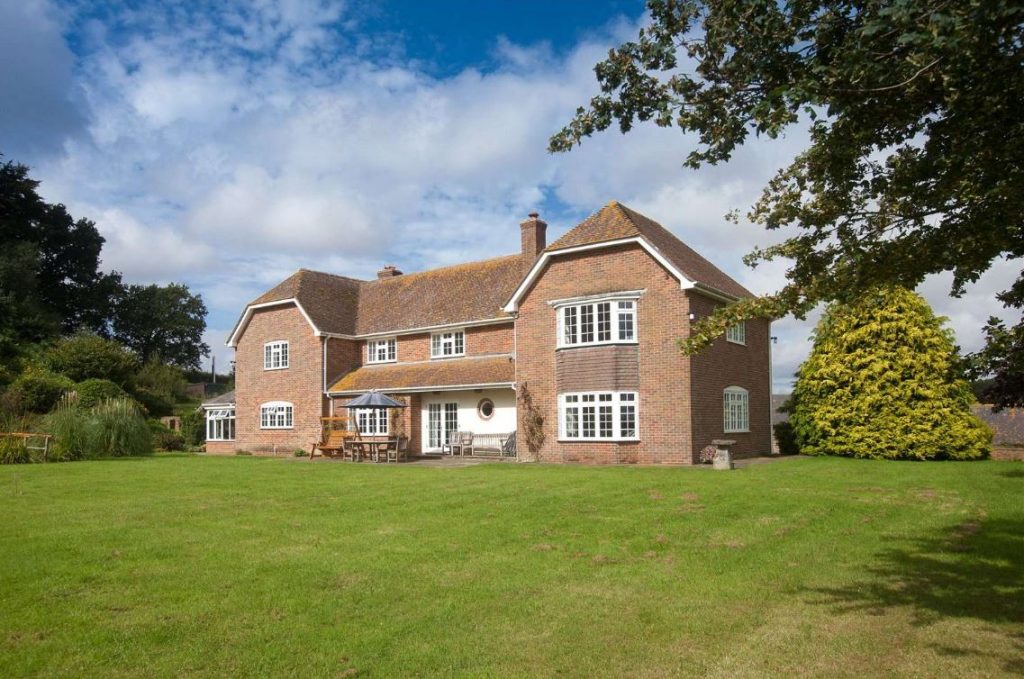 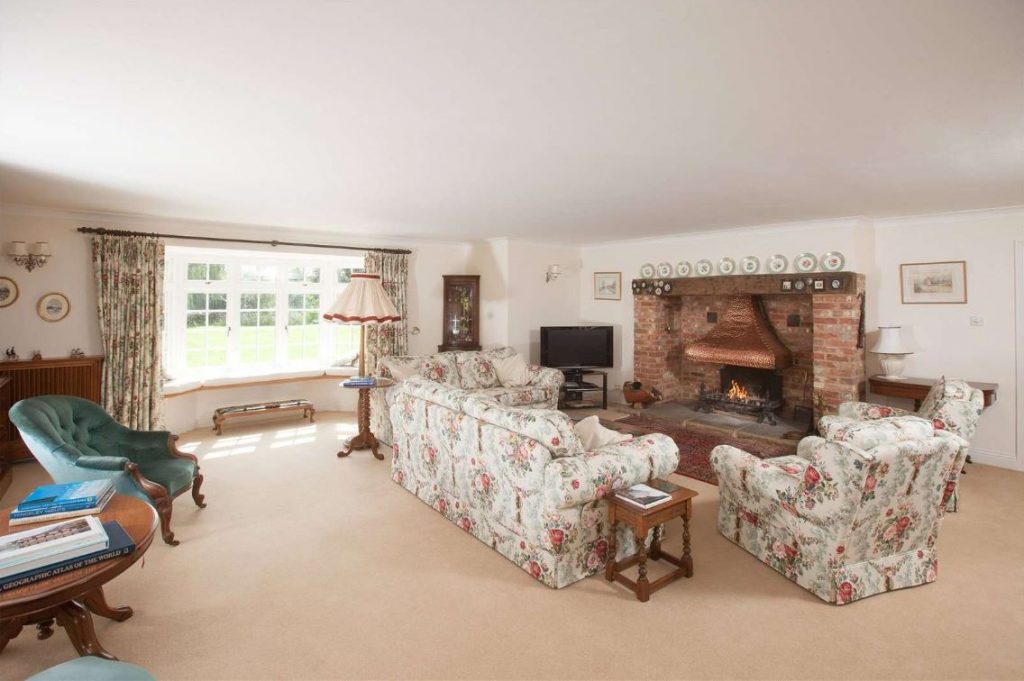 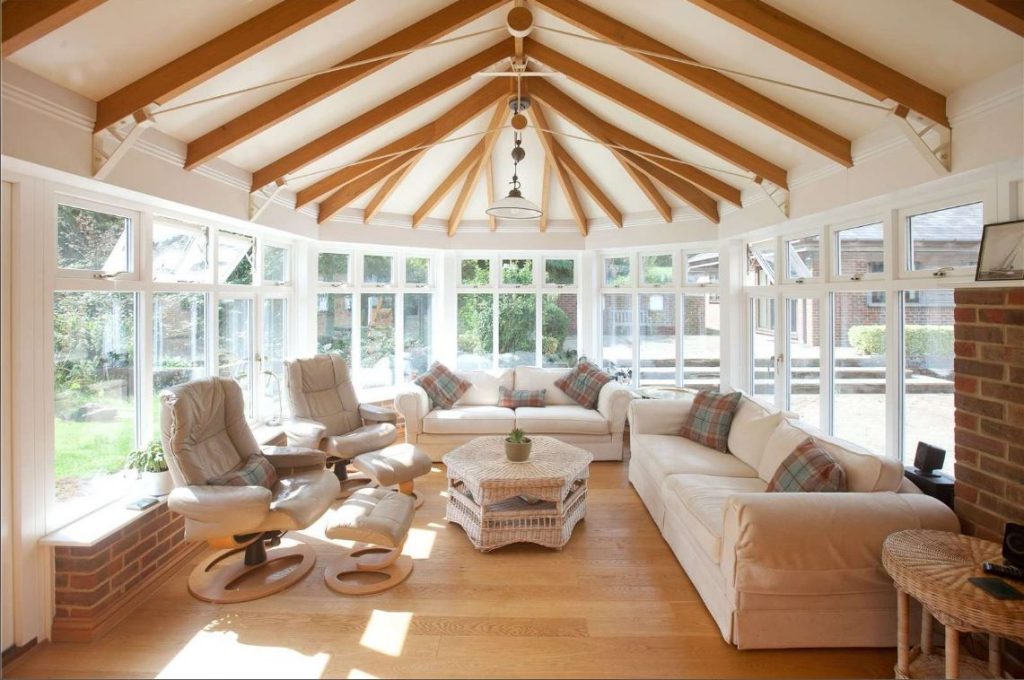 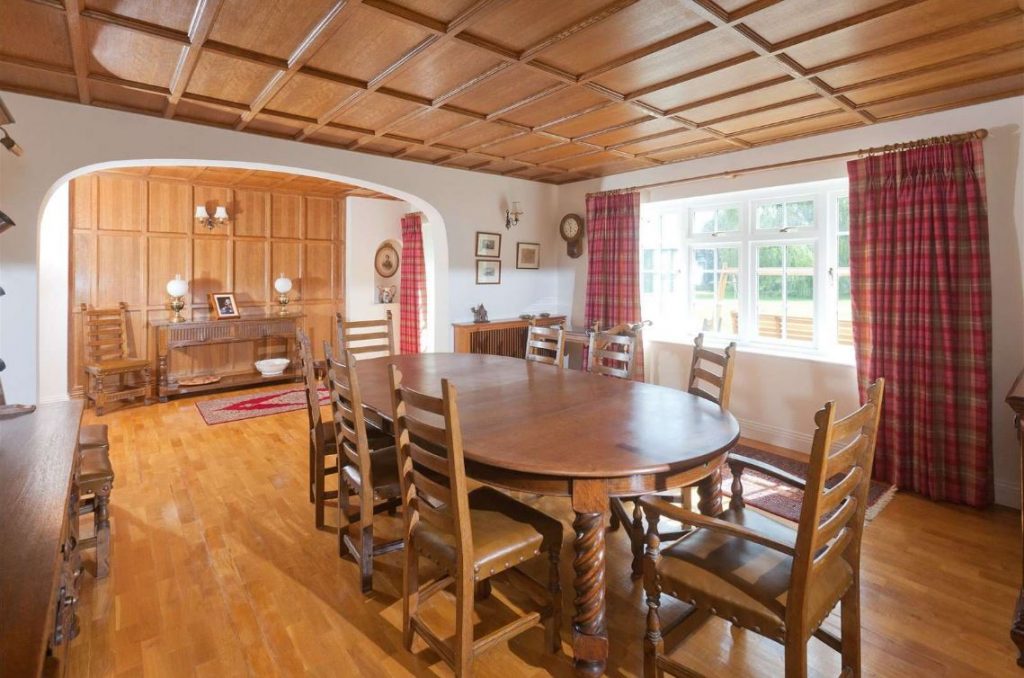 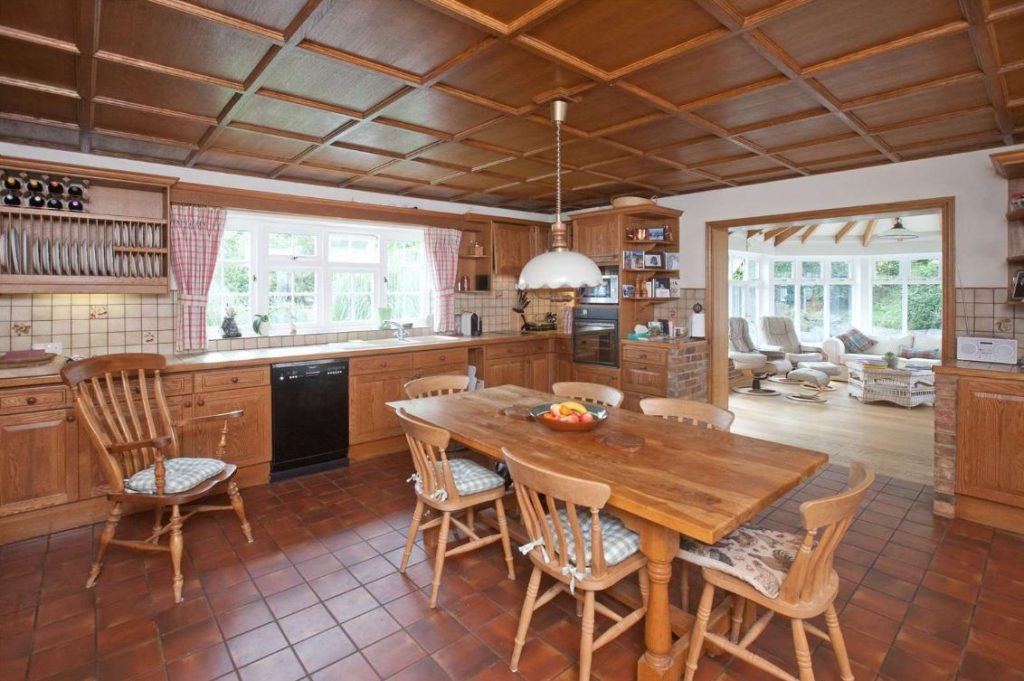 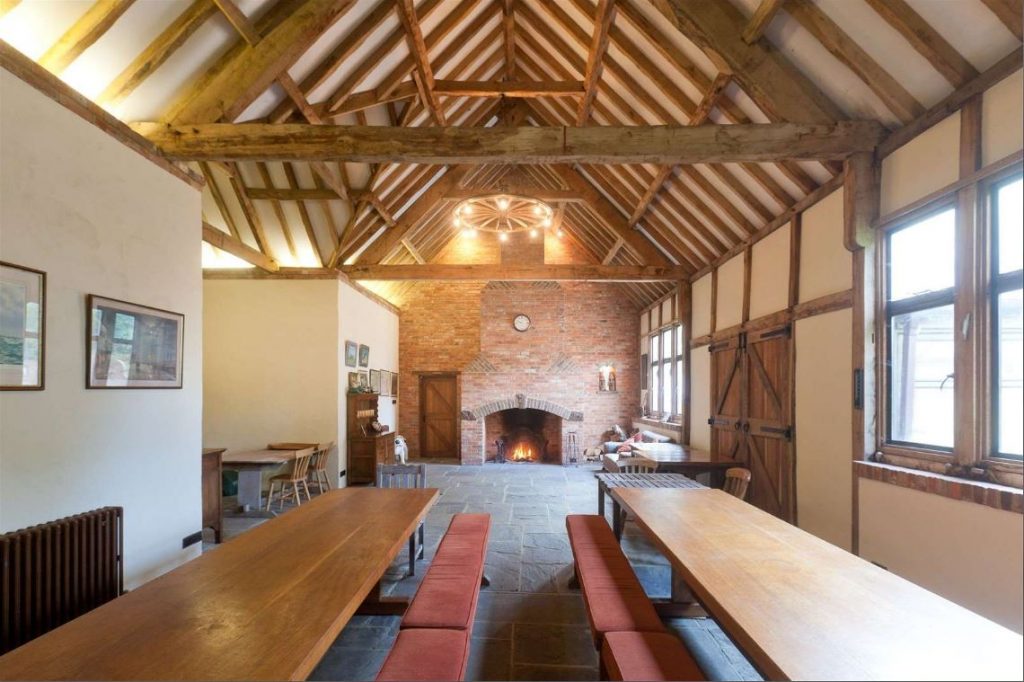 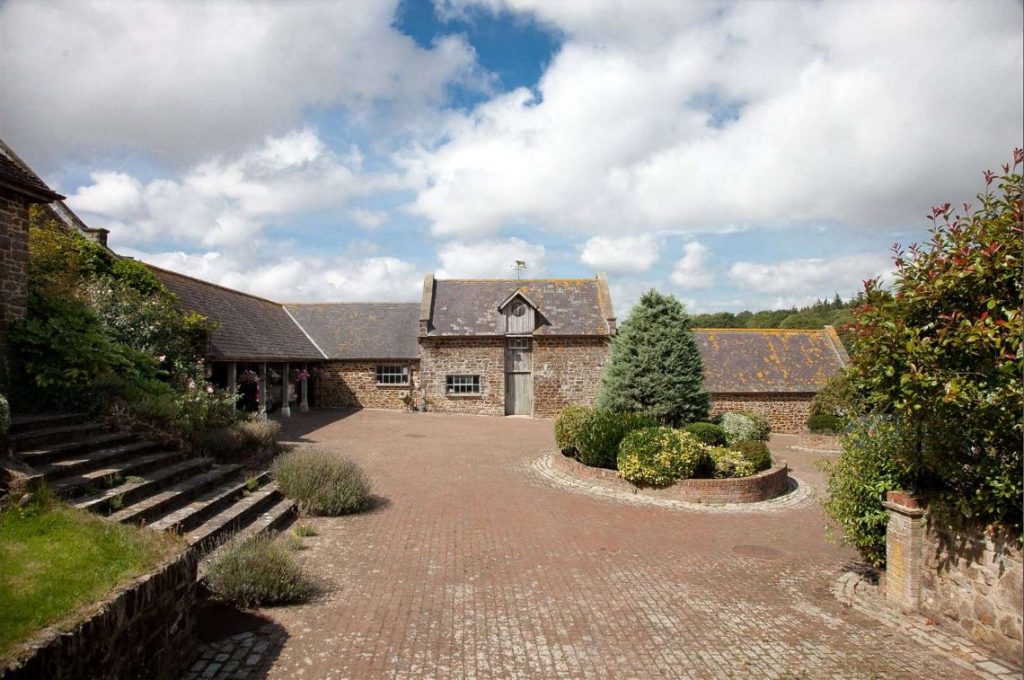 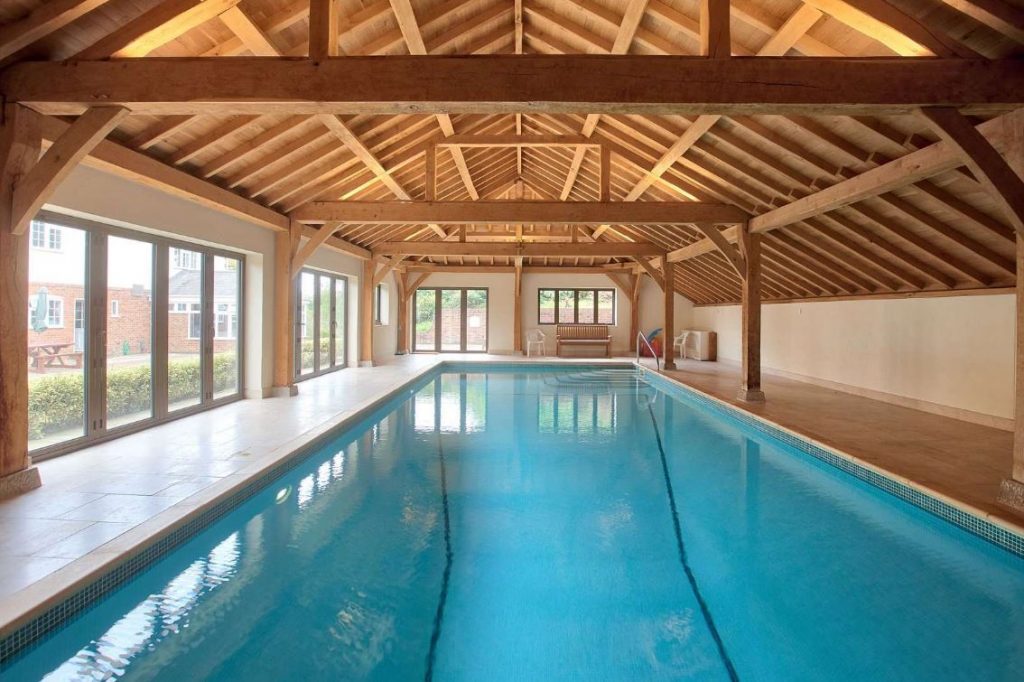 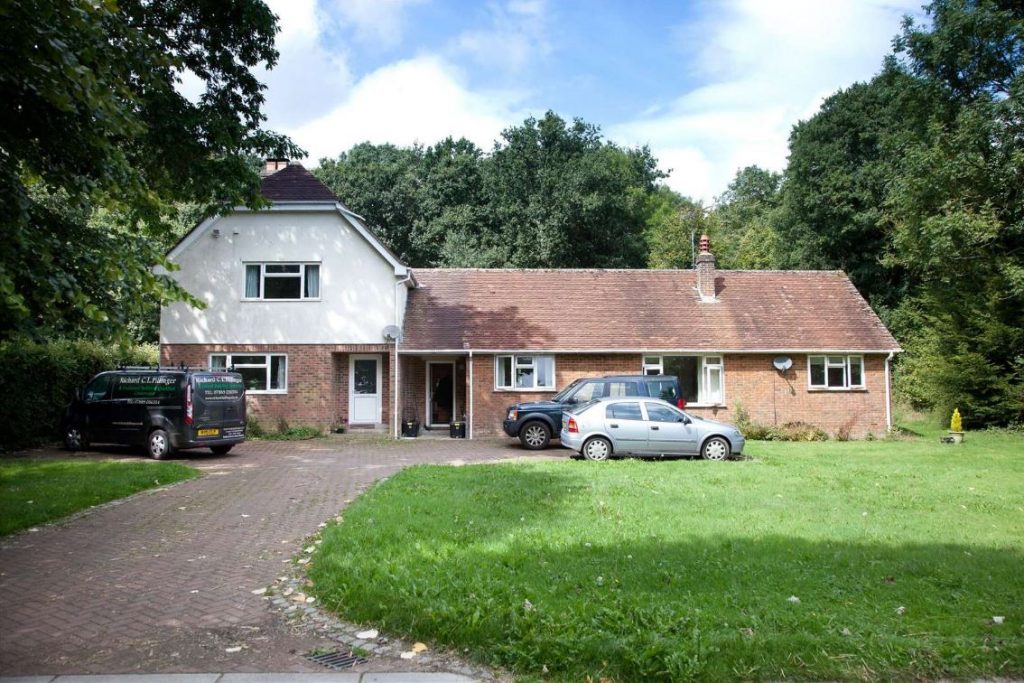 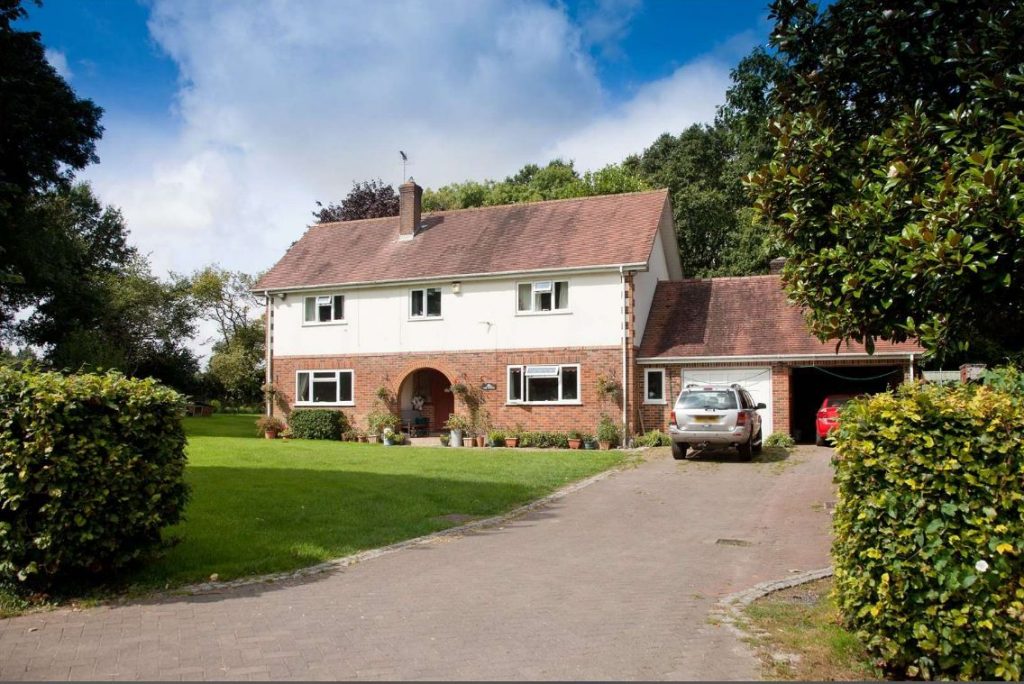 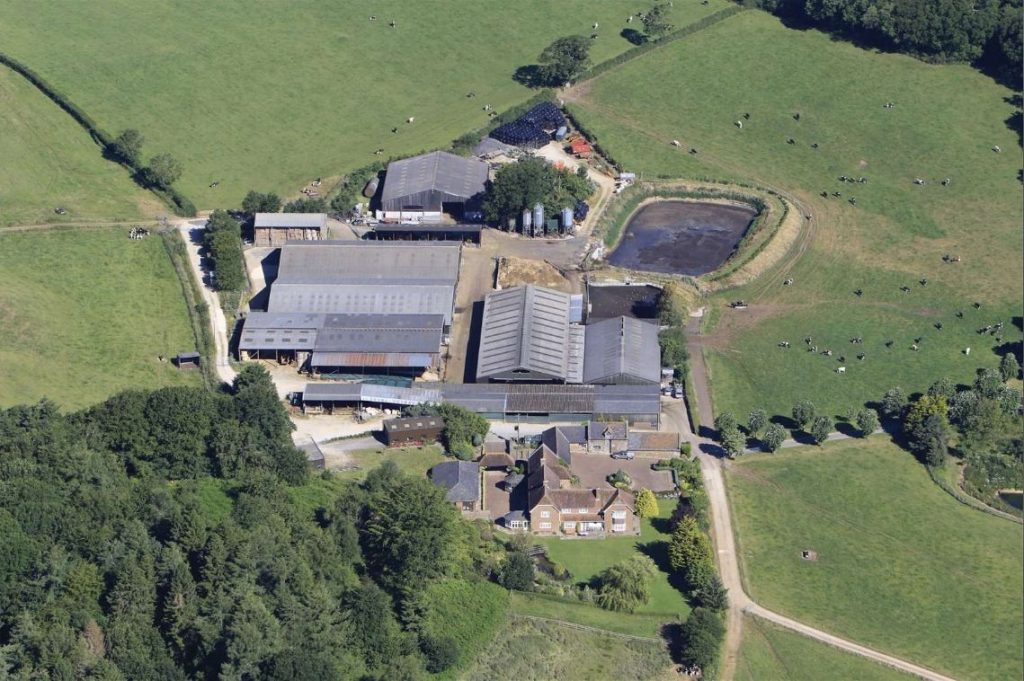 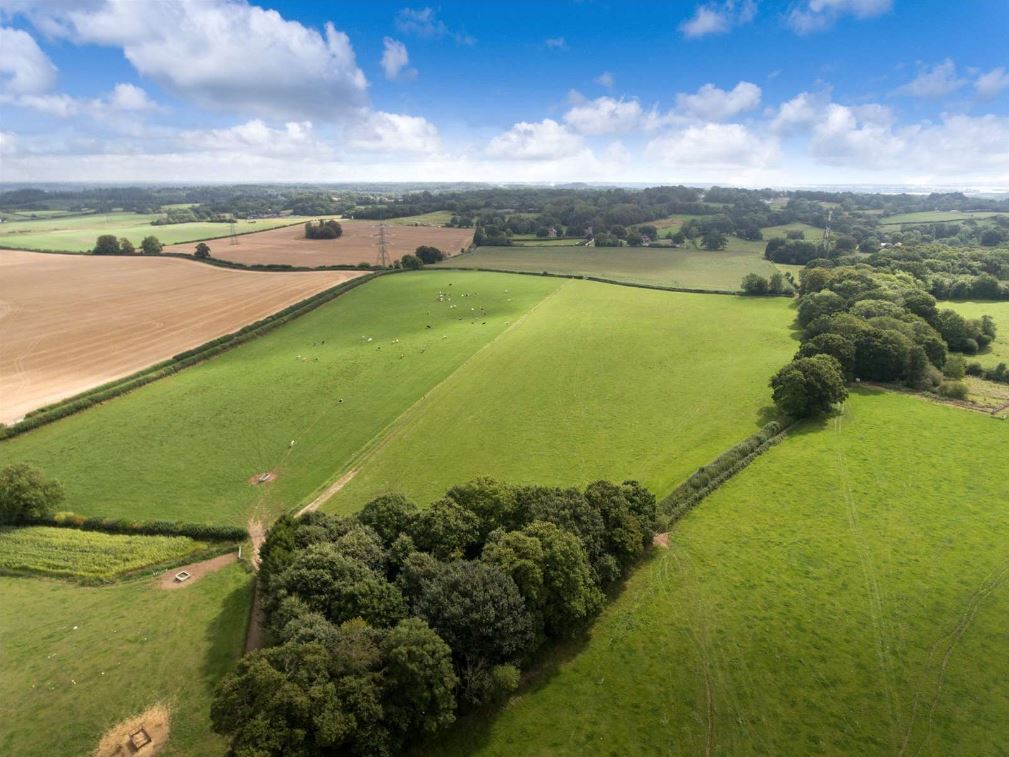 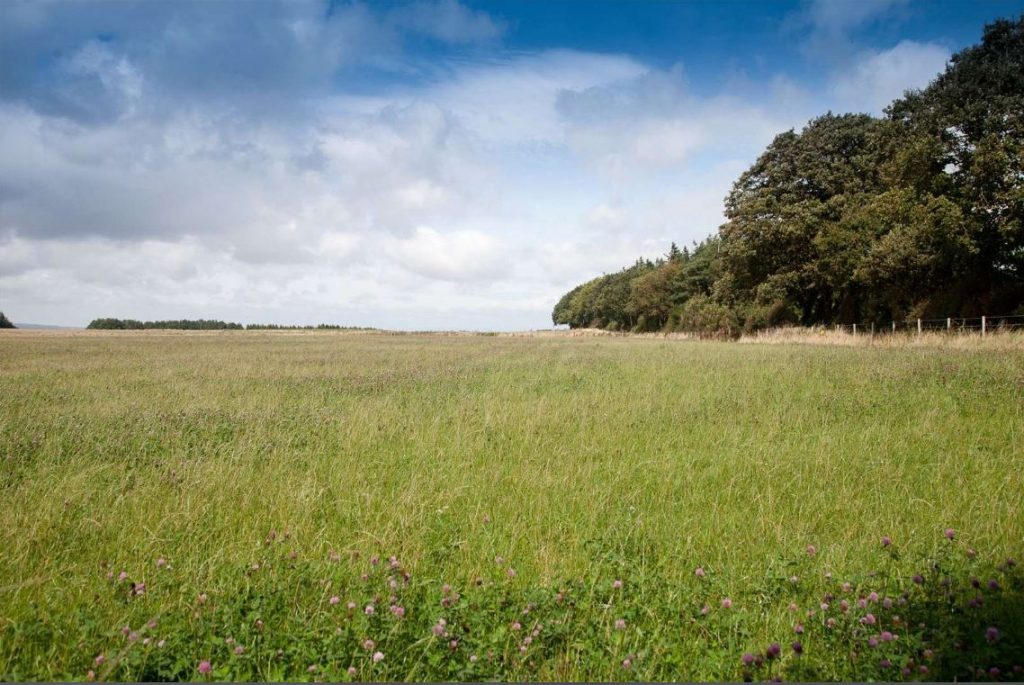 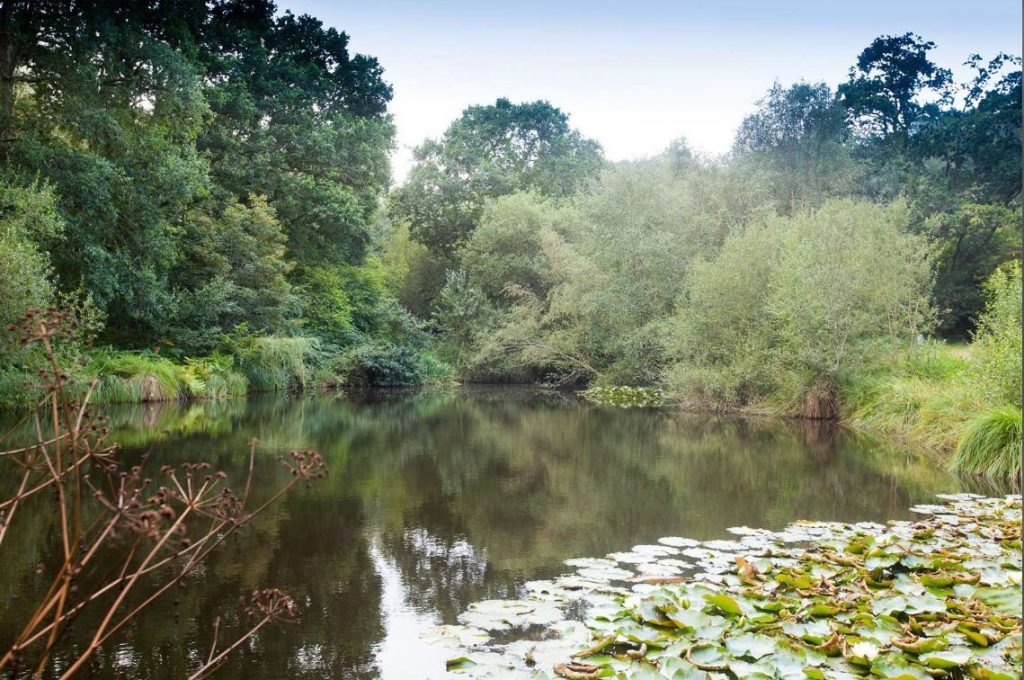 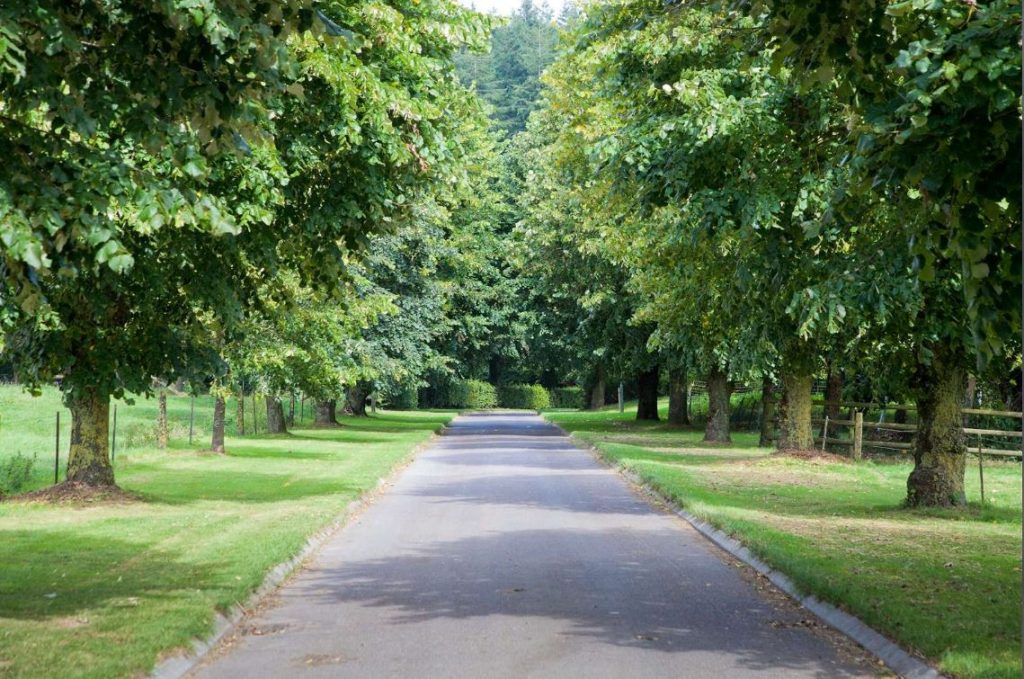 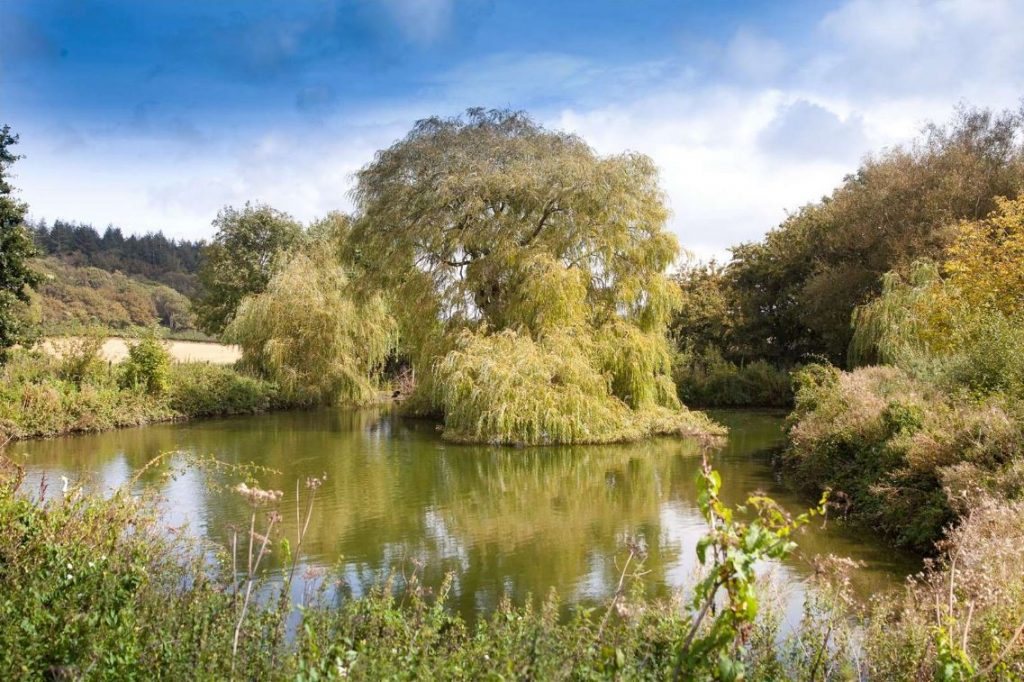 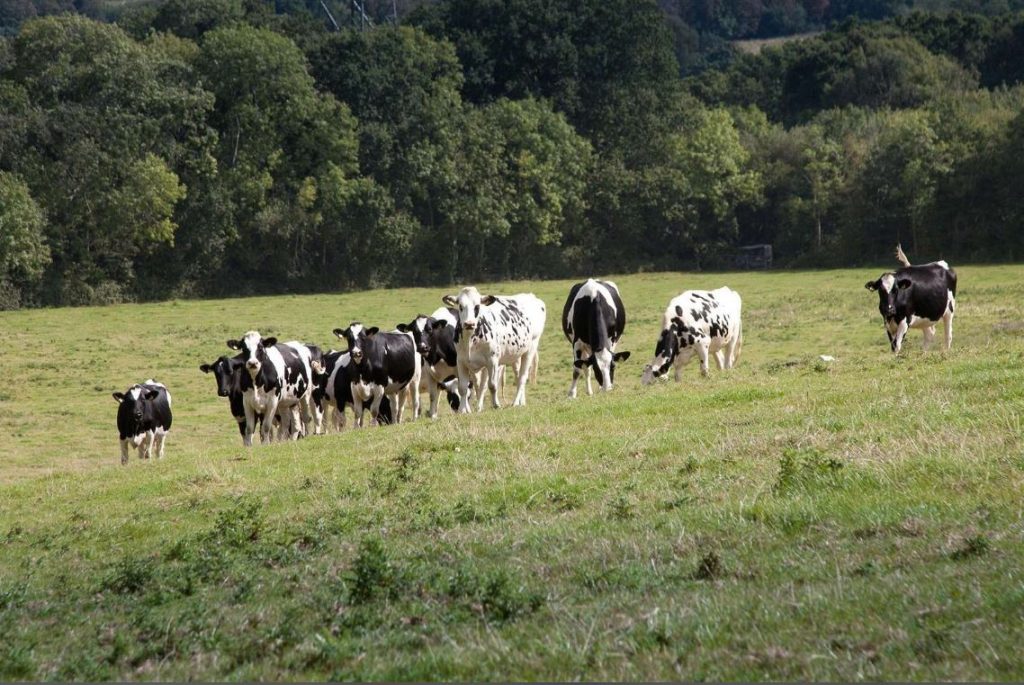 An exceptional ring-fenced farm with a range of farm buildings

About this property
West Park Farmhouse was built in 1987, it is constructed of brick walls under a clay tile roof and extends to over 6000 square ft. The ground floor is arranged around a central hallway and is made up of a kitchen with adjoining garden room and utility, dining room, triple aspect drawing room and a study. Under the sitting room is a fully lit, full height wine cellar. Attached on the south west elevation is an English oak framed former coach barn with red rick walls and Welsh Pennant stone flooring. The barn incorporates a maisonette floor, an open redbrick fire place and symmetrical traditional coach doors and is currently used as a shoot room.

The first floor comprises 5 large double bedrooms, all of which include built in wardrobe space. 2 of the bedrooms have en suite bathrooms and the master suite benefits from triple aspect windows which over look the garden and farm beyond.

Gardens and Grounds
West Park Farm is approached by a private, tree-lined driveway which leads to a large courtyard of traditional buildings, the farmhouse and a paved turning circle. The traditional buildings are constructed of original stone with slate roofing and have been converted to create a 5 bay car port, a work shop with a 1 bed flat and a 3 bay stable block which is currently used for rearing calves.

To the south west of the farmhouse is an unseasoned, green oak timber framed barn which has been constructed to cover a 54 ft x 29 ft indoor heated swimming pool. On the eastern elevation are large, bi-folding doors which are opened up in the warmer months. The swimming pool barn also includes a changing room, w/c, shower and separate boiler room which houses the filtration system.

There are two additional sheds within the curtilage of the of the farmhouse. One of which is a substantial, steel framed, insulated work shop which has been used as a boat shed over the years. The other is a steel framed shed which stores the bio-mass boiler.

Cottages
There are 3 additional residential properties on site which include two large cottages of which one is attached to a bungalow.

West Park bungalow is made up of a kitchen, study/dining room, large living room with a fireplace, 3 double bedrooms and a bathroom. The property is enclosed by a well manicured garden which borders the woodland beyond.

Attached to the bungalow is Dairy Cottage which comprises a kitchen with adjoining larder, sitting room, dining room and cloakroom on the ground floor. On the first floor there are 2 double bedrooms, a family bathroom and a master bedroom with an en suite.

Land
West Park Farm is an attractive farm capable of supporting both livestock and arable enterprises. The farmland is fertile and extends to approximately 350 acres, of which 50 acres is woodland while 300 acres is either capable of supporting cropping or is down to pasture. The land is gently undulating and consists of various soil types, the local area is predominantly made up of acid loamy clay soils over chalk, with a variance across the farm on drainage ability depending on the clay content of the soils. The field parcels are well fenced and benefit from a superb arterial track running through the farm, the fields closet to the buildings are predominantly used for arable cropping while the steeper grazing fields are further away from the buildings and amount to approximately 100 acres of grassland. The rotational land extending to the remaining 200 acres is made up of good sized parcels able to accommodate modern machinery.

Buildings
West Park Farm benefits from the use of an outstanding array of modern livestock and storage buildings to facilitate the running of a large dairy herd and replacement young stock. The modern parlour unit was added to in 2012 and consists of a 24/24 herringbone system. The parlour is contained within a larger shed also containing cow cubicles amounting to 166 cow places.

The buildings have all been constructed since the current owner purchased the freehold in 1986, they have been carefully assembled with modern machinery, efficient cow flow and waste handling in mind. The slurry system is integral to the unit, consisting of two stores/lagoons. One is a concrete lined store which feeds into a larger clay lined lagoon. The clay lined lagoon has an approximate capacity of 11,000 cubic meters.