Professor Chris Collins is Chair of Environmental Chemistry at the University of Reading. He is the Natural Environment Research Council Soils Coordinator overseeing a £10 million research investment to improve our understanding of how soils resist, recover and adapt to land use and climate change.

Collins chairs the Department for Environment, Food and Rural Affairs Hazardous Substances Advisory Committee providing expert advice to the UK Government on how to protect the environment from chemicals. He is also a member fo the UK Natural Capital Committee which supports the implementation of England’s 25yr Environment Plan.

His research focusers on determining the factors controlling exposure of biota to environmental pollution and recent research has focused on the role of soil organic carbon in modifying pollutant exposure and the parallels between pollutant and carbon cycling in soils using high level analytical techniques such as mass spectrometry and nuclear magnetic resonance. This work has been supported by a wide range of funders across industry, government and research bodies.

Dr Felicity Crotty has been researching soil biology and soil health for the last ten years. Recently, Dr Crotty joined the Royal Agricultural University as a lecturer in Soil Science and Ecology. She is part of the team teaching the new MSc in Sustainable Food and Agriculture Policy. Dr Crotty previously worked as the Soil Scientist at the Allerton Project (GWCT) working on the Sustainable Intensification Research Platform (SIP), SoilCare project (EU Horizon 2020), and Soil Biology & Soil Health Partnership (AHDB). She obtained her PhD at Rothamsted Research (North Wyke) investigating the passage of carbon and nitrogen through the soil food web.

Dr Crotty is a soil ecologist working with the aim of promoting soil health and sustainable agriculture, particularly interested in investigating how agricultural management effects soil quality, focusing on soil biology (earthworms, springtails, mites and nematodes), physics (compaction and water infiltration) and chemistry (N, P, K and other nutrients). Through combining expertise in all three areas of soil science she is trying to disentangle the real impact different management strategies have on soil and future crops. However, her main research passion is soil biology – understanding how the interactions between different organisms within the soil change dependent on agriculture. 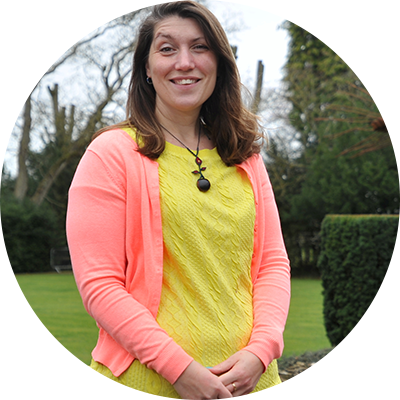 He served for eight years on NFU Council as the Essex delegate. Other NFU positions include four years as a member of the Governance Board and six years as Chair of the NFU Communications Group.

In the past Guy has served on the boards of FACE (Farming and Countryside Education), HGCA (Home Grown Cereals Authority) and Landskills New Entrants Committee. He is a founder of the Essex Schools Food and Farming Day.

Guy is a Fellow of the Royal Agricultural Society and recipient of an Honorary Doctorate for services to Agriculture from Essex University. 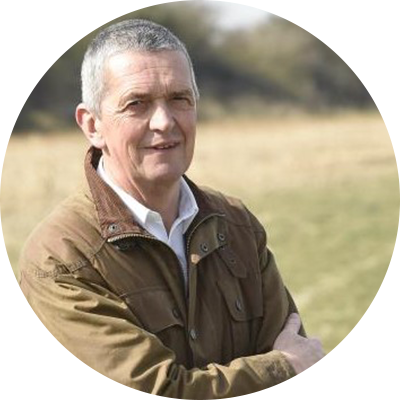 Steve is an independent crop advisor based out of Three Hills, Alberta. As owner of Beyone Agronomy, he provides strategic advice on crop production, timing, technology and equipment. Steve works with farmers around the world from Ukraine to Kenya, Australia to Canada.

Steve is a first generation grain farmer and runs a no-till controlled traffic and fencerow farming system. He’s run a 9M CTF system since 2010 and plants canola, wheat, barley, peas, lentils and faba beans in rotation. He is a 2007 Canadian Nuffield Scholar and international speaker.

Steve began controlled traffic farming in 2010 after completing his Canadian Nuffield Scholarship on CTF in 2009 and was the first to fully implement CTF in Western Canda. Steve was involved with the Controlled Traffic Farming Alberta (CTFA) project that involved the comparison of CTF beside conventional no-till systems. The project looked at soil structure, water infiltration, weed pressure, soil biology, yield and the economics between conventional no-till and CTF with no-till. Steve will discuss his journey through CTF and fencerow farming. 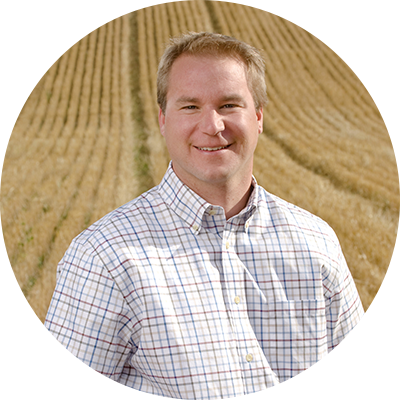 Tim Chamen trained as an agricultural engineer and spent 25 years at Silsoe’s Institute of Agricultural Engineering Research where he worked on tillage tool development and the effects of machinery compaction on soil and crop responses over a period of ten years. As part of the compaction experiment, he project managed development of an experimental 12m gantry tractor for field-scale trials.

Since leaving Silsoe in 1996 he has worked independently, undertaking contracts for machinery manufacturers in the UK and US, the EU, a UK producer-funded body, Natural England and others.

Always maintaining the thread of avoiding compaction damage to soils, in 2004 he initiated a 6-year field demonstration of controlled traffic farming (CTF) in the UK in partnership with John Deere, Unilever and Dale Drills. Since then Tim has worked independently to promote CTF in the UK and with partners across mainland Europe. This involved running farm-based workshops, training days and producing web-based information for a CTF member organisation. The CTF network is now supported by the NIAB.

In 2011, he recieved a doctorate from Cranfield University covering the impact of field traffic on soils and crops, and the profitability of CTF systems. 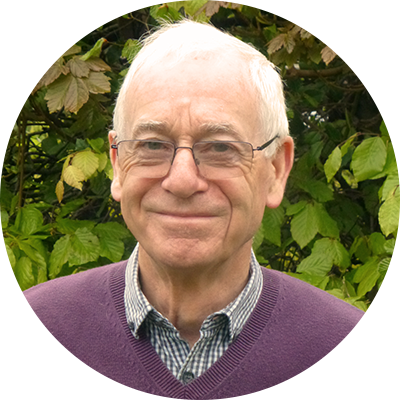 Stephen Briggs is the Soil and Water Manager at Innovation for Agriculture. Stephen has been providing farm business consultancy throughout the UK and internationally for over 20 years and has delivered soil, water and crop advice and training to many UK farmers.

He has previously worked for DFID, FAO, the World Bank & private companies in Africa, India and China. Stephen has an MSc in Soil Science and was a 2011 Nuffield Scholar. At home, Stephen farms 270 acres of land in Cambridgeshire & Rutland growing cereals, root crops, vegetable and fruit crops and is pioneering agroforestry, growing apple trees and field crops together. he has guest lectured at universities and held posts on UK Government Policy and Research & Development committees. He’s active in influencing agricultural policy at UK and EU levels.

His experience in soil and water management combines research, development, farmer engagement and training, consultancy, policy development work and practical farming. Stephen and his team are leading soil and water management innovation in the UK. He believes that there are huge opportunities to engage stakeholders and farmers and further advance their understanding of our most vital resources. 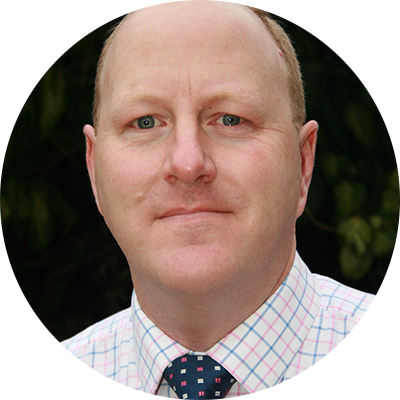 Jane Rickson is Professor of Soil Erosion and Conservation in the School of Water, Energy and Environment, Cranfield University. Jane has over 30 years’ experience of research, consultancy and teaching in soil and water engineering, specialising in soil degradation processes and sustainable land management. Her work has focused on better understanding of soil functions and their role in the delivery of ecosystems goods and services, including water regulation, agricultural production and carbon storage. She uses multi-disciplinary approaches to integrate fundamental and applied land resources science at a range of spatial and temporal scales.

Her work is directed at Research Councils, industry, farmers and policy makers. Recent projects include: Development of a Soil Management information System (AHDB); better understanding of the soil proction landscape (DEFRA); Review of the England and Wales soils evidence base (Welsh Government); Provision of research to develop the evidence base on soil erosion (Committee on Climate Change, Adaptation Sub Committee); and the total costs of soil degradation in England Wales (DEFRA).

Jane is a Fellow and current Presidnet of the Institution of Agricultural Engineers, a Chartered Environmentalist, Fellow of the Higher Education Academy and a member of the Institute of Professional Soil Scientists. 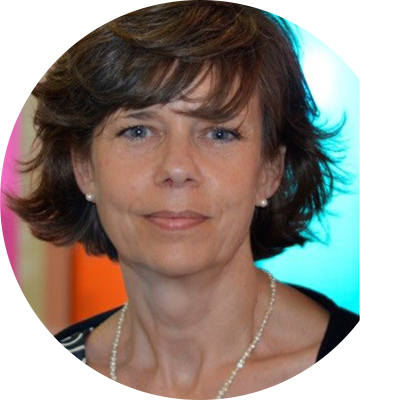 Harry is an interdisciplinary environmental scientist and knowledge exchange specialist, with expertise in soil micro-structure and function, biogeochemical interactions within the plant-microbe-soil interface, and soil health and the role of agricultural soils in delivering catchment flood resilience. His current research focuses on physical changes in the soil root zone in grain-legume intercropping systems, and digital education models for vertical farming systems.

His recent work in knowledge exchange and innovation has focused on designing a UK national environmental observing system to instrument the critical zone, collating and comparing UK-focused soil health outputs, and developing an urban and controlled environment agriculture innovation cluster for the N8 Agrifood Resilience Programme. 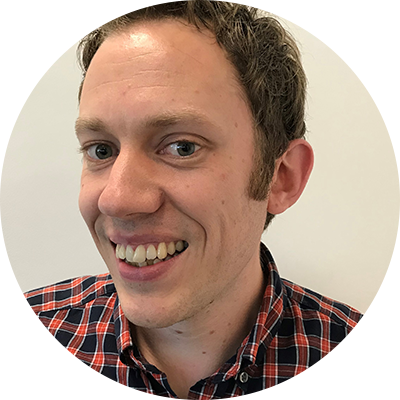 John is Head of the ADAS Soils and Nutrients Group. He is recognised as a national specialist on soil and nutrient management and the mitigation of agricultural diffuse pollution of the air and water environments. He is a Chartered Scientist and provides strategic policy advice to Defra, The Environment Agency, levy bodies and water companies.

John led the review that underpinned the revision of the organic materials section in AHDB’s Nutrient Management Guide (RB209), he is a co-author of the MANNER-NPK decision support tool and a technical adviser to the Biosolids Assurance Scheme.

Chris Martin grew up on a small family farm on Teesside. He graduated from Newcastle University with a degree in Agriculture with honours in agronomy in 1994. Following graduation, Chris travelled as a spray operator and tractor driver. It was whilst cultivating land in Western Australia that he first realised how vulnerable soil could be and how focussing on soil health had to be an integral part in driving long-term farm profitability. Since then soil health has been a passion of his.

Chris became an agronomist with Profarma on returning to the UK in 1996 and built up an area where he serviced up to 20,000ac of mainly combinable crops across the North Yorkshire-South Durham border. In 2011, he took on the role of Technical Manager for Agrovista for the northern half of the UK, and now heads up the organisation’s Soil and Precision Department. His role here involves developing ‘Agrovista Soil Health’, a programme designed to provide simple practical solutions to farmers in addition to hosting regular trials, presentations and training around all aspects of soil health. Chris is also a certified trainer for the new BASIS advanced quality of soils qualification.

Helen Wilson is Head of Forage Crops at RAGT Seeds and is responsible for soil health plant, grass and maize sales across northern Europe. Over the last six years Helen has been working with industry partners to ensure farmers are getting clear, accurate information and advice on how to best improve their soil.

Helen has been involved in a number of research projects and PhD studies looking at many different aspects of soil health, understanding that farmers require robust field-based data in order to help them make the right decisions.

RAGT’s soil health breeding programmes focuses on producing high quality, nematode resistant brassicas as well as providing research into the soil benefits of many other species including phacelia, buckwheat, vetch and clovers. 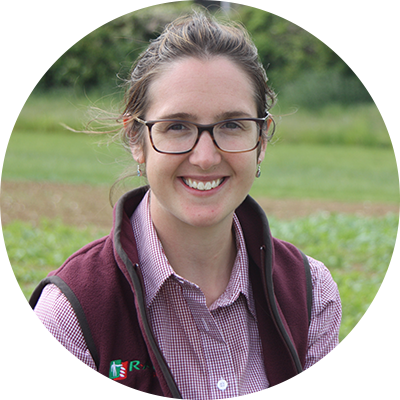 After achieving a degree in biology at Sheffield Hallam University in 2010, Natalie worked as a research and development agronomist in the trials contractor industry, conducting trials specifically on herbicides and fungicides for registration of new products and reregistration of existing plant protection products. She spent four years at the company and worked on efficacy, residue and operator exposure trials which took her work as far as Thailand.

In 2014, Natalie joined Yara UK as the Technical Agronomist, conducting R&D by organising and overseeing Yara’s in-field trials and analysing the data. In 2016 she became the Country Arable Agronomist for Yara UK and Ireland, where she started to direct the agronomic agenda, R&D and interact closely with the marketing team. In 2017 Natalie started a part-time PhD at the University of Nottingham combining Yara research with a current collaborative project. 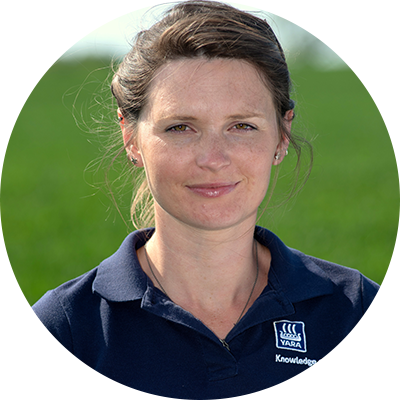 Liz is Associate Director Farming and Land Use and is responsible for leading and managing our work with farmers, with agricultural technical, marketing, supply chain and networking queries. Liz has a wealth of experience of agriculture and food both in the UK and internationally. She has worked in the sector for over 20 years and brings a practical approach combined with scientific and sector knowledge to her role.

In her spare time Liz manages one of the largest pedigree flocks in the UK and combines this with being a Council member of the Breed Society. 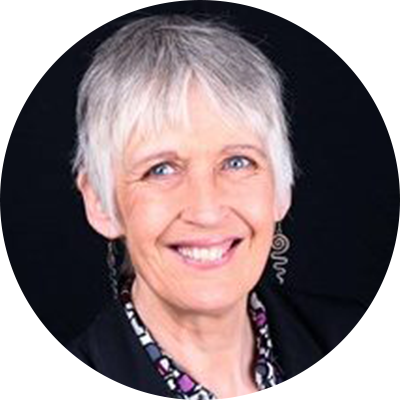