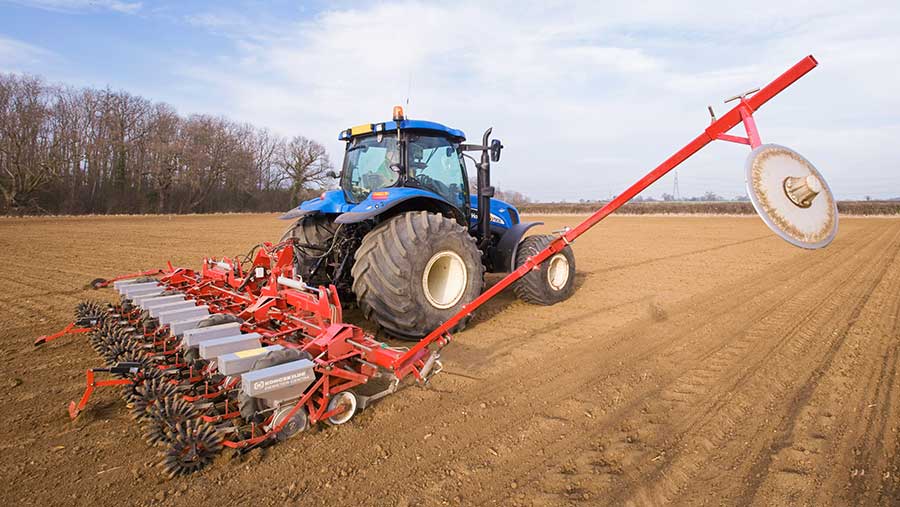 Five newly recommended sugar beet varieties offer growers up to 7.6% extra yield, as well as a step up in yield for a specialist variety for fields infested with rhizomania.

In addition, some of the newcomers have very low bolting, which is an important requirement for many UK sugar beet growers, says Mike May, chairman of the Recommended List Board.

The highest-yielding newcomer, BTS 1140, is the second-highest on the list for adjusted yield at 107.6%, close behind top yielder Daphna at 107.9%.

Philina is for use specifically where the aggressive AYPR strain of rhizomania has been identified in a field. The disease is caused by beet necrotic yellow vein virus, which is spread by a soil-borne fungus.

The variety offers growers a superior yield of 104.9% compared with Sandra, the variety it replaced, yielding 98.3t/ha (adjusted) last year.

“Before ordering beet cyst nematode or AYPR tolerant varieties, growers should discuss options with the BBRO and breeders who will have more information on their performance in the presence of the problem,” Mr May advises.

He also highlights that the bolting figures should be used as a guide.

“The numbers of early-sown bolters are from trials sown in late February and the first five days of March. Growers should use these latter figures for guidance if sowing early, or if very cold conditions are expected,” he says.

Bred by KWS, Kortessa is one of the top three yielding varieties with good bolting characteristic; no bolters were recorded from normal sowings in the three years of Recommended List trials. It does have slightly lower establishment than some of the other varieties on the list.

Jura is a beet cyst nematode tolerant variety and produced consistent yields in the three years of Recommended List testing. Early indications are that it might have good tolerance of rust.

Another beet cyst nematode tolerant variety, Gaugin offers an option for early sowing as it has low early-sown bolters.

This variety is for use where the AYPR rhizomania virus is present. It provides a much higher yield potential for growers with the problem when compared with the variety it replaces.

However, it does have high bolting and should not be sown before 15 March.