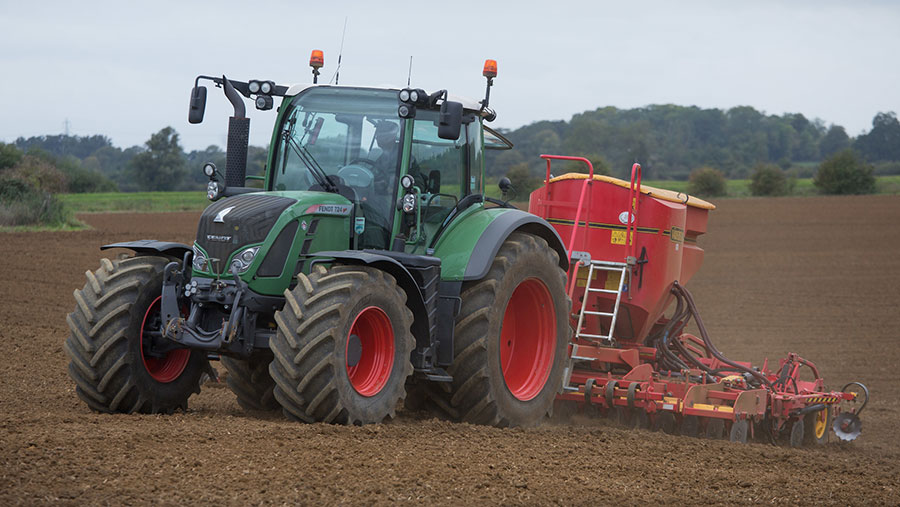 The middle of October is a time of rising anticipation across many arable areas as growers bite their fingernails and ponder how late they dare leave the wheat drilling.

With moist conditions this autumn causing significant amounts of blackgrass to germinate, many in the worst affected areas have pushed back drilling even further than in recent years to allow more time to control it.

Wet conditions have also hampered efforts to get a fine, well-consolidated seed-bed to provide the optimum conditions for expensive pre-emergence applications, which are critical to protecting fledgling cereal crops.

However, as each day passes and the daylight shortens it becomes more and more difficult to leave the drill in the shed as anxiety rises about getting drilled up before the weather closes in and fields become impossible to travel on.

The weekend’s fine weather saw many farmers across the country out and about and we bring you a selection of the best that Twitter has to offer of them kick-starting what we hope is a bumper 2018 harvest.

Drilling 2017 penultimate field!! The end is in sight!! Bring on the winter! #crusoe pic.twitter.com/8uqYOOfJFn

Into the penultimate block of wheat drilling. pic.twitter.com/Rnh32TdbER

Bean drilling on the hills of Nazeing Common. pic.twitter.com/lspw1tZK5c

Clouds parting for wheat drilling. I am hoping this is a sign from a god and not a sign of an impending drought! pic.twitter.com/SBUbU0BGs5