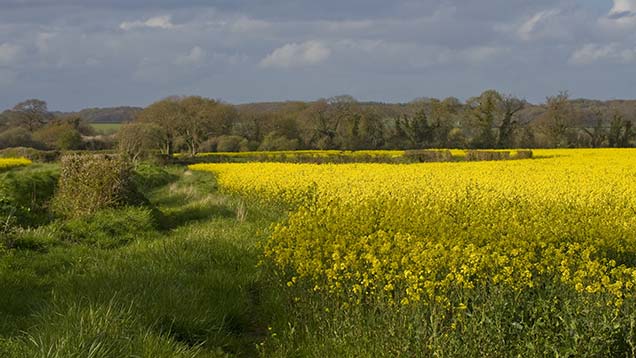 Only 800 farmers in England have permission to cut their hedges during August, according to latest figures from the Rural Payments Agency (RPA).

Farmers were warned last month that they face heavy fines if they trim any hedges in August without getting prior approval.

Growers can apply for a derogation from the ban on hedgecutting, which runs from 1 March to 31 August, but only if the hedges are in fields where they are sowing oilseed rape or temporary grass in August.

An RPA spokesman said by 28 July the agency had received 895 derogation requests of which 802 had been granted, 22 rejected and 71 returned for further information.

The agency claims requests for approval can be turned around within 15 working days.

But a Nottinghamshire farmer, who asked to remain anonymous, said he had applied for a derogation by recorded delivery on 29 June and was still waiting to hear if he had been granted permission.

The grower said he had actually decided he wasn’t going to use the option anyway, because the rules state that if any hedges are cut, the farmer is then committed to drilling the crop in August, regardless of the weather.

Farmers who do not sow during August will be in breach of the rules and will incur a penalty.

“On my heavier land there is a chance I might not get drilled up,” he said. “I’m not prepared to risk 5% of my payments with [commodity] prices where they are. The whole thing is a mess. We need to go back to allowing hedgecutting to start on 1 August.”

Guy Gagen, NFU chief arable adviser, said the number of farmers who had applied for a derogation did seem low, given the numbers who would be drilling OSR.

But he felt this was a decision farmers had taken, rather than producers ignoring the rules.

“Instead of hedges being cut over a longer period, it looks as if farmers are choosing to wait until after 1 September,” he said.

Mr Gagen said the NFU would continue to lobby for the rules to be relaxed to enable hedges to be trimmed from 1 August.