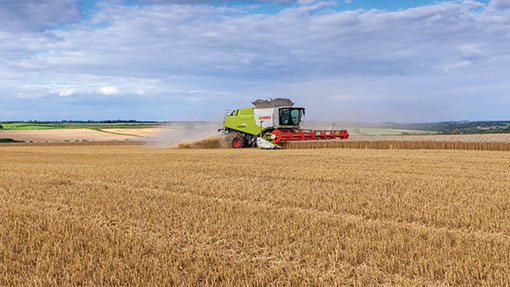 Being a least-cost producer of flour is the business focus for Whitworth Bros, one of the UK’s largest millers, as Louise Impey found out at a HGCA-organised ‘Meet the Processor’ event

With four production sites, nine flour mills, a modern transport fleet and a long-term investment strategy, Whitworths is well placed to meet the demands of its customers – most of which are familiar names in the food, retail and catering industries.

That means working closely with these customers to put food safety and brand protection at the heart of everything the company does, explains managing director Roger Butler, who adds that consistency of supply is a key customer requirement.

“The big food manufacturers, retailers and fast food chains have very particular needs and we have to be able to meet those all year round, as well as produce flour at the right price for them,” he says.

Brand security is essential for many of these customers, so robust systems and hygiene measures are foremost, with constant scrutiny to detail, he adds.

For these reasons, there has been significant investment in both the mills and the distribution fleet, so that efficiencies can be passed on without compromising food safety standards and a sustainable business developed for the next generation.

“We have been producing flour from our Wellingborough site since 1886 and intend to continue doing so, through a process of continual improvement and investment,” notes Mr Butler.

The company’s other sites include Peterborough, Wisbech and Worksop – meaning that all of the mills are located in wheat producing areas.

“Being a least-cost producer means we need to be based where the grain is grown. Generally, the mills have a 60-mile radius catchment area, although that may be extended towards the end of the season,” he says.

More than one million tonnes of cereals are milled every year, with between 30 and 35 flour types being produced. Maize and rice flour mills can be found at the Worksop site, as well as a wheat mill, while four heat treatment plants allow the company to reduce enzyme and microbial activity in the flours.

The flour produced doesn’t just go into bread. Coatings for the fast food industry, ingredients for cake, pizza, baby food and biscuit manufacturers, as well as other bakery products, are the end result. With such a broad portfolio, Whitworths uses more soft wheat than other millers and is around 85% reliant on UK wheat supplies.

A tie-up with one of the big retailers means there’s a Sainsbury’s training academy on the Wellingborough site.

“We supply all the flour for their in-store bakeries, through a deal with Camgrain involving British wheat, so they have a facility here for the development of their staff,” Mr Butler says.

A strong supply chain is an integral part of the business, stresses Mr Butler.

“We use British wheat from local farms, supplied by co-operatives and farmer groups, rather than going direct to farms. Our constant, year-round need for grain makes it difficult to deal with individuals,” he adds.

The company buys grain to a specification, rather than by stipulating varieties. “We don’t buy forward – all of our trade is done on back-to-back deals. So when we sell the flour, we buy some grain,” he explains.

Mr Butler is not concerned about the recent on-farm shift to feed wheats. “I’m a firm believer that the market will sort itself out. If the premiums for milling wheat go up, more farmers will grow it,” he says.

However, he admits that soft wheat supply could become very tight. “There’s been a big reduction in the area of Group 3s being grown, so we may have to pay more for them in the short-term,” Mr Butler adds.

The speed that varieties come and go is a challenge for flour millers. “We prefer to see them hang around for a while, because our customers know what they’re getting,” he adds.

He believes that farmers should grow for a particular market or purpose.

“Stick to what you’re good at. We wouldn’t try to mill flour that we don’t have the capability of producing, so the same should apply to growers,” Mr Butler says.