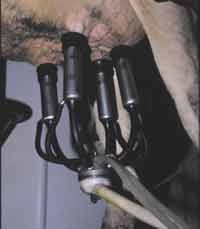 Intensive agriculture backed by science is the key to feeding a burgeoning world population.

That is the view of Professor Quintin McKellar, dean of the Royal Veterinary College.

Speaking at the Royal Society for Arts president’s lecture, chaired by the Duke of Edinburgh, Prof McKellar said: “There will be 9.3bn people by 2050. We have to double output of meat and milk with the same environmental footprint.”

In his lecture titled “How can milk cost less than water?” Professor McKellar said he believed the “only way to do it is through intensification… by utilising science.”

Milk production was a good example, he said.

Professor McKellar added that genetic modification was a crucial tool in the scientific armoury.

“People must understand the fantastic opportunity there is in GM. The potential to produce plants which are drought-resistant or salt-tolerant is legion.”

And he explained, there is a need to sell the nutritional and environmental merits of farm products, such as milk, more effectively.

“The advertising spend on liquid milk in 2006-07 was 7.9m. On carbonated water it was £41m. It takes a quarter of a bottle of oil to package and distribute a bottle of water.”