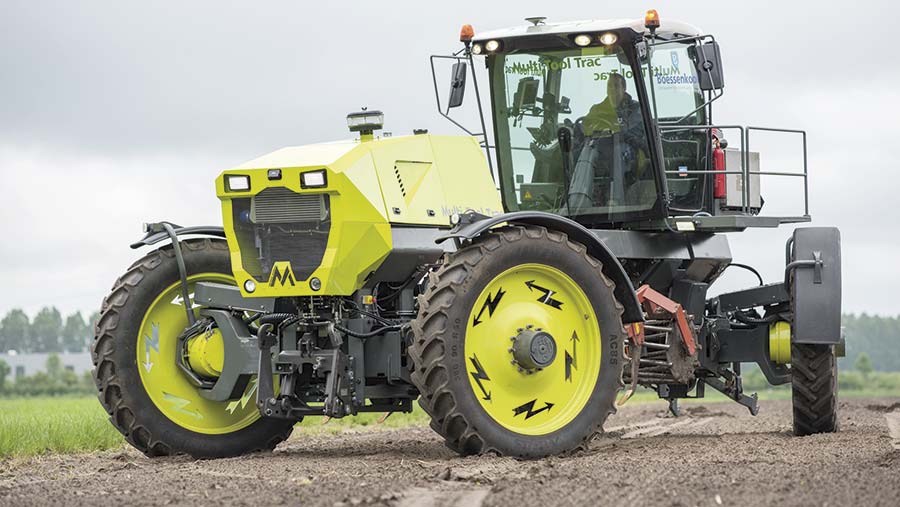 Car manufacturers are making great strides in electric drive technology and the death of diesel and petrol engines will be seen as early as 2019 for one major manufacturer.

Volvo will no longer sell petrol or diesel vehicles and pressure is mounting on other brands as governments around the world have set target dates for phasing out combustion engines.

Both the UK and French governments have set a target date of 2040 for phasing out fossil fuel engines, while Scotland is aiming for eight years earlier.

This revolution is happening in farming too, and for some types of farm vehicles, like loaders and mixer-feeder wagons, electric drive is already here.

Soon there will be tractors, with three companies planning to sell electric models in the next two years.

Fendt, Farmtrac and Multi Tool Trac unveiled their first electric models at last month’s Agritechnica machinery show in Germany and, not to be outdone, John Deere revealed its latest concept model – the Sesam electric tractor – earlier in the year at the Sima Show, near Paris. 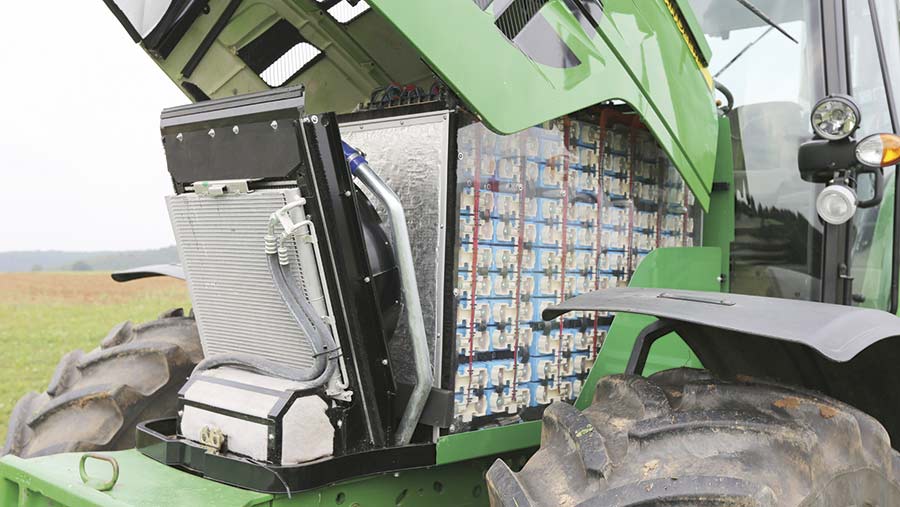 So why are tractor manufacturers looking to drop diesel grunt in favour of virtually silent electric drive and where do hybrid systems fit in?

First is increased efficiency. A diesel engine achieves about 35% efficiency in converting thermal to mechanical energy. Compare that with the overall efficiency of charging/discharging batteries at 80%, while electric motors have an efficiency of 90%.

“This [accuracy] is not possible with either hydrostatic or mechanical drive. Therefore, electric power is an enabler of greater precision control of agricultural machines,” he says.

In fact, Prof Pickel sees it as a complete system where the battery is removable and is part of the farm’s electricity grid, providing backup power when not being used on a tractor. This would bring battery utilisation up to 96%.

So with these benefits, German manufacturer Fendt and India-based firm Escorts have just launched electric models. However, both are at the lower end of the horsepower range, with Fendt’s e100 Vario being the more powerful, offering 67hp.

Fendt sees it as a practical, battery-powered tractor, more suited to livestock farmers, running for 1-2 hours at a time.

“The battery can provide 4-5 hours of power when fully charged, and then during lunch, it can be supercharged before working for another spell in the afternoon.”

Charging normally takes five hours, but there is a supercharge option that tops up 80% in 40 minutes.

Next year, Fendt plans to sell a limited number of up to 20 units and learn from the experiences of these farmers.

Vitezslav Chapavy, sales area manager in central Europe, reports that they are already getting interest. He sees them initially having a role in special circumstances such as inner city locations where there are strict emission controls, enclosed spaces like glasshouses and where noise is an issue.

While it offers electrical power for implements, it will also have a standard pto to enable use of existing implements.

For more power, John Deere’s concept Sesam tractor has two motors: one powers the wheels through a regular 24-speed power shift transmission and the second drives lubrication, hydraulics and pto.

Continuous power to the wheels is 174hp, although when the motors are coupled together, the total output can peak at 500hp for very short periods.

However, there are two key constraints with all-electric tractors, the first being cost. Mr Chapavy says that currently, the batteries effectively double the price, costing about the same as a normal tractor. That’s why it will appeal more to those with high-value crops like vineyards, where emissions are undesirable.

While battery costs will come down as they are mass-produced for the car industry, the second limitation is power and duration.

Fendt’s Wolfgang Breu, who developed the technology, has calculated that for a 500hp tractor, it would need a battery weighing 60t using current technology.

That’s why he doesn’t see it in big tractors for some time.

Hagen Adam, managing director at Austrian engineering firm AVL, says there is a greater probability that will see electrification in smaller tractors.

“To achieve 200kw (268hp) power and beyond, I don’t see it being fully electric. For tractors in this power range, it will be a hybrid system.”

Hybrids consist of an engine powering a generator to drive electric motors on the wheels, or via a central transmission system, as well as providing high voltage power for implements.

German engine-maker Deutz is developing hybrid drive systems for agricultural vehicles as part of its E-Deutz strategy. It recently acquired Torqeedo, a company that specialises in electric power systems in boats.

He says the first product is expected in about two years, which will be aimed initially at loaders used in the construction industry.

Italian telehandler maker Merlo has also developed a hybrid drive concept, which it unveiled in 2013. It enabled the company to reduce the engine size to 76hp engine rather than the traditional 121hp engine used in that model.

The company claims this system can reduce diesel consumption by as much as 30%.

While the Merlo has not been commercialised, the Multi Tool Trac is to go on sale next year.

The tractor is the result of seven Dutch farmers deciding that they wanted an entirely new tractor, custom-made to match their needs. It consists of a diesel engine, generator and battery and is both driven and steered electrically.

Each wheel has a motor and is highly manoeuvrable, being able to steer with two or four wheels, and even has crab steer.

The battery offers a power boost enabling the use of a smaller engine. A 210hp diesel engine provides power, with the hybrid system generating 240hp at the wheels.

Director Paulus van Ham believes future improvements in battery technology could see the engine come down to 160hp, while delivering the same power at the wheels.

Opting for a biogas engine will further improve green credentials, especially if the energy is generated on farm, he says.

However, for heavy loads, Prof Pickel believes tractors will need a central transmission system to get power over the needed speed range. “Sprayer and harvesters can have individual wheel drive.”

In conclusion, it is clear that full electric drive offers farmers many benefits and this will lead to the technology appearing in some smaller tractors.

For larger arable tractors, it is likely to be in the form of a hybrid system, thereby giving combustion engines a reprieve. However, engines will be smaller and one example is the Merlo concept telehandler, which required 40% less horsepower.

New Holland has taken a different approach to reducing emissions with its methane tractor, which has mechanical drive.

First unveiled at the US Farm Progress show, this second-generation prototype model costs 30% less to run than a diesel equivalent and offers an 80% overall reduction in emissions.

Its environmental credentials are further improved when fuelled by biomethane produced from crop residues and waste from energy crops. According to New Holland, this results in virtually zero carbon dioxide emissions.

The prototype is based on a New Holland T6 and produces up to 180hp, matching its diesel-fuelled equivalent. 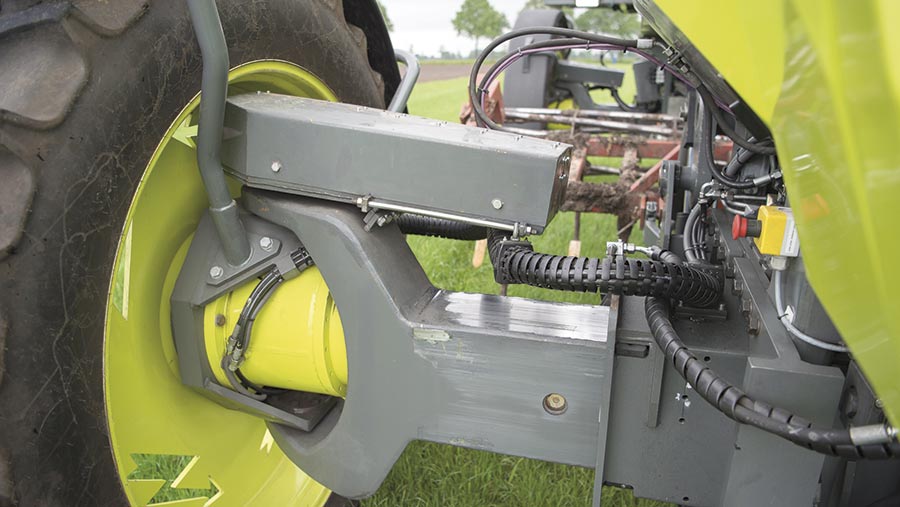 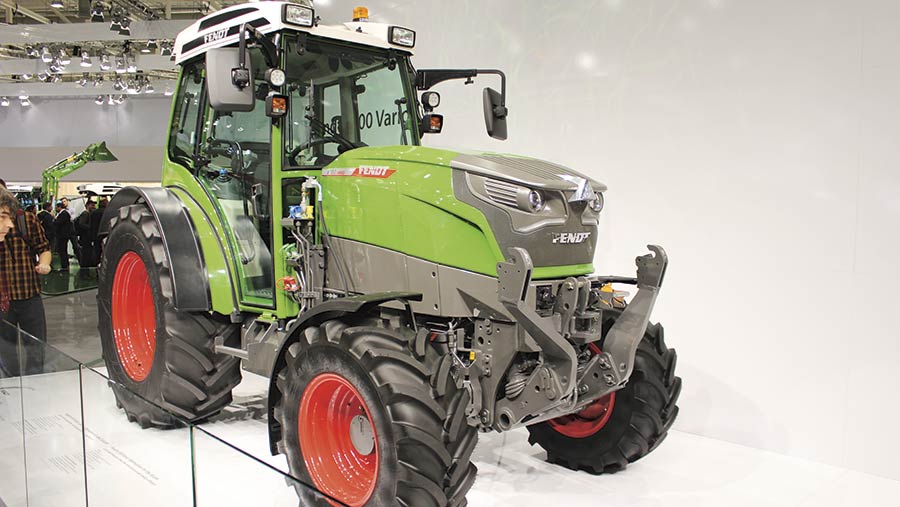 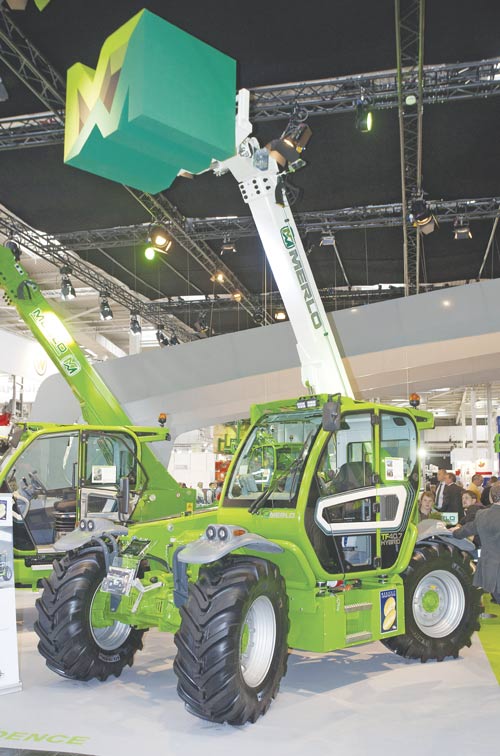 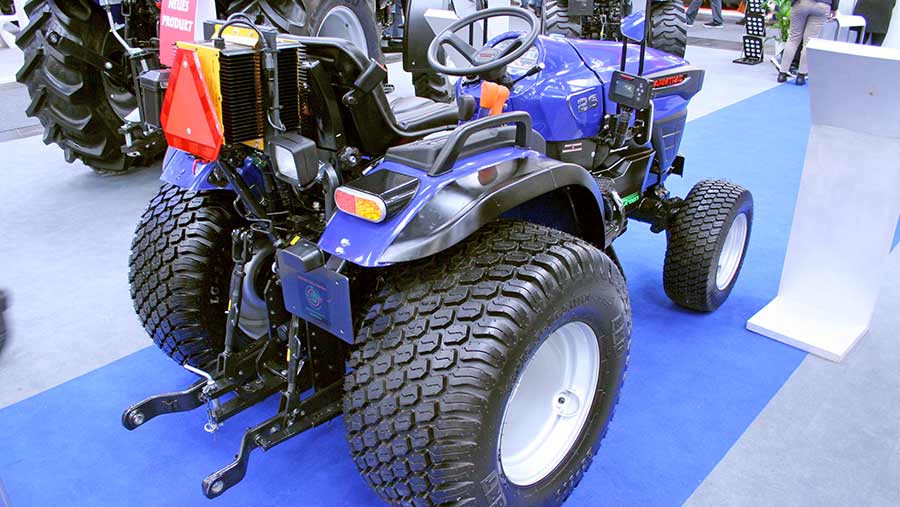 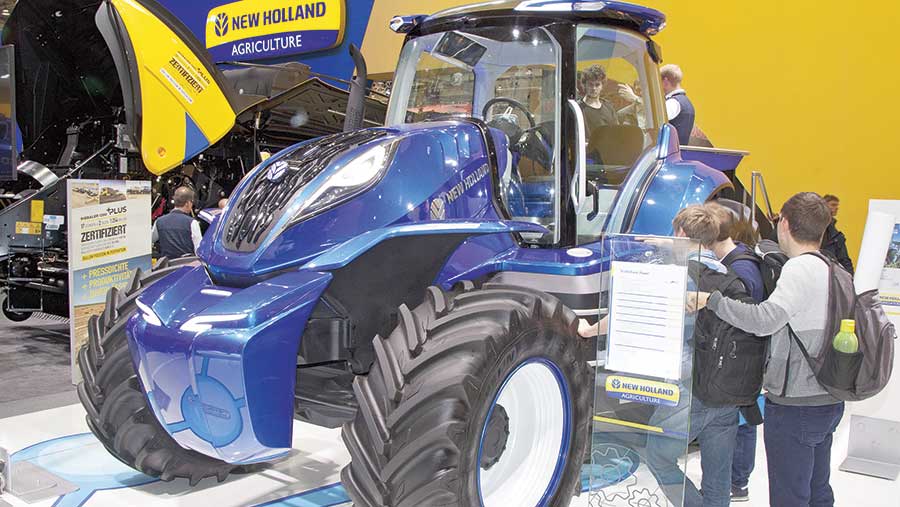 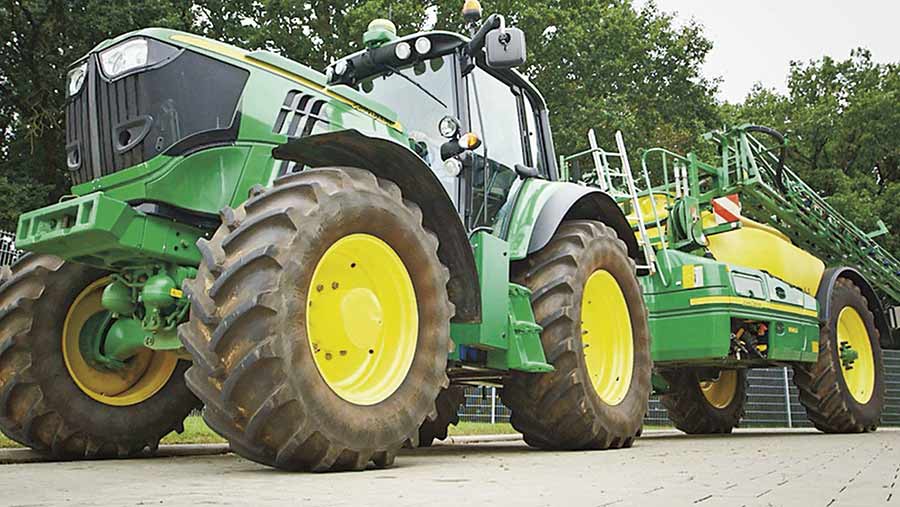