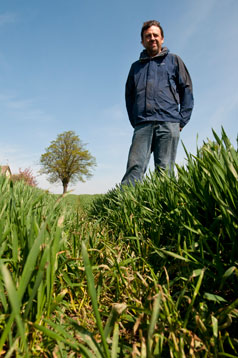 Hand weeders are roaming through organic cereal crops again at Poplar Farm taking out creeping thistle before it sets seed. The cost is high at around £60/ha, but as no money has been spent on the crop other than seed I can’t be accused of being over-generous. Crops look remarkably clean, but if the damp weather persists septoria could appear soon.

Change is inevitable in farming, but it’s usually something I feel comfortable with. It’s a real pleasure when something new works. For example, I have become a mentor to a young farming business as part of a Norfolk-wide competition. Previously, I would have thought that my mentoring skills would not be good, but I have found the process enjoyable and, I hope, valuable for my mentee.

A further change is that I have decided to draw stumps on my time as a Farmer Focus writer. It has been the greatest of privileges to share my thoughts and I am very grateful both to the editorial team at Farmers Weekly, who have put up with my appalling abuse of the English language, and also to the many friends who have dropped me a line to argue, agree or just pull my leg.

Looking back over the period in which I have been contributing, the most positive change has been building a much more constructive relationship with my landlord after some pretty low spots in the past.

Running Poplar Farm will form the rest of my working life and I believe that I can plan for the future with much more confidence – allied to this getting a grip on costs, particularly fixed costs, has been an important achievement.

Best wishes to my successor – the best advice I can give is don’t take it too seriously.