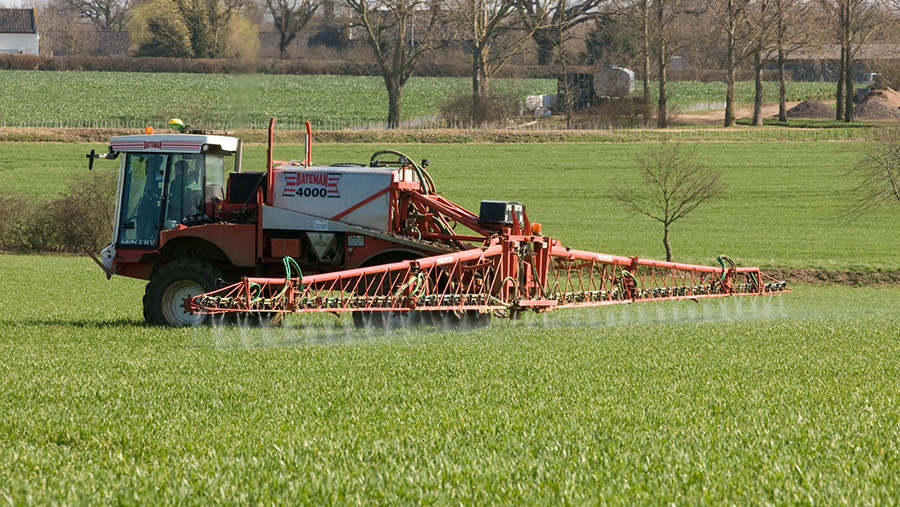 Growers have been warned to not get caught out with newly emerging spring crops, as aphids are expected to fly two to three weeks earlier than normal, according to the AHDB’s Aphid News service.

The average temperature in January and February is thought to be critical in driving aphid pressure in the spring and the mild conditions felt earlier this year means pest activity could kickstart earlier than usual.

“Over the last 50 years, the mean January and February temperature has shown the strongest correlation with the timing and size of aphid migrations,” says Rothamsted Research scientist Mark Taylor, who compiles the AHDB aphid forecasts.

Last December saw record-breaking warm conditions – with temperatures clocked at over 4C above the long-term average.

As a result of the generally mild winter, late aphid flight activity was recorded in suction traps and field reports of aphids multiplying and moving within many autumn-sown crops were also received by Rothamsted Research.

“Along with the remarkable warmth, there were hardly any frosts and it was also very wet. All in all, the weather in December was extremely interesting and way outside anything experienced by the aphid forecasting team.

“We know that the extreme cold snap in December 2010 had little influence on the first flights in 2011, but we await with interest to see if the warm December in 2015 causes the first flights to deviate significantly from those forecast,” says Mr Taylor.

Zantra agronomist Kevin Knight, based in the South East, agrees that the mild winter is having an affect on aphids. “Over-wintered aphid numbers are high; I cannot recall previously seeing winged grain aphid moving in January and February.”

Therefore, his concern is that the corresponding risk of barley yellow dwarf virus is significant and early-sown spring cereals will be potentially exposed to the virus weeks earlier than normal.

“Spring cereals will need an aphicide when they emerge,” says Mr Knight.

Looking ahead, the first aphids are forecast to be caught in suction traps later this month, with the Starcross suction trap in Devon likely to be the first to find aphids flying.

Within the coming weeks, AHDB Aphid News bulletins will be issued each week to help growers stay on top of the latest regional developments in aphid activity.