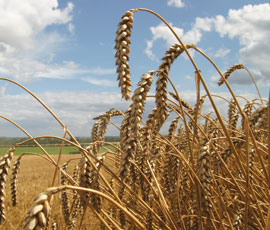 GM crops are back on the UK’s political agenda after the launch of an experimental trial into wheat genetically modified to repel aphids.

Scientists at Rothamsted Research have genetically engineered Cadenza spring wheat that fends off pests by releasing a chemical signal.

The six-month field trial, which was sown in early spring and will be repeated next year, has reignited the debate over the future of genetically modified foods in the UK.

On Sunday (27 May), protestors from the anti-GM group Take the Flour Back are planning a public day of “mass action” against the trial at Rothamsted’s headquarters in Harpenden, Hertfordshire. They have threatened to tear up the trial unless the research is halted.

The crop has already been damaged. A 50-year-old man is facing a charge of criminal damage after an incident at the site on Sunday.

Campaigners fear genes from the wheat will escape and “contaminate” conventional fields of wheat around the trial site.

The organic control body, Organic Farmers & Growers (OF&G), is concerned about the risk of cross-contamination with non-GM crops by growing GM crops in open air.

But scientists at Rothamsted insist the chances of cross-pollination are “very low”. Wheat pollen is “too heavy to travel far on the wind and lives for only a few hours so cross pollination is almost impossible”, they say.

Conventional farmers have also been questioning the relevance of the trial as spring wheat accounts for less than 1% of the UK’s total cropping. Unlike winter wheat, spring wheat is perceived as having less of a problem with aphids.

No GM crops are being grown commercially in the UK, but imported GM commodities, especially soya, are being used for animal feed.

DEFRA, which gave permission for the trial to go ahead, recognises that GM technology “could deliver benefits providing it is used safely and responsibly”.

Like the NFU, it considers GM as one of many tools to address the long-term challenges of global food security, climate change and the need for more sustainable agricultural production with the projected global population expected to jump to 9bn by 2050.

Earlier this year, chief scientific advisor John Beddington said GM crops could play an important role in helping prevent a future global food crisis and he saw no reason to oppose them, provided they were rigorously tested for their impact on environmental and human health.

Sir John said more than one trillion meals have been made using GM crops in North America and there has not been a single case in the law courts of anyone suing after eating GM products.

Attempts to introduce GM to Britain in the late 1990s were met with a wave of action by activists who destroyed trial sites and swayed public opinion against the technology.

Europe has since entered a decade-long stalemate over GM crops. Elsewhere, there is less resistance, especially in the Americas. In 2011, global plantings of GM crops rose by 8% to 160m ha.

Public concern over GMs is apparently easing. A quarter of Britons are now “unconcerned” by GM foods compared with 17% in 2003, says a recent British Science Association survey.

It’s clear that the debate has shifted and both the industry and consumers, who are increasingly interested in where their food comes from, need a renewed debate about the potential of GM foods to decide if this technology can or could be used to meet the future challenges of sustainable food production.

Likewise, more robust scientific research is needed to ensure that any potential side effects of GMs on humans and the environment are identified during research.

In this instance, Rothamsted has taken strict measures to contain the experiment to prevent any genetic material from escaping, including a three-metre “pollen barrier” of wheat that helps to contain pollen from the GM plants within the trial site and a pledge not to grow other cereals within 20m of the site boundary.

A large fence has been built to keep out pigeons, foxes and other small mammals and trespassers. The government’s Advisory Committee on Releases to the Environment (ACRE) approved the measures.

Rothamsted insists that the trial is for research purposes only. The work is sponsored by Biotechnology and Biological Sciences Research Council and not a commercial organisation.

The role of GM crops in agricultural use has caused disagreement, debate and bitter conflict for years. The arguments are strong on both sides and the debate remains as unsettled as ever.

Protesters are always accusing scientists of not having all the answers. But if activists carry out their threats and tear up the crop, it will destroy years of painstaking agricultural research. And then, there will definitely be no answers.

How the GM wheat works

The plant produces a non-toxic odour, (E)-β-farnesene, which it releases to repel aphids and attract their native predators, parasitic wasps (Braconidae). The same compound is found naturally in more than 400 different plant species, including peppermint.

The thinking behind the crop is that if it can be shown to repel aphids successfully, the technology could benefit the environment by reducing pesticide use.

Do we need the Rothamsted GM wheat trial? 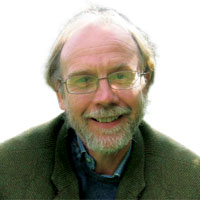 The disconnection between the UK’s farmers and scientists has never been better illustrated than Rothamsted’s decision to conduct a GM wheat trial.

Communications between working farmers and publicly funded scientists appears to be minimal. Even with such a dialogue, the means by which the results of research could be applied in the field disappeared when ADAS’s free service was lost.

Taxpayers have no voice in determining the direction of agricultural R&D, including the loss of valuable research centres where basic agronomic research was carried out.

This lack of communication means that decisions about how to spend very limited public money are made by a relatively narrow mindset, more preoccupied with the technology than its application or need. The promotion of “sustainable intensification” seems to have been accepted with the same political nativity that gave us unregulated banking.

It is easy to see how a GM trial for a crop for which there is no demand from farmers and for which no market exists could happen. Previous GM wheat trials at Rothamsted included herbicide tolerance (HT). But looking at the rapid spread of glyphosate resistance weeds in the US since 2000 suggests the block on HT crops here has turned out to be a good thing.

The same fate could await the aphid-repellent GM spring wheat that is irrelevant to the needs of farmers and consumers.

Recognising this blind alley should lead to a reassessment of R&D priorities so the farmers’ real needs, such as traditional plant breeding using marker assisted selection, maintaining soil fertility without having a negative impact on climate change and pollution and developing a sustainable balance of cultural, biological, mechanical and chemical techniques.

Public investment in GM research has produced very few economic benefits for British farmers in the last 20 years. It is high time we reassessed our R&D priorities and if farmers are to have the tools they require to address the twin challenge of feeding increased population from diminishing resources. 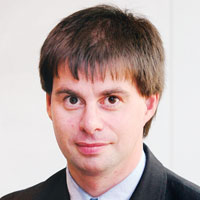 Last year, more than 16 million farmers around the world grew GM crops on 160 million ha – an area larger than France, Spain, Germany and Portugal combined – making it one of the most successful and rapidly adopted agricultural technologies ever developed.

They have chosen to use the technology because it offers the significant benefits of increased yields and reduced inputs such as pesticides and fuel.

If GM were used in Europe, the estimated economic benefits would exceed €400m per year, with permanent reductions in carbon emissions from agriculture of 11kg CO2/ha; benefits which the UK is missing out on. Research institutes like Rothamsted are now working on the next generation of GM crops, which could offer consumers products with nutritional health benefits, or crops more resilient to our changing climate.

Biotechnology is not a silver bullet, but it can complement advanced conventional breeding techniques and better agronomic practices. It is another tool which UK farmers should be able to use to cut carbon emissions, conserve precious resources like water, protect biodiversity, and increase productivity.

Many people are aware of the challenge posed to the global food supply by climate change and an increasing world population, and recent polls show that UK consumers recognise that GM can help farmers to reduce inputs and grow more food in a sustainable way.

There is also increasing recognition that previous media hysteria over the safety of GM crops was unfounded; over two trillion meals containing GM have been eaten without a single substantiated health issue reported, something confirmed by a recent report from the European Commission – not usually known for its pro-GM rhetoric.

As with all new technologies, UK consumers have questions and concerns that need to be addressed. But threats of crop vandalism hold back UK science and demonstrate quite clearly that minority groups like Take the Flour Back have no interest in addressing the very real challenges facing UK farming and global food security.

GM trial will be replanted if destroyed