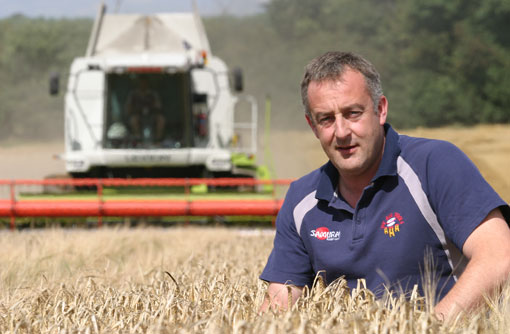 Over the past week I have spent a lot of time walking the fields, as the strange phenomenon called rain came and washed in the nitrogen, causing the farm to look really well. Contrast this with last year, when I wouldn’t even look over a hedge at the drought-ridden fields.

It has brought the countryside to life. The bird population on the estate is very active and our new ELS strips/field corners are progressing well. So I had been feeling quite smug about life on the farm, until I read in this magazine Mark Avery criticising the NFU on its approach to biodiversity. I guess in his blinkered world he writes his eco stuff and tries to be as controversial as possible.

He clearly has not listened to the NFU or farmers who, on the whole, are embracing the environmental responsibilities that come with being modern-day custodians of our countryside. Here on the estate we are in ELS, and doing our bit for the Campaign for the Farmed Environment. We have over 40ha of game cover and introduce plants for song bird feed.

We are not an exception to the rule, so, Dr Avery, you need to see more of what is going on out there on farm rather than having opinions in front of a computer screen. And before I get an angry eco response, I agree there is more to do, we are addressing that, whether we like it or not. As farmers we will have no choice or we will be penalised by politicians forcing us to do as we are told.

Dr Avery, if the NFU are in cloud-cuckoo land, I have no idea what colour the sky is in your world.